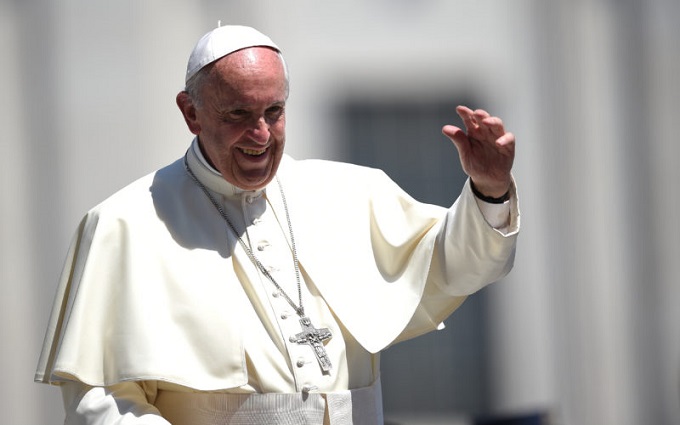 Vatican City: September 7, 2018. (CNA/EWTN News).- God needs Christians to be his hands and feet on earth, and to speak out about injustice wherever it happens, especially when hidden by silence, the pope said in an interview published Friday.

Speaking with "Sole 24 ore," a daily Italian newspaper, Francis said, "the Lord promises rest and liberation to all the oppressed in the world, but he needs us to make his promise effective." "He needs our eyes to see the needs of our brothers and sisters. He needs our hands to help. He needs our voice to denounce the injustices committed in silence, sometimes complicit, of many." "Above all," he continued, "the Lord needs our heart to manifest God's merciful love for the least, the rejected, the abandoned, the marginalized." Speaking in the context of migration and helping those in need, Pope Francis said Catholics must "not stop being witnesses of hope." It is important for migrants to be respectful of the laws and culture of the country they have come to, and it is important for governments to help immigrants to integrate and to not stoke fear, giving a "dignified welcome to many brothers and sisters who call for help," he said. "It is important that our projects and proposals be inspired by compassion, vision and courage, so as to seize every opportunity to advance the construction of peace." In an almost 4,000-word interview for the economics-focused newspaper, the pope spoke at-length about community, the dignity of work, and the importance of the economy being at the service of the human person, rather than the idol of money. "When the person is no longer at the center, when making money becomes the primary and only objective we are outside ethics and we build structures of poverty, slavery and waste," he stated, pointing out that current economic structures "need conversion." "There is a lack of awareness of a common origin, of belonging to a common root of humanity and of a future to be built together," he said, and to gain this awareness would provide the stimulus for new attitudes and lifestyles. Noting that economic activity originates with the human person, he said some people wrongly think "money is made with money," when real money is created by human work and "it is work that gives dignity to man, not money." Francis also decried the high rates of unemployment affecting several European countries, saying it is one consequence of an economic system which worships money. But in the midst of these and other problems, there is still hope, he said. And Christians can struggle together to put the family and the human person at the center. More than simple optimism, hope "carries us forward." It is "like the embers under the ashes," he said, and urged Catholics to help themselves by "blowing on the ashes." He said it is important to work together for the common good and to build a "new humanism of work," promoting work that respects the dignity of the person, "knowing that the good of people and the good of the company go hand in hand." "Let us help ourselves to develop solidarity and to realize a new economic order that no longer generates waste," he said, "by enriching economic activity with attention to the poor and the reduction of inequality."