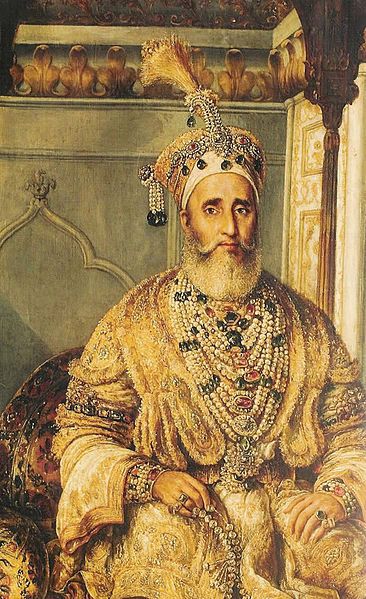 New Delhi: November 7, 2019. (PCP) National Panthers Party held a memorial meeting in New Delhi, the capital of India in memory of Bahadur Shah Zafar’s historic fight against the British rulers in India as last Mughal emperor, who died at the age of 87 in his exile in a Rangoon prison on November 7, 1862. He was removed from power as Mughal King of India arrested along with wife Queen Zeenat Mahal and deported by sea to Rangoon, the capital of Burma. Bahadur Shah Zafar was born in October 24, 1775 who ruled as last Mughal emperor till he was arrested and deported by the British rulers of India. The main charge against the last Mughal emperor was that he supported the revolution from Meerut in 1857. Shah Zafar was arrested by the British rulers and exiled to Rangoon, Burma in 1858 along with his wife and some of the surviving members of his family.

It was a matter of great surprise to this writer, Prof.Bhim Singh, Chief Patron of J&K National Panthers Party and a postgraduate in Law from London University, who reached in Burma in 1972 and offered flowers at his grave in Rangoon when he was concluding his world tour on peace mission around the world on two-wheels. Prof.Bhim Singh had an opportunity to salute a great freedom fighter and the last Mughal ruler when he got an opportunity to visit his grave where he was buried by the British rulers in 1862. He preferred exile, expulsion from India even loosing his throne and everything even the country and preferred exile and death in a foreign country rather than surrendering before the mighty and cruel British rulers. His last words as a last Mughal Ruler shall remain in the national archives of the great patriots who sacrificed their lives for the sake of freedom of Bharata (India). He had offered last words of his Burmese jail memory that he could not get two yards of land in his birthplace (India) for his grave.