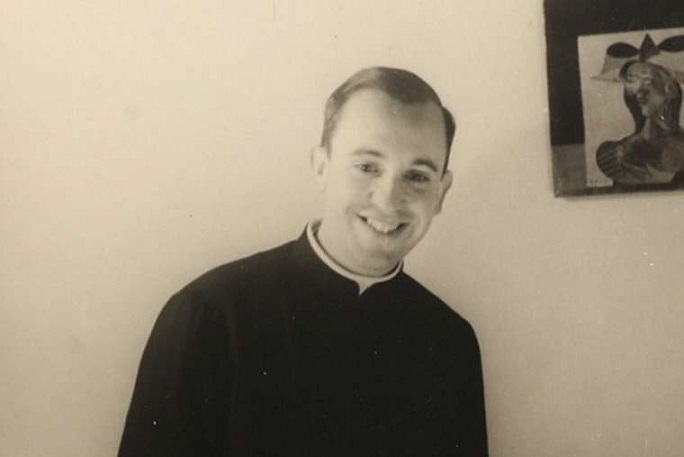 Fiorito, 1916-2005, was a Jesuit Argentine priest, professor, and spiritual writer who died when Cardinal Bergoglio was Archbishop of Buenos Aires.

Vatican City: (CNA) Fifty years ago on Dec. 13, Jorge Mario Bergoglio was ordained a Jesuit priest in Argentina. As pope, he will celebrate his ordination anniversary Friday by honoring one of his early spiritual mentors, Fr. Miguel Angel Fiorito.

Fiorito, 1916-2005, was a Jesuit Argentine priest, professor, and spiritual writer who died when Cardinal Bergoglio was Archbishop of Buenos Aires.

In a preface to a five-volume collection of his writings to be launched Dec. 13, Pope Francis wrote that Fiorito had a “passion for the spiritual exercises,” and “taught many to pray and to discern the signs of the times.”

The future Pope Francis first met Fiorito as a young priest shortly after his ordination in 1969. Bergoglio later put Fiorito in charge of the last stage of Jesuit seminary formation when he served as Jesuit provincial for Argentina.

As a professor of Jesuit spirituality, Fiorito understood that “the spiritual mercy is to teach to discern,” Pope Francis wrote in the preface to his spiritual writings which he will present at the General Curia of the Society of Jesus Dec. 13.

“He had a special nose to feel a bad spirit, he knew how to expose him for his bad fruits. He was a man of combat against a single enemy: the bad spirit, satan, the devil, the tempter, the accuser, the enemy of our human nature,” he said.

Pope Francis described Fiorito in the preface as both “a man of “dialogue and listening” and “lovable father, a patient master and a firm adversary.”

The pope discovered his own vocation to the priesthood as a chemistry student in Argentina after a making a confession with a priest who was dying from leukemia.

“At that moment I felt that I had to become a priest. And I didn’t have the slightest hesitation,” Bergoglio said in an Italian radio interview in 2013.

In 1958, he entered the novitiate of the Society of Jesus. He received a philosophy degree in 1963, taught literature and psychology, and then studied theology. He was ordained a priest in 1969. He would go on to serve as Jesuit provincial for Argentina, a seminary rector, a pastor, a professor, and a spiritual director.

Fr. Bergoglio was consecrated an auxiliary bishop of the Buenos Aires archdiocese in In 1992. He became the archdiocese's coadjutor archbishop in 1997, and succeeded as archbishop the following year. St. John Paul II appointed Archbishop Bergoglio a cardinal in 2001.

Pope Francis began his 50th ordination anniversary with a private morning Mass in Casa Santa Marta with all of the cardinals present in Rome. In the evening, he will celebrate with the General Curia of the Society of Jesus as he presents Fiorito’s collected writings.

Fr. Fioriti “brought us the divine imprint that the Lord Jesus has impressed on his life: that of the passion for spiritual exercises, which are an instrument for knowing how to feel and taste the Lord's request to our soul and help to cleanse it of all ambiguities,” Pope Francis wrote.