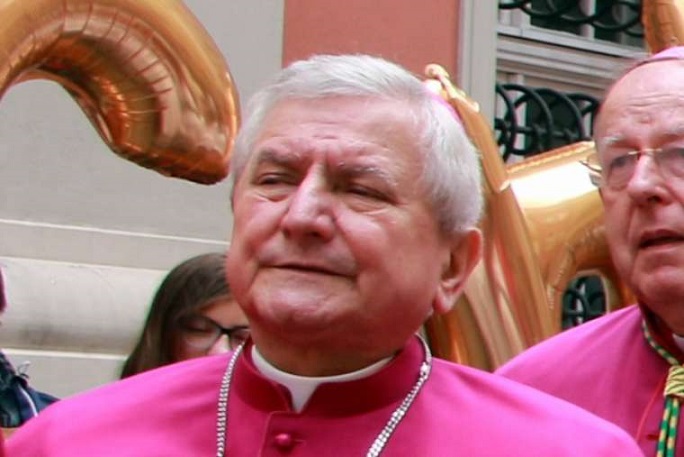 The Vatican announced June 25 that the pope had named Archbishop Grzegorz Ryś of Łódź as the apostolic administrator “sede plena” of the Diocese of Kalisz in central Poland.

Vatican City: (CNA) Pope Francis appointed Thursday an apostolic administrator to take charge of a Polish diocese whose bishop is under investigation over his handling of an abuse case.

The Vatican announced June 25 that the pope had named Archbishop Grzegorz Ryś of Łódź as the apostolic administrator “sede plena” of the Diocese of Kalisz in central Poland.

“Sede plena” is a term used to signify that a see is still occupied by a bishop.

The decision is the latest blow for the Bishop of Kalisz, Edward Janiak.

In May, he was the subject of a documentary film, Hide and Seek, by Marek and Tomasz Sekielski. The filmmakers brothers provoked a nationwide discussion last year when they released a documentary, Tell No One, addressing clerical abuse in Poland. The film has been viewed almost 24 million times on YouTube.

Their new film accused Janiak of failing to take action against a priest accused of abuse.

On May 16, the day Hide and Seek was released, Archbishop Wojciech Polak, the Primate of Poland, reported the case to the Vatican.

On June 2, the Archdiocese of Poznań announced that the Vatican Congregation for the Bishops had authorized Archbishop Stanisław Gądecki, Janiak’s metropolitan archbishop, to conduct a preliminary investigation of the accusations under Vos estis lux mundi, a 2019 motu proprio issued by Pope Francis concerning episcopal accountability.

On June 15, the Polish newspaper Gazeta Wyborcza published a leaked letter from Janiak to fellow Polish bishops criticizing Polak for reporting him to the Vatican.

Gazeta Wyborcza reported June 23 that Janiak was hospitalized in Kalisz in early June with a large amount of alcohol in his system. It said that he was taken home by friends after being given an IV.

The diocese did not comment directly on the report, but said that the 67-year-old bishop had been diagnosed with cancer a few years ago and often required medical care.

Reacting to the report, a spokesman for the Polish bishops’ conference said: “In response to the questions concerning today’s reports about Bishop Edward Janiak, I firmly declare that -- if the information provided in the media is confirmed -- the described situation should never happen.”

“It is understandable that every such information arouses numerous social reactions and evokes emotions among the faithful. Currently, we are waiting for a reliable explanation of the media reports on this event, which -- once again -- should never take place, especially among the people of the Church.”

Janiak was appointed Bishop of Kalisz by Pope Benedict XVI in 2012. He had previously served as an auxiliary bishop of the Archdiocese of Wrocław.