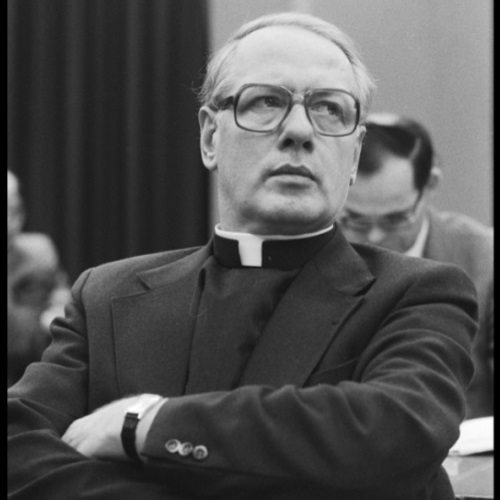 The cardinal led the Archdiocese of Utrecht for nearly 25 years, and is remembered for his dedication to defending Catholic doctrine regarding marriage, the family, and the dignity of each human life. The archdiocese announced his death Sept. 2.

The cardinal led the Archdiocese of Utrecht for nearly 25 years, and is remembered for his dedication to defending Catholic doctrine regarding marriage, the family, and the dignity of each human life. The archdiocese announced his death Sept. 2.

“Commending his soul to the loving mercy of Jesus the Good Shepherd, I join you in giving thanks to Almighty God for the late Cardinal’s faithful witness to the Gospel, his years of devoted episcopal ministry to the Churches of Rotterdam and Utrecht, and his valued efforts in the service of ecclesial communion,” the pope wrote in a telegram to Cardinal Willem Eijk, the present Archbishop of Utrecht, Sept. 3.

The pope offered his apostolic blessing to all who mourn Simonis in the sure hope of the Resurrection.

Born in 1931 in Lisse, a town in the Netherlands famous for its tulip gardens, Simonis was raised in a family of 11 children. He was ordained to the priesthood in 1957 and studied biblical exegesis in Rome before St. Pope Paul VI named him a bishop in 1970.

Simonis served as Bishop of Rotterdam from 1971 until 1983 when he was installed as Archbishop of Utrecht. He served as president of the bishops’ conference of the Netherlands and Grand Chancellor of the Catholic University of Nijmegen.

St. Pope John Paul II made Simonis a cardinal in 1985. He was succeeded by Cardinal Eijk in 2007 upon his retirement.

Eijk remembered his predecessor as a Church leader “with a great pastoral heart.” He said that Simonis lived out his episcopal motto, “Ut Cognoscant Te,” or “So that they may know you,” in many ways over the past decades.

After the death of Simonis there are a total of 220 living cardinals, which include 122 cardinal electors -- 66 of whom were appointed by Pope Francis.