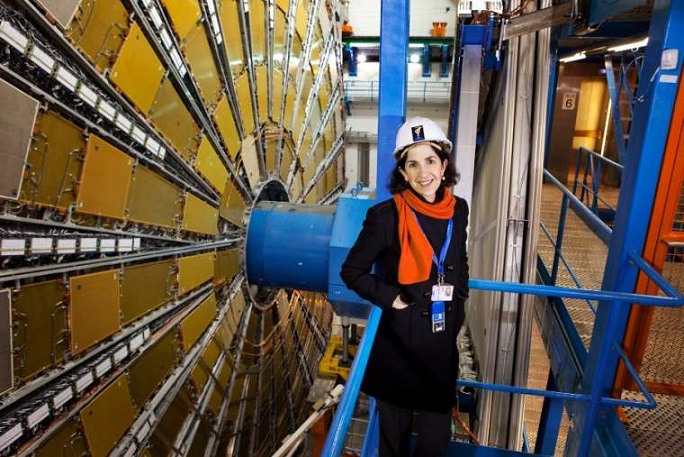 The Holy See press office said Sept. 29 that the pope had named Fabiola Gianotti as an “ordinary member” of the academy.

Vatican City: (CNA) Pope Francis appointed the director-general of the European Organization for Nuclear Research (CERN) Tuesday to the Pontifical Academy of Sciences.

The Holy See press office said Sept. 29 that the pope had named Fabiola Gianotti as an “ordinary member” of the academy.

Gianotti, an Italian experimental particle physicist, is the first female director-general of CERN, which operates the world’s largest particle accelerator at its laboratory on the border between France and Switzerland.

Last year, Gianotti became the first director-general since CERN was founded in 1954 to be re-elected for a second full five-year term.

On July 4, 2012, she announced the discovery of the Higgs Boson particle, sometimes referred to as the “God particle,” whose existence was first predicted by the theoretical physicist Peter Higgs in the 1960s.

In 2016, she was elected to her first term as director-general of CERN, home to the Large Hadron Collider, an almost 17-mile ring under the Franco-Swiss border which started operating in 2008. Her second term will begin Jan. 1, 2021.

The Pontifical Academy of Sciences traces its roots back to the Academy of the Lynxes (Accademia dei Lincei), one of the world’s first exclusively scientific academies, founded in Rome in 1603. The short-lived academy’s members included the Italian astronomer Galileo Galilei.

Pope Pius IX re-established the academy as the Pontifical Academy of the New Lynxes in 1847. Pope Pius XI gave it its current name in 1936.

One of the current members, who are known as “ordinary academicians,” is Francis Collins, director of the National Institutes of Health in Bethesda, Maryland.

A 2018 New York Times profile described Gianotti as “one of the most important physicists in the world.”