Pope Francis appoints bishop in US as administrator of Canadian eparchy 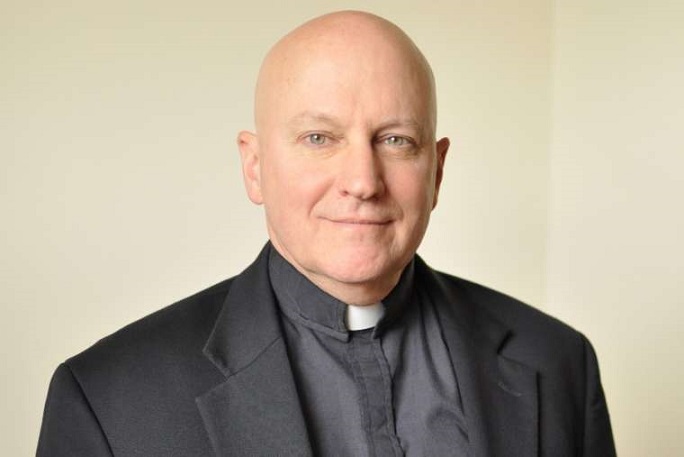 The Holy See press office announced Oct. 20 that the pope had named Bishop Kurt Burnette as the apostolic administrator of the Slovak Catholic Eparchy of Ss. Cyril and Methodius of Toronto.

The Holy See press office announced Oct. 20 that the pope had named Bishop Kurt Burnette as the apostolic administrator of the Slovak Catholic Eparchy of Ss. Cyril and Methodius of Toronto.

The pope made the appointment after accepting the resignation of Bishop Marián Andrej Pacák, who had overseen the eparchy since 2018.

Pacák, 47, was the third bishop of the eparchy for Byzantine-rite Eastern Catholics of Slovak origin in Canada since it was founded in 1980.

The Vatican did not give a reason for the resignation of the bishop, who was born in present-day Slovakia in 1973 and is a member of the Redemptorist order.

Burnette, 64, will administer the eparchy while continuing to serve as the bishop of the Byzantine Catholic Eparchy of Passaic, located in Woodland Park, New Jersey.

He was enthroned in 2013 as the fifth bishop of the eparchy which was established in 1963 and serves an estimated 14,000 Ruthenian Catholics along the Atlantic coast of the U.S.

He was born in Fakenham, a market town in Norfolk, England, in 1955. He was ordained a priest for the Ruthenian Eparchy of Van Nuys in 1989.

Burnette received a licentiate in canon law from the Pontifical Oriental Institute in Rome in 2007, and holds doctorates in civil law and mathematics, according to a biography on the website of the New Jersey Catholic Conference.

He has served on the tribunals of the dioceses of Phoenix, Las Vegas, Gallup, and Santa Fe. He was appointed rector of the Byzantine Seminary of Ss. Cyril and Methodius in Pittsburgh in 2012, a post he held until his appointment as bishop.

The Slovak Catholic Eparchy of Ss. Cyril and Methodius of Toronto is part of the Slovak Greek Catholic Church, one of the 23 autonomous Eastern Catholic Churches in full communion with Rome. But it is immediately subject to the Holy See, rather than being a suffragan see.

The eparchy remained a vacant see between 2016 and 2018 after Pope Francis named Bishop John Stephen Pažak as the eparch of the Ruthenian Catholic Eparchy of the Holy Protection of Mary, based in Phoenix, Arizona. Pažak remained apostolic administrator of the Canadian eparchy until Pacák was appointed on July 5, 2018.