Christian Persecution Follows US, UK and France in Kosovo, Libya, Iraq and Syria. By Murad Makhmudov and Lee Jay Walker 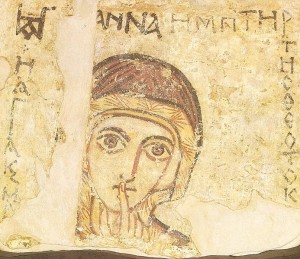 Recent interventions by America, France and the United Kingdom equates to Christian persecution and enormous instability. This reality would appear to be a constant Western policy because the same scenario keeps on happening. Of course, in terms of numbers then Muslims have been killed in vast numbers based on sectarianism and political motives. However, for minority Christian communities in Kosovo, Libya, Iraq and Syria it is clear that Western meddling is creating a nightmare for Christians.
Indeed, it is ironic that in Syria it is the mainly Muslim members of the armed forces that are protecting Christians from brutal Takfiri sectarians, Islamist terrorist groups and an array of mercenaries. Like usual, these brutal forces in Syria are being supported by America, France and the United Kingdom based on Gulf petrodollars and the intrigues of Turkey. Therefore, even when opposition terrorist and sectarian forces kidnap Christian nuns, attack churches and threaten to cleanse the Christian minority this doesn’t worry America, France and the United Kingdom. Instead, these three Western powers just prepare more spin and hide behind language. Yet all three nations know what happened in Kosovo, Libya and Iraq.
The latest massacre against Christians happened in Libya whereby seven Egyptian Christians have been executed by suspected Islamists. Of course, during the rule of Colonel Gaddafi in Libya the Christian community wasn’t singled out. However, Western and Gulf powers utilized terrorists and mercenaries in order to defeat Gaddafi in Libya therefore not surprisingly today this nation faces growing Islamist militancy.
In Kosovo after the ending of this conflict it is clear that many Orthodox Christian have been killed, churches destroyed and many Christian areas have been written off the map. Indeed, even today Orthodox Christians can’t fully travel around Kosovo because of the fear of being attacked. Also, many ancient Orthodox Christian monuments have been destroyed and now the indigenous Orthodox Christian community resides in ghettoes in Kosovo.
In Iraq it is clear that Saddam Hussein was both anti-Shia and anti-Kurd but Christians did not face persecution under his watch. Yet when Iraq was invaded then soon this would be followed by sectarianism, terrorism and anti-Christian attacks. This reality led to the majority of Christians fleeing their homeland because at no time were the various Christian communities deemed to be worthy of being protected by Western troops. Instead, just like the Orthodox Christians of Kosovo, the Christians of Iraq would soon be in disarray after being abandoned by allied forces based on the political whims of Western political elites in America and the United Kingdom.
The government of Syria is now fighting for its survival therefore the various Christian communities fear another Iraq. At the moment, Christians can still worship freely in Syrian government controlled areas. Yet, in areas under various terrorist and Takfiri groups, it is clear that Christians are being pressured to convert to Islam, cleansed, murdered and other barbaric realities. Despite this, political elites in America, France and the United Kingdom are supporting feudal Gulf nations and the whims of Turkey. Therefore, the survival of Christianity currently depends on the government of Syria because clearly the majority of Christians will flee if Western and Gulf sectarian backed terrorists win.
In Libya the recent brutal execution of seven Egyptian Christians is following the same pattern. Fox News in January 2014 says: “Libya’s Coptic Christians, who number about 300,000, or 5 percent of the population, were allowed to practice their faith under dictator Muammar Qaddafi. But since the strongman was ousted from power, and ultimately killed, Muslim fundamentalists have increasingly filled the power void. Last month, the national assembly voted in favor of making Koranic law, or Shariah, the basis of all legislative decisions, meaning Islam will shape all future banking, criminal and financial cases.”
Further down in the same article Fox News says: “The emerging political and legal system’s orientation, combined with the rise of militants in the oil-rich nation, has left Christians feeling like the promise of democracy in the wake of Qaddafi’s fall has been broken.”
The massacre of Egyptian Christians in Libya sums up the usual realities following on from the meddling of America, France and the United Kingdom. Can this reality in Kosovo, Iraq, Libya and Syria be a coincidence – or, does it mean that an anti-Christian agenda is at the heart of major Western powers? The East Timorese witnessed the same reality just like the Biafrans in Nigeria. Likewise, today Papuans in West Papua face Islamization and Javanization in Indonesia but Western powers care little. It would appear that Christians are expendable when it comes to geopolitical concerns and appeasing the anti-Christian and anti-Shia state of Saudi Arabia.
Orthodox Christians fear to walk openly in Kosovo despite this land being the cradle of Serbian Orthodox Christianity. Likewise, Christians fear to walk in Libya, Iraq and Syria because of the meddling of Western powers.
http://www.foxnews.com/world/2014/01/12/libya-lurch-toward-shariah-sends-chill-through-christian-community/
leejay@moderntokyotimes.com
http://moderntokyotimes.com