'Homophobia is a choice, not homosexuality': Inter-faith message. By Bobby Ramakant 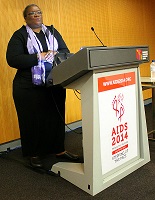