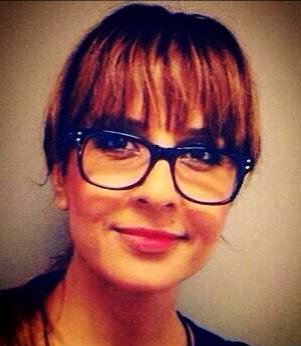 With a new Afghan president on the scene, there is an opportunity to inject new momentum into the fight against narcotics, but first of all the past mistakes must be recognized and addressed. The share of opium in the Afghan economy had increased during the time of soviet occupation drastically and with the outbreak of the civil war after the fall of the communist regime in 1992, drug producing and trafficking became the biggest contributor to the Afghan GDP. One of the worst upsetting developments recently has been the enormous surge in production of opium poppies which, according to the UN and John Sopko, the US Special Inspector General for Afghanistan Reconstruction, has hit “unprecedented” heights. This is all happened despite the fact that United States has invested more than $7 billion to combat opium poppy cultivation and to develop the Afghan government’s counter narcotics capacity. But opium poppy cultivation levels in Afghanistan hit an all-time high in 2013, hitting 209,000 hectares, surpassing the prior, 2007 peak of 193,000 hectares. Moreover Profits garnered from the production of opium and other poppy-derived drugs have increased from $2 billion in 2012 to $3 billion in 2013. It’s being believed that Afghanistan produces more than 80% of world opium. Taken as a whole, the Afghan poppy industry is worth $3 billion in opium and its derivative products (such as morphine and heroin).
All of the fragile gains Afghan society have made over the last 12 years on women’s issues, health, education, rule of law, and governance are now, more than ever, in jeopardy of being wiped out by the narcotics trade which not only supports the insurgency, but also feeds organized crime and corruption. Other disturbing thing is that it’s being feared that the Afghan poppy cultivation will continue to rise because of deteriorating security in rural Afghanistan and weak eradication efforts. Now Afghan rural farmers because of affordable deep-well technology are finding their cost of production for poppy very low. This technology was brought to Afghanistan over the past decade had enabled Afghans to turn 200,000 hectares of desert in the south-west of the country into arable land, much of it devoted to poppy production. But other factors are also contributing in opium boast mainly growing insurgency, poverty, lack of rule of law, administrative corruption, weak government and warlordism. United States in the past decade tried very hard to curb this drug menace they took several steps including eliminating the political influence of drug lords in the corrupt Afghan administration. But there strategy failed on both fronts, because the Afghan government didn't have the needed political will to go after prominent drug lords, and farmers did not receive the right incentives to abandon opium cultivation in the most unstable provinces.
One other alarming fact is that poppy cultivation has shifted to areas where government presence is broadly supported and security has improved from more remote and isolated areas where governance is weak and security is inadequate. Nangarhar had been considered a model for successful counterinsurgency and counter narcotics efforts and was deemed “poppy free” by the U.N. in 2008. It, however, saw a fourfold increase in opium poppy cultivation between 2012 and 2013. This clearly shows Afghan government lack of will to go after this illicit trade may be because this trade warms up the pocket of government officials as well. We should also focus on rural development and providing farmers with other cash corps so that they can cultivate other crops rather than opium. Any progress in counter narcotics in Afghanistan will take a lot of time may be many, many years. Rural development programs in much less destroyed areas often take several decades. But it seems like things may change in coming time as our new President Ashraf Ghani has already started the fight on corruption and he needs the support of us to tackle the drug issue before it constitutes a major source of income for other international terrorist groups, such as the Islamic State of Iraq and the Levant (ISIL) in Iraq and Syria.
(Author is an Afghan doctor currently living in Sydney, Australia can be reached at drfloafghan@gmail.com)