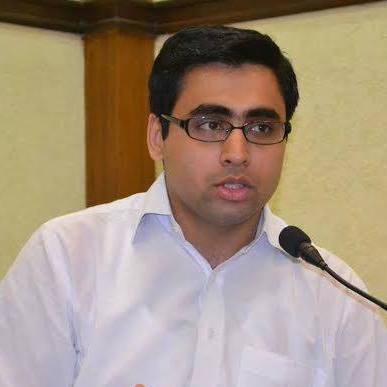 A new Great game is again taking shape and form in the mainland Asia; or in the real sense of the term at the heart of Asia. Of course, compared to the old Great Game that was heavily focussed on Afghanistan, it is now more in the Afghanistan-Pakistan (Af-Pak) region and this time Pakistan is the pivotal point that can have far reaching impacts for the entire continent of Asia and global geopolitical crisis in the long run. The conflict as in the past between the then British and Russian empires over the control of Afghanistan has now shifted to global geopolitical dominance between multiple players like the United States and her western alliances, Russia, China, India, Pakistan, Afghanistan, Central Asia, Iran and the Middle East lead by Saudi Arabia. Even Turkey and Israel have chances to get embroiled into the rising vortex of global powers focussing heavily on this region of Middle East and Af-Pak with tipping points that may have far reaching impacts not only on regional but global peace, security and economy.

The Af-Pak region has been a flashpoint for several decades since the partition of the Indian subcontinent. Furthermore, Afghanistan has been the graveyard of civilizations for even centuries. As a matter of fact, the entire Asian continent has been on a boiling pot for a long time. Multiple intra-continental conflicts between several adjoining countries, regions and economies have weakened the fault line across Asia including Arab-Israel conflicts, Iran-Iraq wars, war of dominance over the Islamic Asia and North Africa between Saudi Arabia and Iran, conflicts across the entire Middle East and North Africa, Afghanistan-Pakistan, Indo-Pakistan, Sino-Indian, China-Taiwan, Japan-Russia, Japan-China, North Korea-South Korea, North Korea-Japan, the South China Sea disputes between China and South Asian countries like Vietnam, the Philippines, Brunei, and Malaysia have been slowly going from bad to worse over the decades.

The growing distrust and lack of mutual respect for sovereignty, integrity and peace between adjacent countries is making Asia the boiling point of massive geopolitical upheaval in the future. Furthermore, the global powers like the United States and allies and Russia moreover other important powers like China, Japan and India are also getting deeply embedded in close knit conflicts over the control of the continent making a future point of no return for all parties including every stakeholder nation in the region. However, the biggest fault line and future tipping point for the Asian crisis lies at the centre of the infamous Af-Pak region. The humanitarian crisis of people escaping the conflict zones of the troubled areas Asia and Africa into Europe, Rohingya crisis between Myanmar-Bangladesh and related issues has further complicated the already declining situations across Asia.

Incessant conflicts, local wars, ambush, guerrilla warfare, rise of radical Islam and devastating insurgency as well as complete lawlessness for decades has weakened the Af-Pak region beyond achievable recovery towards peace, political stabilization and economic development. Furthermore, wrong foreign policies and repeated strategic blunders made by formidable global powers like the United States have made this region vulnerable to future disintegration, destabilization, complete chaos, anarchy and lawlessness with deep geopolitical vacuums with high possibilities to spill over into the adjoining regions of the Middle East, Central Asia, Russia, China and India. Recently US hastly arranged peace talks with Taliban clearly illustrates this. US is in hurry to leave Afghanistan. This will definitely create a security vacuum and eventually led to fall of national government. Which in turn Afghanistan into a citadel of transnational terrorism and provided sanctuary to different kinds of Jihadists groups including Pakistani sectarian groups, Chinese Uighurs militants, Uzbek jihadists, Arab terror groups, Indonesian and other South East Asian Islamists. But the one country that has anticipated this monumental regional cum global geopolitical crisis correctly in advance and taken preventive and curative actions to her maximum benefit under the compelling circumstances is China.

The Chinese One Belt One Road (OBR) Initiative connecting China to Asia, Europe and Africa has been the most important underlying factor that has and will further accelerate the new Great Game in the Af-Pak region drawing attention of all the local, regional and global competing powers with varied interests. The mercurial rise of China first as the global manufacturing hub; and then into a formidable geopolitical and military force has been signalling distressing cues regarding real Chinese intentions and ambitions behind her OBR initiative. It is important to note that the central link of the massive OBR initiative is being currently manifested through the China Pakistan Economic Corridor (CPEC) project that runs through the highly disputed and controversial Kashmir region between India and Pakistan connecting land locked Western China to the warm waters of the Arabian Sea. This massive infrastructure build up will be connecting China to the highly strategic Indian Ocean and the Persian Gulf. Although China’s official take on the CPEC project diplomatically has been as an infrastructural and economic development initiative. However, most competing global powers like the United States and her allies including neighbouring India, Iran, Middle East, Central Asia, Israel and Russia consider this as a major military infrastructural development by China for her intense ambition of global dominance.

However, the CPEC has been a contention of conflicts between rising competition beaten two Asian giants India and China. The CPEC running across Gilgit-Baltistan of the highly disputed Kashmir region is viewed as an aggressive posture by China into a disputed territory with infringement inside an unresolved; and closely claimed region by both India and Pakistan from 1947-48 onwards. Pakistan’s severe economic dependency on Chinese financial support to keep running her devastated economy has led China deeper inside the supreme power corridors of Pakistan. This deep involvement of China inside Pakistan has alerted India, Israel and the US alike. However, due to the severely strained relationships between the US and Pakistan and strong sanctions imposed on the later by the current US government has further accelerated the pushing of a globally cornered and highly isolated Pakistan into the hands of China even more making the local geopolitics highly complex and raised mistrust among adjoining India, Afghanistan and Iran significantly about the growing China-Pakistan nexus. To counter the threats of the CPEC; India, Iran and Afghanistan have successfully established an alternative trade route via the Chabahar port of Iran against the Gawadar port of Pakistan, an integral part of the CPEC initiative.

Although China has openly invited neighbouring countries like India, Afghanistan and Iran to join CPEC, but it has not yet been well received by these countries due to deep mistrust about one another. In a recent twist of events, Saudi Arabia and UAE have assured Pakistan regarding heavy investments and becoming major stakeholders in the CPEC project much to the astonishment of China and India. This new turn of events has made this New Great Game even more interesting with paradigm shift of interests among stakeholders. Both Saudi Arabia and UAE are known to be long term dedicated US allies, their participation brings in new focus to this highly troubled region with long term implications.  Involving strong and dedicated US allies into a Chinese project that provides the platform for China’s ambition of global dominance is never going to be well received by Beijing for her own strategic interests. For Pakistan it is a relief as it brings in new financial resources and can also help reduce her absolute dependence on China. For Afghanistan this is serious concern due to the avid support of these regimes for the erstwhile Talibans; and for India it is wait and watch situation before she can take any steady step. But this is absolutely a red flag issue for Iran. After decades of serious conflicts with the forces lead and supported by Saudi Arabia; it is distressing for Iran to watch two dedicated US allies operating from Pakistan close to her border and compromising her sphere of influence and security.

A strong coalition of Islamic forces in the already troubled Af-Pak region is a serious concern for the US, Russia, China, India and Israel alike. Furthermore, a troubled and isolated Turkey under President Erdogan has been trying to catch fish in this muddy water making the situation ready for heavy conflicts and confrontation in the not so distant future. Last but not the least; this has been a region of headache for the US and her allies for last few decades. They are in a deep dilemma of deciding whether to stay back or move out of this region completely or partially. Nothing significant has been achieved for establishing peace and political desirability in Afghanistan under the US occupation. Leaving this region means complete loss of face for the US setting a bad global precedent; where as holding back is draining blood and dollars at the same time. Strong US presence in the region with deteriorating relationship with Pakistan means giving space for the development of a Turkey-Pakistan-China-Russia quad that can harm US interest in the region from a long term perspective. Thus the Af-Pak region is moving steadily into a powerful vortex of geopolitical crisis and converged interest of too many nations into one region that has the dynamics as well as the underlying force to develop into a global geopolitical crisis resulting in clash of civilizations and global and regional powers in the future. The region is moving further into a highly complex situation initiating and supporting the platform for staging the New Great Game to take action. We need to wait and watch to see the geopolitical changes that are slowly taking shape in this troubled area of the Asian continent.