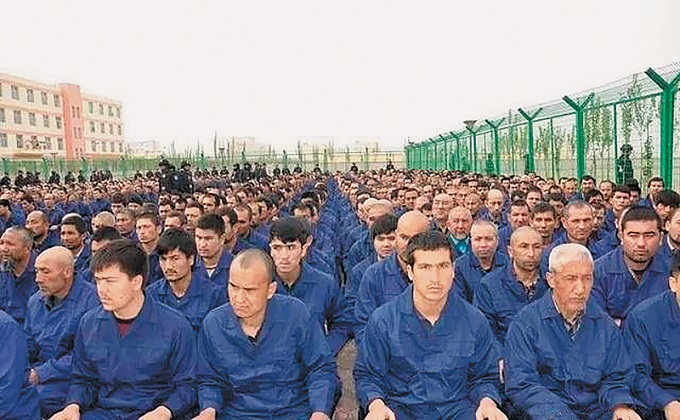 There is a lesser-known political side to the promised economic boom China-Pakistan Economic Corridor (CPEC) that the world is only now waking up to: the corridor helps China to buy Pakistan’s studied silence on persecution of the Uighur Muslims in its Xinjiang province located close to the Pakistani territory. The territory is close enough for Uighurs to move to Pakistan to seek a measure of freedom and economic survival. If the trickle has not become a flow, it is because of the tacit, very active, understanding between the two governments. In Pakistan, this is followed no matter who rules in Islamabad, since the army that oversees and greatly influences and determines political processes remains constant and is keen on China connection.

Islamic solidarity and human rights be damned. Although Uighurs began to migrate to what is today Pakistan in the 19th century, Pakistan hosts only a small number, estimated at a mere 2,000 of Uighurs. Any attempt to return to China or to speak about the conditions of fellow-Uighurs back home, gets the authorities’ strong arm. Many Pakistanis, too visit the Chinese side, mainly for business. Here, their penchant for marrying locally has raised complications that both sides are finding difficult to tackle since the political systems of the two are different. Pakistani businessmen in Xinjiang find their wives and any adult children ‘disappearing’ have nowhere else to complain or to search them. The Chinese say they are taken for ‘educational’ purpose, which is mix of ‘de-toxing’ them of their Islamic practices and beliefs and ensure that they are not security threats. The governments’ silence is mutual. China does not comment on what it says are Pakistan’s ‘internal’ matters, but ensures that the Uighurs on the Pakistani side do not speak up or get restive against Beijing.

China is also keeping a hawk-eye on Uighurs getting mixed up with the Pakistani jihadi militant groups. Many Uighurs were trained to fight against the Soviet-backed regime in Afghanistan, but Beijing by and large ensured that they did not return home to create problems, like jihadi groups of other nationalities did in their respective homes across the West, South and Central Asia. China is deeply wary of the threat East Turkestan Islamic Movement (ETIM) under which the Uighurs are organized, could have had some connections with the apex body of the Pakistani Taliban, the Tehreek-e-Taliban Pakistan (TTP). The militants of the latter group attacked Chinese nationals in Pakistan a few times. In 2012, TTP murdered a tourist from China and explained that this was an act of “revenge for the Chinese government killing our Muslim brothers in the Xinjiang province.” It took the Chinese long years of effort to curb the Uighurs’ training in Pakistani camps set up by the Islamist groups enjoying the Pakistan Army’s patronage. In 2015, Pakistan Army said it had eliminated all Uighurs among the militants through military operations.

The year 2007 had brought the problem to head when Uighurs working in shops and massage parlours, allegedly selling sex on the quiet, caused conflict with Islamabad. Young students from Lal Masjid in Islamabad, intent on spreading ‘pure’ Islam, attacked them. Under pressure from Beijing, then military ruler, Gen. Pervez Musharraf, ordered a siege of the mosque killing a hundred students. The issue festers till today. It also contributed to Musharraf’s eventual debacle and ouster the next year when he mismanaged the political troubles with the judiciary and the media. It is still unclear how far the CPEC has helped China to buy Pakistani action and vigilance over the Uighurs, much less the safety of the corridor itself. But indications are that Pakistan, hugely beholden by the money, if not local jobs, that CPEC brings, may have ended sheltering and training Uighurs. The access that the Chinese get into Pakistan, thanks to the CPEC. An estimated 60,000 Chinese are working on CPEC projects, while others set up shops. As a result, with the Chinese dragon in its room, Pakistan does not say anything against China’s handling of Uighurs, the fellow-Muslims. It may rise against the plight of Muslims in Syria, while unable to prevent the activities of Islamic State (IS)-affiliated groups on its own soil. It may speak against the persecution of the Rohingya Muslims in distant Myanmar while hosting an estimated 400,000 Rohingyas on its soil. But expediency – political, religious, social, cultural and military – prevents it from talking about the Uighurs. That silence is adequately bought by CPEC. Prime Minister Imran Khan, during his last New York visit, at the United Nations, said the Uighur issue was ‘sensationalized’ by the world community. Of course, he dare not name the Western governments and the media that are behind what he says is being ‘sensationalized’. He could not have said anything more for fear of annoying the West, especially the US, to whom it has turned for an economic bailout through the International Monetary Fund (IMF).

Silence is golden, as they say.  Under the growing vice-like grip of the CPEC, a politically unstable and economically beleaguered Pakistan is unlikely to annoy China, its “iron friend”. It is only a matter of time, however, that the Chinese influence, through CPEC and otherwise, over the military and the political establishments permeates to the Pakistan society.