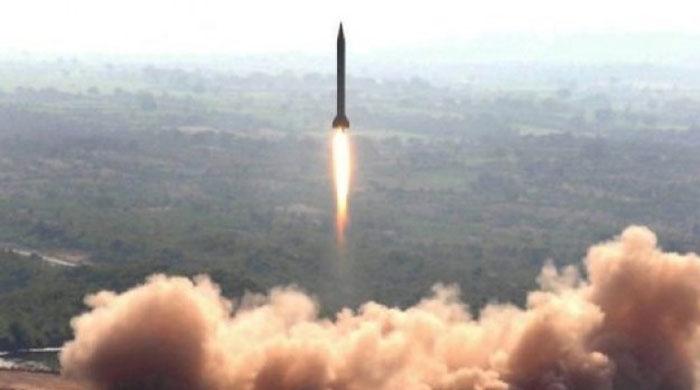 According to the German government official documents, Pakistan has been indulged in illegally procuring technology used in nuclear, biological and chemical (NBC) weapons. This has been revealed during an official reply conveyed by the German government earlier this month to a question posed by several lawmakers of Die Linke (Left Party), including Sevim Dagdelen, the deputy leader of the party’s parliamentary group.

In a July 2018 report on Proliferation – Wirhabenverantwortung (Proliferation – We have a responsibility), the German domestic intelligence agency, Bundesamt für Verfassungsschutz (BfV), raised similar concerns stating that “there had been a “massive increase” in Pakistan’s attempts to clandestinely procure nuclear goods in Germany and other Western countries.  Furthermore, these efforts will not die down and for sure, these intensive efforts would continue in the future as well”.

The recent apprehensions of the German government are clearly in sync with German intelligence agency.

This development came into light when Sevim Dagdelen and four other MPs of the German’s Left Party, Dei Linke sought information from the government on quantitative and qualitative changes since 2010 efforts by foreign countries, including Pakistan, to illegally procure goods needed for the research and manufacture of chemical, biological, radiological and nuclear (CBRN) weapons and carrier systems from Germany, which is a “worthwhile target area” as it is home to numerous hi-tech companies.

The German government, in its reply, stated that “since 2010, Pakistan has seen a sharp increase in illegal procurement efforts to proliferation-relevant activities in recent years in contrast to other foreign countries, including Iran whoseactivities had witnessed a significant reduction since the Joint Comprehensive Plan of Action (JCPoA) came into force in January 2016.

The German intelligence agency, BfV, had also feared in its 2018 report that these efforts of Pakistan are aimed at with only one objective of countering its neighbour, India. It projected that since Pakistan hadn’t signed the Nuclear Non Proliferation Treaty (NPT) and related security agreements to a civilian nuclear programme, these “extensive military nuclear and carrier technology programme are directed against the ‘arch-enemy’ India”.

In a German TV programme Tagesschau, Dagdelen, who is also a member of the foreign affairs committee of German Parliament, demanded the federal government to end arms supplies to Pakistan, especially with regard to the ongoing Kashmir conflict She judged Pakistan, who isamong the recipients of the German armaments among developing countries, “a non-reliable partner”.

In a 2016 report prepared by Project Alpha of the Centre for Science and Security Studies at King’s College,London,had cautionedthe world that “Pakistan should be kept out of the Nuclear Suppliers Group (NSG) because of its deliberate strategy of using front companies and other deceptive methods to obtain dual-use goods for its nuclear programme. It also claimed Pakistan to be a non-responsible actor in the non-proliferation domain”.

These claims about Pakistan’s being a rogue State are not at all baseless, as its founder of nuclear program, Dr. Abdul Qadeer Khan, had admitted of transferring nuclear technology to Iran, Libya and North Korea.

Former Pakistani President Pervez Musharraf had also confessed about passing on of nuclear secret to these countries by Khan but ruled out of carrying any further investigationson this issue. Nuclear experts believed that atom bomb expert, Khan could not have acted without the military's knowledge.

In 2015, the Carnegie Endowment for International Peace and the Stimson Centre estimated Pakistan’s bomb-making capability at twenty devices annually, and estimated to have an arsenal of 110 to 130 nuclear bombs. It is considered that Pakistan has plans to increase its nuclear arsenal to 250 atomic warheads by 2025.