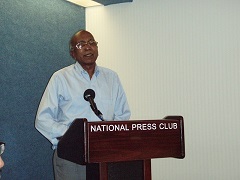 Pakistani citizen observes December 25, as birthday of Mohammad Ali Jinnah every year who with his peaceful struggle divided sub-continent of India

When we consider recent legislation by BJP government led by Narendra Modi about Citizen of India, it gives bit relief that it makes non-Muslim mig