Why I did not renew my driving license? By Bobby Ramakant 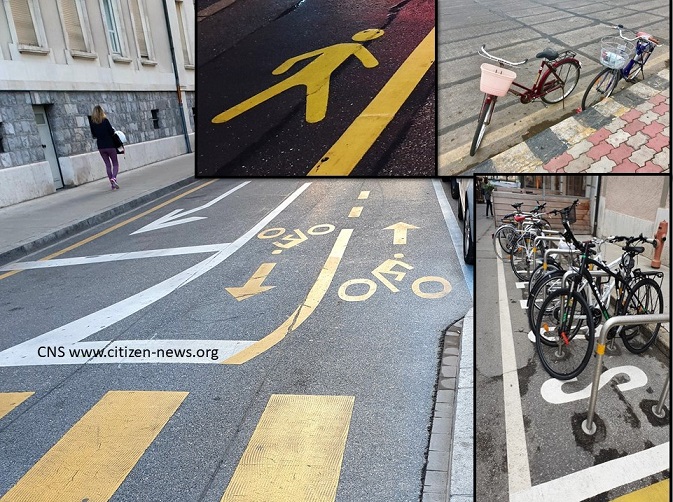 Because I realized (better late than never) that it is government’s responsibility to provide safe, convenient, affordable, accessible and humane ways of commuting for all its citizens. When governments fail on its duty then it hides behind the market forces, and co-opts itself in corporate agenda, enticing citizens to own, borrow, rent and use private vehicles to commute. Forcing people to own their own vehicle (cycle, two-wheeler, car, etc) is one of the most normalized form of privatization where government like ours has almost washed away its hands from being responsible for strengthening public transport system good enough so that no one needs a private vehicle.

I refuse to fall prey to the trap of privatization of private vehicle industry that has surely manipulated our government to have policies to favour its markets. Building of big roads is seen as development but constructing useable cycle and walking paths is not, for instance.

If safe spaces to walk and cycle, or accessible and convenient public transport existed then private vehicle markets would become redundant.

Instead we are misled to believe that safe, comfortable and convenient transport is a private motorised vehicle. Is development of infrastructure only to cater to the needs of the rich who can afford a car?

If public transport was strong and there were safe spaces to walk and cycle then why will people spend their life’s earnings or take loans to buy private vehicles? Likewise when government education and health are strong, people opt for public services. But when public institutions become weak then private sector gets not only a foothold but a stronghold. Privatization has taken its toll – and worst hit are the people most in need and seldom served.

According to Census 2011 data, people who own cars are not in majority but our road infrastructure is mostly geared to make car-owners' life convenient. Car owners dominate our tarmac! If India is truly a democratic nation then our road infrastructure should make commuting convenient for everyone, especially to those who do not own any vehicle. Only 2.7% use cars, 3% use taxi or rickshaw, 3.5% use train, 11.4% use buses, 12.7% use bike/ scooter, 13.1% cycle, 22.6% walk and 30% do not travel (other modes of transport were 0.9% in 2011).

Hope we remember that oft quoted phrase that best city is the city in which even the richest use public transport, and not the one in which all own cars.

Let me share that my senior colleague Madam Shobha Shukla who heads CNS (Citizen News Service) was in Amsterdam and The Hague for a conference last year and she said that while walking she did not have to watch for cars but cycles. I have been fortunate enough to work in cities where most people use public transport such as subways, buses, trams, trains or choose to cycle/ walk.

Sustainable development warrants safe spaces to walk, cycle or use public transport that is affordable, accessible, available, convenient and comfortable for everyone.

My driving license expired on 30 July 2018. I actively drove car for almost 15 years and owned one too till August 2015. It was not a very frequent occurrence that my car had more people other than me. I can also say driving a car somewhere inflated my false ego, made me less sensitive or connected with those outside the windows of air conditioned car. It almost felt like cruising in a bubble. It guzzled fuel enough in a week or two that was more than the price I paid for a cycle I bought for myself on 24 June 2014. Imagine one time refueling cost of car was more than cost of brand new cycle! I cycled till 1997, drove car in between, and then again began tiptoeing back to cycle since June 2014. It took me sometime to cope and redefine the way I lived my life to get comfortable with new (and better and harmonious) way of living. Since past years I have happily cycled, walked and/or used public transport for commuting.

On individual level, we have to dissect market-based solutions that are being aggressively bombarded on us in multitude ways, to supposedly 'make our lives easy'. But often these market-based solutions are making lives miserable, not just for us, but also for others by damaging our planet. Do we want to be a puppet of the industry, or think for ourselves what's good way to live our life on the planet?

On government level, we have to vote those in power who not only strengthen public systems for universal healthcare, education, transport, nutrition and social security but also de-normalize and hold problematic industries to account for deceptive marketing tactics.

If public services are good and accessible to everyone, then private options will by default become redundant.

Roads do not belong only to car user. All of us need to reclaim our space on the road, and ensure everyone is able to commute safely and comfortably.

(Bobby Ramakant is a World Health Organization (WHO) Director-General's WNTD Awardee, health and development justice activist, and part of CNS and Asha Parivar team. Follow him on Twitter @bobbyramakant, @cns_health or email: bobbyramakant@yahoo.com)