Dagestan in the Russian Federation and Islamism: self-defense units on the agenda. By Jibril Khoury and Lee Jay Walker 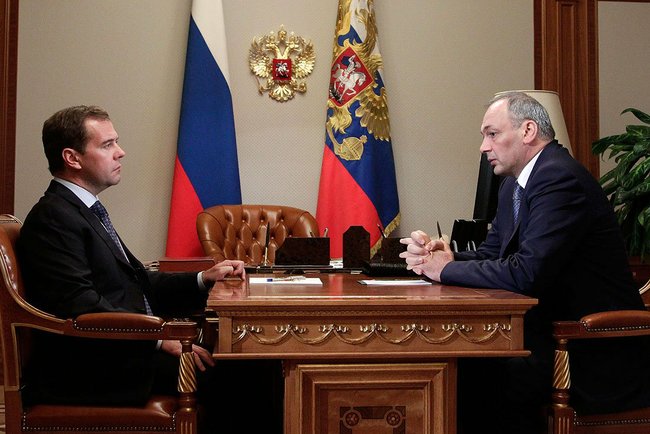 The Russian Federation in the Caucasus region continues to be challenged by Islamism whereby two powerful forces are at play. One applies to the Islamist dream of dismantling parts of the Russian Federation in order to impose Sharia Islamic law and unify various different ethnic groups which are mainly Muslim. The other applies to destroying indigenous Islam and transplanting it with imported ideas from Saudi Arabia and Qatar. Chechnya may now be over the worse of the brutal insurgency which witnessed fluctuating alliances. However, can the Russian Federation claim that the cultural influence of this nation still runs through the veins of Chechnya? Or does Chechnya resemble an Islamist state being ruled by a firm Chechen grip which remains loyal to Moscow – but which is drifting culturally outside of the grip of the Russian Federation?
In Dagestan this issue is very real alongside many other major important issues. The multi-ethnicity of Dagestan which is overwhelmingly Muslim is extremely diverse. However, the Islamist agenda is too crush nationalist forces, defeat indigenous Islam and to sever the control of Moscow. Therefore, a raging insurgency continues in Dagestan whereby central forces are faced by Islamists on several fronts.
Chechnya once was the main focus of attention throughout the restive Caucasus region. However, in modern times it is clear that Dagestan will dictate how parts of the region will be governed. Dagestan isn’t witnessing the intensive bloodshed which flowed at the height of the Chechen crisis. Despite this, the insurgency continues to threaten the stability of Dagestan and the entire region.
President Magomedsalam Magomedov of Dagestan hinted in late August of the need to establish self-defense units. This was debated during an important meeting with the Coordination Council for Law Enforcement in Dagestan and the Security Council of Dagestan. It is difficult to believe that the leader of Dagestan didn’t consult with powerful players in Moscow and within various security agencies.
Magomedsalam Magomedov commented that “I think that today we will make the decision to set up, under the auspices of the law enforcement agencies, self-defense units, squads of young people prepared to provide safety, (and) punish those bandits and terrorists.” This statement clearly implies that the main aim is to fight terrorism within Dagestan followed by criminality which often flows naturally. Yet it remains to be seen how these self-defense groups will work with the Federal Security Service.
Recently in Dagestan Said Efendi Chirkeisky was killed by an Islamist suicide bomber who had been indoctrinated. Said Efendi Chirkeisky was the main Sufi spiritual leader in Dagestan and clearly he opposed Islamism, terrorism and radical forces within Salafi Islam. He had hoped to build bridges but to Islamists he was just an infidel who needed to be taken out of the equation in order to spread more hate, suspicion and fear.
Roman Silantyev told Interfax that “The treacherous practice of negotiating with terrorists should be stopped. A total war must be launched against them, with a particular emphasis on elimination of their abettors. Otherwise, Russia will become a second Iraq.”
Traditional Islam clearly faces deadly Islamist forces whereby the Salafists want to implant their draconian and rigid form of Islam on society. At the same time, in Russian dominated areas surrounding volatile regions it is clear that a growing gap is emerging. Political leaders in Moscow face many competing forces in the Caucasus region. This applies to nationalism, terrorism, Islamization, power of the center, a never ending insurgency, corruption, poverty, cultural issues and outside forces which seek to weaken the Russian Federation.
Mairbek Vatchagaev, The Jamestown Foundation, clearly believes that self-defense forces will be detrimental to Dagestan because of the threat of Balkanization. Therefore, the author states that “Dagestan remains the deadliest territory in the North Caucasus. Two-thirds of the attacks by the North Caucasian armed opposition are launched against the Dagestani authorities and the republican government’s forces. Following the appointment of the new Dagestani rebel emir, who comes from an area that has been dominated by Salafis since 1997, violence, including attacks on the police forces and suicide bombings, will continue. Finally, the establishment of new structures like the personal guard proposed by President Magomedov to fight the insurgents will not change the situation but may further lead to the Balkanization of the North Caucasus whereby personal militias of respective nationalities are entrusted with defending ethnic territories under the guise of terrorism, whether they be Cossacks, Avars, Dargins, Kumyks, or Lezgins.”
Therefore, it is clear that the Russian Federation faces many competing forces and unlike Chechnya, the ethnic angle in Dagestan is much more complex. Currently it appears that Islamists are “on the front foot” in Dagestan but looks can be deceptive. Either way the battle of “the soul of Islam” is being waged in Dagestan and in other parts of the Caucasus region. The same applies to the power and influence of the Russian Federation and if the center can preserve “real power” within the restive Caucasus region.
http://www.kremlin.ru/ - Photo image from the Kremlin
leejay@moderntokyotimes.com
http://moderntokyotimes.com