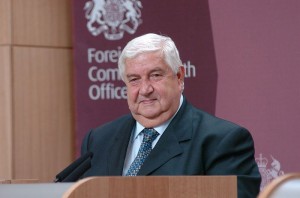 The most astonishing thing about the recent talks wasn’t what happened in Geneva but what happened outside of the talks. Once more, the maverick Obama administration was at its estranged best. This applies to America starting once more to fund sectarian and terrorist forces while talks were underway.
Indeed, the talks in Geneva merely confirm that the so-called opposition named the Syrian National Coalition (SNC) in nothing more than an outside proxy of various forces alongside being divided from top to bottom. Not only this, the SNC can’t control the array of sectarian and terrorist factions because clearly this “external talking shop” is an artificial creation. On top of this, the major players within the Kurdish community were not represented to any real extent.
All religious minorities in Syria are in fear of various al-Qaeda affiliates and a plethora of sectarian based terrorist factions, including the Free Syria Army that cleanses and often fights side by side with a plethora of terrorist organizations. Of course, the very nature of Takfiri militancy, sectarian forces, mercenaries and wanton criminals obviously leads to these factions killing each other – after all, killing and destruction is all they know.
If we focus on one single religious community, the Christians of Iraq and Syria, then did they flee from the leaders of these two nations before outside meddling? Of course not, however, once Western powers meddled alongside regional Gulf intrigues then the Christian population fled. Of course, this doesn’t worry Western powers because chaos, the destabilization of powerful regional Arabic speaking nations and enabling Salafi indoctrination to spread based on Gulf petrodollars, appears to be a natural correlation.
However, the Syrian government tried to show its goodwill by attending the talks in Geneva but while individuals were talking – or clashing – then the maverick Obama administration decided to re-start military supplies to sectarian and terrorist forces. It is not only bizarre, but it is yet more indication that America is happy to see the Syrian army bleed to death because this will weaken this independent secular state.
At the same time, unlike Qatar, Turkey, and Saudi Arabia, that seek a Sharia Islamic state based on sectarian beliefs; it is clear that America doesn’t desire either government forces winning or the plethora of terrorist and sectarian forces winning. In other words, the Obama administration seeks to stop the Islamist sectarian fire from burning all of Syria; however, the same America doesn’t desire the Syrian government to emerge victorious either. Maybe the agenda of America is for both sides to bleed to death and then for a third force to take over power based on a diktat.
It should be remembered that in Bosnia the United States fought on the side of international Islamist terrorist factions, while working with Bosnian Muslim forces and the government of Croatia. After the conflict, America then put pressure on institutions in Bosnia to eradicate international jihadist factions. However, unlike Bosnia, you don’t have a powerful military angle outside of the plethora of terrorist and sectarian factions in Syria. Of course, the Bosnian Muslim army also fought side by side with international jihadists but overall this same military entity had enough power to remain independent from a distance. Likewise, the angle of Croatia meant that another nation would directly be used in the Bosnian crisis. Therefore, in Syria what entity is powerful enough to be a useful American proxy?
Turning back to the Geneva talks then the most telling comment was made by Walid Moallem (Muallem) the Minister of Foreign Affairs and Expatriates of Syria. Moallem told Al Monitor, in relation to America rearming sectarian and terrorist forces while the talks were underway, that “There will be no progress unless first the United States refrains from supporting the opposition and terrorists with arms, and creates a good atmosphere for Geneva talks, Geneva talks will not progress. This is why we were astonished on the date we opened the dialogue in Geneva, the United States announced the resumption of shipment of arms to the terrorists.”
The above sums-up the estranged Obama administration and it also shows the absolute arrogance of Washington under the current leader of America. In Iraq vast numbers are dying once more based on the meddling of Gulf and Western powers. Yet, just like in Iraq and Libya, the only endgame for America appears to be seeing leaders being killed and nation states being weakened. Therefore, how many Syrians – and now Iraqis (once more) – have to die before America says enough is enough? Obviously, it is clear that this answer doesn’t concern the sectarian and terrorist sponsoring nations of Qatar, Saudi Arabia and Turkey. However, it should at least raise eyebrows in certain circles in America despite the media war continuing.
leejay@moderntokyotimes.com
http://moderntokyotimes.com