Bangladesh and Persecution of Hindus: Jamaat-e-Islami and Mirror of Pakistan. By Amina Qamar, Noriko Watanabe and Lee Jay Walker 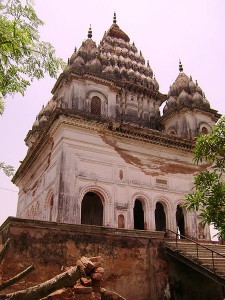 Bangladesh is under threat because of dangerous internal forces that persistently try to crush religious minorities and to dismantle the secular state. Jamaat-e-Islami is a continuing cancer that threatens society directly along with sinister political forces that manipulate Islamists for personal gains. Therefore, the current ruling Awami League under Prime Minister Sheikh Hasina needs to balance democracy, secularism, stemming Islamist violence and ushering a political arena whereby all political movements reject violence.
Of course, all the above is tremendously difficult because of internal organizations that seek to attack religious minorities and to undermine secularism. Similarly, the murky role of Pakistan, Gulf petrodollars and democratic nations in the West enabling Jamaat-e-Islami to agitate are all serious realities that threaten the nation state of Bangladesh.
Islamist violence directed towards the Hindu community is all too familiar. For example, in recent times the Hindu business community was attacked in the village of Ramganj in the district of Nilphamari. Since this attack, many Hindus, and other minorities, have moved to another village nearby. Like usual, the main culprit in anti-Hindu violence is Jamaat-e-Islami via the student wing called Jamaat-Shibir.
Joy Debnath in Bogra comments: “The problem is not the Muslims of Bangladesh; the problem is with Jamaat and their thought. Violence by the Islamic fundamentalist group makes me feel unsafe. The administration should protect us from such danger.”
Jamaat-e-Islami believes that it can implement dhimmitude by fear therefore Buddhists, Christians and Hindus face enormous pressure when it comes to voting. Not surprisingly, the majority of religious minorities vote for the secular Awami League. A similar type of religious intimidation can be witnessed in Egypt whereby the Muslim Brotherhood threatens the Coptic Christians of this nation. Sadly, just like Jamaat-e-Islami, the Muslim Brotherhood also is free to agitate in major Western democracies, for example in America and the United Kingdom.
Deutsche Welle says: “The attacks on the Hindu community, which traditionally supports the ruling Awami League party, can be viewed in the context of political alliances. But there is a lot more to the issue.”
“Before the country’s independence from Pakistan in 1971, Hindus made up around 30 percent of the country’s population. Today, the number of Hindus living in Bangladesh has declined to about 9 percent, with many Bangladeshi Hindus migrating to India, North America and Europe in the past decades in search of a better life.”
Political parties in Bangladesh and the majority Muslim community needs to look at modern day Pakistan. Firstly, political elites in certain parties in Pakistan utilized Islamist movements. At the same time, minority communities, for example Hindus and Sikhs increasingly fled Pakistan. Therefore, Pakistan in reality was laying the foundation stone for destroying moderate forces throughout the nation state along with destroying the rich pre-Muslim culture of Hinduism that predominated.
The upshot of all this, is firstly the Islamists in Pakistan came for Hindus, Christians and Sikhs. Then secularists and women were targeted by Islamists in order to crush modernity. This was then followed by sectarian massacres and persecution aimed at the Shia and Ahmadiyya. Now, the Islamists are intent on focusing on Sufi traditions while terrorism and backwardness flourishes in many parts of modern day Pakistan.
Nationals in Bangladesh know the enemies of the nation state. Similarly, nationals in Bangladesh know the role of Pakistan in the brutal barbarity that took place in 1971 whereby untold numbers were slaughtered. Not surprisingly, elements in modern day Pakistan and the Jamaat-e-Islami in Bangladesh are still intent on destroying secular Bangladesh. Therefore, Bangladesh needs to look at the mirror of Pakistan and acknowledge what they see – after all, the same anti-secular forces and Islamists are intent on destroying the fabric of society in Bangladesh – just like Islamists in Pakistan are intent on “year zero” and destroying all other cultures.
http://www.dw.de/hindus-feel-increasingly-insecure-in-bangladesh/a-17411613
leejay@moderntokyotimes.com
http://moderntokyotimes.com