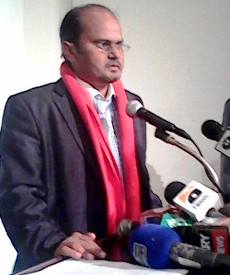 If you ever get a chance to spend a night in a common Christian family living in slum areas. And if you can picture the issues they face in their daily life. And the most important; is to remember the sufferings, if you ever get a chance to become in power at any level. I am particularly talking about Pakistani Christians leadership. Many of the Christian political leaders originated from common background, but it is practically observed that once they got some power in our hands. We simply forget the real cause and track is change.
Former Federal Minister for minority affairs, Shahbaz Bhatti, founder of the All Pakistan Minorities Alliances – APMA started working for the noble cause; and reportedly work for vested interest. Later he was killed in Islamabad in March, 2011; he was receiving threats to his life for his defense of speaking out against the blasphemy law. The killers were arrested and released due to lack of the evidences and interest of the supplicant. Later in September 2013, two suspected terrorists were arrested; Adil was picked up after a car full of explosives was found at his house. And later Hammad Adil and Umer Abdullah were charged with the murder of Bhatti. The trail is underway at the Anti Terrorism court in Adayala Jail, Rawalpindi. On January 22, the two eye witnesses were produced in court during the hearing. They saw the two accused, one whom was driving the car that day and the other man who was throwing pamphlets on the road after Bhatti was shot. The court was adjourned till February 06, 2014. Rana Abdul Hamid, the attorney spoke me that he will be back in Islamabad on February 06 for the hearing of Shahbaz Bhatti case, but on the said date, he didn’t appear before the court and the court was adjourned to meet again on 22nd February, 2014.
Later Paul Bhatti reportedly was threatened; Dr. Paul Bhatti told BosNewslife he had been in Italy while receiving a threatening letter from groups linked to the 2011 assassination of his younger brother, and follow Christian, Shahbaz Bhatti, who was minorities minister at the time.
Dr. Paul pledged to leave Italy and return to Pakistan despite receiving death threats from Islamic militants. He is trained surgeon, and runs his business there. He can afford to live there as his another brother lives in Canada. My question is; what about others who used their association with Shahbaz Bhatti as opportunity to get out of Pakistan? Many of the Pakistani leaders run off to other countries like Europe, USA and Canada. Why no one speaking about the rights of poor segment of the society. The fact is; the poorest have no such option.
Many of them are sitting in other countries and seeking asylum. No one ask them about their performance while they were in power. I don’t blame but Bhatti’s “performance” reportedly has a question mark? How many educational/technical institutions were set up during the mean time? What solid steps were taken to empower the youth or for their economical growth? How many students were sponsored for higher studies? Even the current sitting minister doesn’t have any plan to support the talented one of this era. He is only the “Yes Man” to his bosses. Why these Christian leaders forget their origination? Its alarming situation all around and they should present the real picture to the West while representing government.
The Pakistani Taliban has announced an armed struggle against an indigenous tribe and Ismaili Muslims. They warn the Kalash, who are thought to number only 3500, to convert to Islam or face death. The spokesman said, “By the grace of Allah, an increasing number of people from Kalash Tribe are embracing Islam and we want to make it clear to the Kalash tribe that they will be eliminated along with their protectors, the western agents if they don’t embrace Islam”
Unfortunately the constitution theoretically protects freedom of speech, and the media is seen as having taken great strides in recent years. But certain subjects, particularly criticism concerning the all-powerful army and spy agencies, remain taboo. There is an urgent need for greater equality and social justice and for peace. In reference to the ongoing persecution and discrimination suffered by Christians and other religious minorities in Pakistan, notably Ahmadiyyas and Shiite Muslims.
And none the less, the time is gone, lets pray for those who do leave at least support them to uplift the poor, since they can easily set up new, ongoing rich lives in the west.