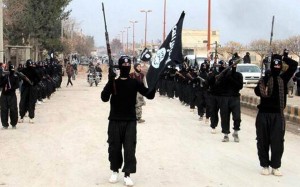 The Islamic State in Iraq and the Levant (ISIS) issued a directive on Christians to abide by Islamic concepts of dhimmitude or face death. Of course, Christians under the Syrian government and leadership of President Bashar al-Assad are free to worship freely, join the armed forces and participate throughout Syrian society. However, the policies of major Gulf and Western powers along with the connivance of Turkey have enabled various Islamist terrorist groups to spread throughout Syria.
Christians internationally must be foolish to trust their own Western governments because the same reality keeps on occurring. After all, Northern Cyprus, Iraq, Kosovo and the small minority of Christians in Libya will all testify to the anti-Christian reality after Western powers meddled (Biafrans, East Timorese and others can equally testify). Syria is following suit and if the armed forces of this nation and allies in Hezbollah fail to protect the people of Syria from Takfiri Islamist fanatics; then the dye is cast for all minorities in Syria – irrespective if Alawite, Christian, Druze or Shia. Similarly, Sunni Islam will be crushed because of Saudi inspired Salafists destroying the indigenous Sunni faith that is based on respect in Syria. Indeed, several Sunni Muslim clerics have been killed by various terrorist organizations that are supported by outside nations.
ISIS is a mirror of religious hatred that can be found throughout Saudi Arabia where not one single Christian church is allowed and whereby apostates face death. Of course, this doesn’t worry Western powers because this reality existed from the outset of the nation state of Saudi Arabia. In other words, human rights don’t even come a poor second when it comes to Saudi Arabia. On the contrary, they don’t even enter the Western agenda therefore ISIS is a brutal mirror to the reality of Saudi Arabia.
According to the BBC the new ISIS edicts specify that: “Christians must not make renovations to churches, display crosses or other religious symbols outside churches, ring church bells or pray in public.”
“The statement said the group had met Christian representatives and offered them three choices – they could convert to Islam, accept ISIS’ conditions, or reject their control and risk being killed.”
The leaders of America, France and the United Kingdom must be proud because a senior Saudi cleric stated he wanted to cleanse Christians and now the above nations are helping to do so. After all, the Syria armed forces are fighting on many fronts because of the combined meddling of America, France, Qatar, Saudi Arabia, Turkey and the United Kingdom. If these nations didn’t send military arms and enable terrorist ratlines throughout NATO Turkey, Jordan and parts of Lebanon to enter Syria based on their respective networks; then today all religious minorities would be free from dhimmitude and extermination. One can only imagine how Alawites and the Shia must be feeling because various Takfiri terrorist groups desire to annihilate these religious minorities in Syria. Indeed, it is true to say that ISIS hate the Alawites and the Shia to a much higher degree than they hate Christians and this says everything about Takfiri mindsets.
BBC continues in the same article by stating “A jihadist group in Syria has demanded that Christians in the northern city of Raqqa pay a levy in gold and accept curbs on their faith, or face death.”
Prior to outside nations meddling in Syria the government of this nation took in vast numbers of refugees from Iraq. Of course, the Syrian government welcomed all Iraqi nationals with open arms irrespective if they were Sunni, Shia, Christian or whatever faith – or no faith. Likewise, in government controlled areas that are protected by the armed forces of Syria you will find the rich mosaic of this nation mingling together just like prior to outside Gulf and Western meddling.
The Christians population in Raqqa before falling to Takfiri jihadists was only minor. However, Christians left behind in Raqqa now fully understand the concept of dhimmitude because it is being forced upon them. If America, France, Qatar, Saudi Arabia, Turkey, and the United Kingdom, stopped supporting the demise of the Syrian government, then clearly the armed forces of Syria could retake Raqqa.
In other words, Christians today in Syria are being persecuted based on the policies of major Western powers and the government of Turkey. Nobody expects feudal monarchs in Saudi Arabia and Qatar to care about the plight of Christians. After all, in Saudi Arabia the Christian faith is illegal. However, why are powerful Western nations siding with “the wrong side of history?”
http://www.bbc.com/news/world-middle-east-26366197
leejay@moderntokyotimes.com
http://moderntokyotimes.com