Indian approach to limb salvage for people with diabetes. By Shobha Shukla 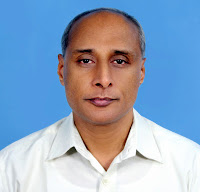