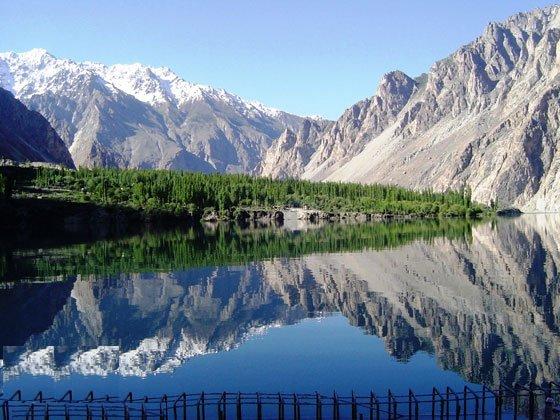 Pakistan mulls integrating Gilgit –Baltistan into its fold. For the first time in the country’s Constitution, the mountainous region has been mentioned by name which brings it one step closer to being fully absorbed as its fifth province .It has, in fact, been under pressure to elevate the constitutional status of northern Gilgit-Baltistan region. The move was in response to Beijing’s concerns on the $46 billion infrastructure project China Pakistan Economic Corridor, set to link China’s western city of Kashgar to the Pakistani port of Gwadar on the Arabian Sea passing through Gilgit Baltistan – a disputed territory. The project was strongly criticised by Sushma Swaraj in June as ‘unacceptable’ for crossing through Indian-claimed territory. China had then responded saying ‘Let us discuss it.’ Taking serious note of India’s objection Beijing has clearly expressed reluctance that ‘China cannot afford to invest billions of dollars on a road that passes through a disputed territory claimed both by India and Pakistan’.
Thus Beijing seeks integration hoping it will provide requisite legal cover to CPEC. The G-B integration move signals a historic shift in Pakistan’s stand on the future of the wider Kashmir region. It has historically insisted that parts of Kashmir it controls are semi-autonomous, awaiting referendum, and hence refrained from formal integration . It also signals Islamabad’s desire to end the Kashmir conflict by formally absorbing the territory it controls — and, by extension, recognising New Delhi’s claims to parts of the region it controls, such as the Kashmir valley. ‘If Pakistan begin to absorb it so can India. It legitimises India’s absorption of the Valley.’ GB, comprising of several independent princely states, was incorporated in the princely state of Jammu and Kashmir in 1846 by the Dogras and remained as such through 1947 partition when two sovereign states were carved out of united India. But a subsequent rebellion led to formation of new Republic of Gilgit, which acceded to Pakistan federation after sixteen days of its independent existence.
As India and Pakistan sought a UN-conducted plebiscite in disputed Kashmir in 1948 Pakistan hoped that Gilgit’s people voting en masse would swell the vote in favour of Pakistan hence intertwining Gilgit’s fortunes with Kashmir will be a good strategy as Kashmir and Gilgit would officially be part of Pakistan in one single stroke. So Gilgit was bracketed with Kashmir as a disputed territory but UN-supervised referendum could never take off as India and Pakistan would never let go of territories under their control. Under successive Pakistani governments- Benazir Bhutto to Musharraf-GB’s identity changed from Northern Areas, to Northern Areas Council, to Legal Framework Order (LFO) and finally to Northern Areas Legislative Assembly. Gilani did away with the term ‘Northern Areas’ replacing it with ‘Gilgit-Baltistan’. Though he used the word ‘autonomy’ for GB it still remained a disputed territory. As the territory of Gilgit Baltistan was a part of the original Jammu & Kashmir during partition the entire territory is disputed. India even reserved seats for GB in its lower and upper houses of legislature and in Kashmir legislative assembly in early fifties. The disputed J&K as it existed in 1947 during the time of partition consisted of what is today Jammu, Kashmir & Ladakh on the Indian side and what is today AJK & GB on the Pakistani side.
So GB cannot be deemed as a region independent of the whole of Jammu & Kashmir. More than GB integration, its cascading effect on Kashmir imbroglio has excited people of both the countries. This implies that Pakistan will effectively give up demand on Kashmir and along with its historic demand for Kashmiri self determination through a plebiscite. The lingering conflict has taxed the patience of both countries. It should now just give way to open borders, friendship, brotherhood, trade and sports. LOC be made the de facto international border with Kashmiris on both sides able to criss-cross, visa free and tax-free.
Both countries have clung to past unnecessarily for too long and cannot dwell in the past for ever; rather should move with the times. Kashmir Issue must not be carried forward to the next generation. Leaders-civilian and military- and fundamentalists have misused public emotions for their own benefit. It is time to wake up, bury the hatchet, hug each other and make a difference by joining heads and hearts together to work for a better future. The move has evoked effusive response in social media in support. This side effect of Economic Corridor will mark the historic death of the greatest time waster in modern history i.e. the Kashmir issue. Most of the respondents thank China for facilitating the process in a couple of months what both countries could not achieve in 68 years. Xi, not Obama, is hailed for solving the issue. Both countries can now work on their economies.
This silk project will usher in prosperity for Pakistanis, Chinese, Afghans and Indians through jobs and food benefiting Kashimiris in the long run. Working for prosperity and development of this subcontinent will be beneficial. The Chinese may have finally achieved what India, Pakistan and other world powers couldn’t achieve even after over six decades of war mongering ; solve Kashmir tangle with Billions of Dollars of infrastructure build up. Chinese economic and political designs eventually prevailed over the geopolitical entanglements. Xi’s intervention should goad Pakistan further to grant Indian access to CPEC to reap $millions in transit fees. Movement across these borders should be made both tax free and visa free. It appears sanity is visiting India-Pakistan relations; development and economics has come to dictate politics of the region. Kashmir dispute should not be a spoiler for CPEC which promises to be a huge game changer. The proposal is in the best interest of GB, India, China and Pakistan equally.