Revelation about Ishrat jahan, why mum on Kauserbi? By By Abdul hafiz lakhani 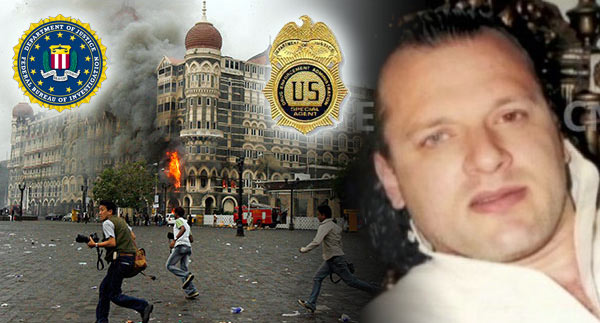 Pakistani-American terrorist David Headley is in headline quoting Mumbai girl Ishrat Jahan as terrorist of LeT.. During his deposition, he refered to a woman killed in a police encounter on Indian soil. When he was given three names, he claimed that the name of the woman was Ishrat Jahan. Ishrat’s family, since the encounter took place in 2004, has been alleging that it was a botched up operation by the Gujarat Police.But what is about Kauserbi--wife of Soharabuddin who was also killed in encounter? when there is a twist about Ishrat why mum on Kauserbi? The 32-year-old woman Kauserbi was said to be the only witness to the encounter killing of her husband Sohrabuddin who was killed in a fake encounter in a joint operation by the Anti-Terrorist Squad (ATS) of the Gujarat and Rajasthan police.
“One woman from LeT named Ishrat Jahan was involved,” Headley said. Testifying via video-link from the US, Headley spilled the beans on the 19-year-old Mumbra girl and picked up her name when quizzed by Special Public Prosecutor Ujjwal Nikam about a “botched up operation” mentioned to him (Headley) by LeT commander Zaki-ur Rehman Lakhvi.
Headley told the court that Lakhvi had mentioned to him about a “botched-up operation” conducted in India by another LeT operative Muzammil Butt where a female member of the terror outfit was killed.t. The stories of Ishrat and Kauserbi are heart-wrenching and it is too difficult even to imagine the kinds of physical abuse they must have gone through at the hands of the police before they were tortured to death.Police believe Kauser Bi was shifted to this bungalow after the police took her husband away from Disha farmhouse, in the wee hours of November 26, 2005, to be killed at Vishala circle soon afterwards.
The couple and another person were allegedly picked up from a bus on their way to Sangli from Hyderabad. The ATS officers later claimed that Sohrabuddin had entered Gujarat with the aim of killing Chief Minister Narendra Modi.
Kauserbi, according to the CID (Crime) investigation, after her disappearance, was raped, murdered and burnt two days later by the same team at Illol, the native village of the then DIG (ATS) D G Vanzara.
Whatever coverage Kauser and Ishrat have got in the media is because of their cases being related to the police force of Narendra Modi then CM of Gujarat and his government.There were serious but unsuccessful attempts to paint Ishrat as a Lashkar-e-Taiba terrorist by quoting David Headley in past. . As far as Kauserbi is concerned, nobody, not even Gujarat police, even remotely made any allegations against her.
The fact remains that few are bothered that two entirely innocent women were killed in cold blood by the police. Kauserbi's body is yet to be traced. The CBI working under the Supreme Court has not done anything to unravel this mystery.
Nineteen-year-old Ishrat had paid her fees for the second year of graduation on June 9, two days before she was kidnapped. It is clear now that in both Ishrat and Kauserbi's cases, they were kidnapped, physically abused, killed, evidence destroyed and false cases framed. All this could not be done on the spur of the moment.
These were cold-blooded murders. Such crimes take a different dimension because the people who committed it were supposed to be the protectors of the people and country's law, and the crime were patronised by the state. It'll not be wrong to say that murders in the name of encounters are the worst form of state terrorism.
The people who brought real shame to the state by their heinous criminal acts are the ones who point their finger at those who speak for justice claiming that the latter defame the state. And worst, a fairly good chunk of prejudiced population buys their argument.
But there's a silver lining in the cloud. A group of concerned volunteers have been silently working towards bringing the truth out of the communal and exploitative politics and propaganda in 'vibrant' Gujarat.
They have consistently performed against all odds and fought battles for the victims on street as well as in courts for no fees for those who cannot afford it. It would have been impossible to stop the seasoned criminals in uniform if IPS officers like Rajnish Rai, Rahul Sharma and Satish Verma had not shown unprecedented courage in duty and if these volunteers had not taken up the fight.