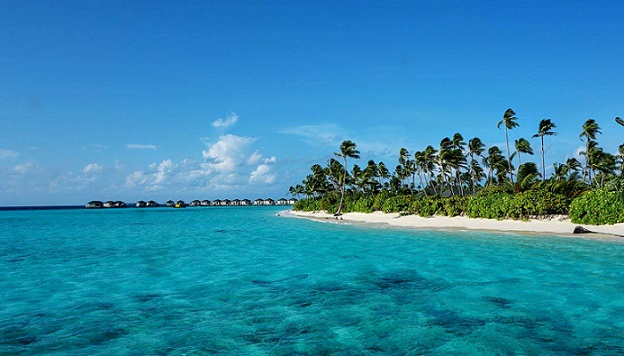 It took less than 50 months for hope to die in Maldives. It was heady days in 2008 when after 30 long years, Maldives, known for its beautiful islands and beaches, came out of the clutches of an authoritarian regime and took the first baby steps towards becoming a democratic state. There were jubilations in the streets of Male where people used to walk in fear. No one dared speak or shout or hold protests or dance in the streets. The regime was brutal and swift and those who dared to speak loud were silenced.
In August 2008, Maldives became a sovereign, independent and democratic republic, a dream which only a handful of people had dared to dream. But it had become a reality and people voted with courage and enthusiasm to elect a new leadership and a new government. In, Mohammad Nasheed, Maldives got an enlightened and youthful leader. He was steeped in liberal thoughts and deeds of democracy and was determined to transform his country into a flourishing island of democracy in the Indian Ocean.
Nasheed held office for four years. He implemented several critical constitutional and legal reforms. He travelled far and wide to bring investment to his country along with goodwill. Maldives, which till then was a hidden tourist gem, became a torch bearer of democracy. It was a unique project in a Muslim dominated country. Democracy is a rarity in Muslim countries and Nasheed wanted to change the equation for his country. He led from the front, unshackled the media which till then was brutally suppressed. Television channels bloomed in the island nation.
Nasheed made Maldives the centre of the raging debate on climate change. His passionate plea for the world to become a carbon-free world struck a chord in many a capital in the world. He campaigned hard for climate change negotiations and for his country which he said would be the first one to suffer from rising sea levels. But his term was short-lived. The forces ranged against him, past and present, were fearful of Maldives becoming a democratic country. The religious fundamentalists would then lose their control.
In a soft coup, Nasheed and his men were thrown into prison and slapped with all kinds of serious charges which were fraudulent. Nasheed was hounded, humiliated and sentenced for 13 years of imprisonment on trumped up charges. His family was humiliated time and again and his friends and associated hounded out. The new dispensation turned the clock back ruthlessly. Democracy was put in cold storage. Freedom of expression was thrown into the prison. Journalists and lawyers, and other civil society members, who raised voice were threatened, arrested, attacked and some killed. The dream of democracy died a quick death in Maldives. It has been downhill since then.
Abdullah Yameen, who replaced Nasheed, quickly became an autocratic ruler, abandoning all pretensions of democracy. He has, since taking over, slowly decimated constitutional rights, blocked political growth and curtailed media freedom. He has been ruthless in silencing his critics and has not been shy of charging and jailing senior officers of his own government. In a latest report on the human rights situation in Maldives, the Commonwealth Human Rights Commission, pointed out during the Yameen rein, the political environment in the country ``has been characterised by mistrust, categorical negative framing of one another and by the lack of self-accountability of institutions, politicians and their parties``.
So emboldened had become Yameen that he chose to clamp an emergency on the island nation in November 2015. This was to prevent a mass popular protest planned against the President Male. Under the emergency provisions, all kinds of repressive measures were introduced and all constitutional rights and freedoms were stopped forthwith. However, the international outcry was so loud and heavy that Yameen was forced to withdraw the emergency within a week.
Maldives, however, has remained under the cloak of an undeclared emergency since then. The police is brutal, corrupt and unaccountable. The judiciary is divided. The media is silenced. The civil society is suppressed. The legal fraternity is equally divided and contained. There is all-round anger and dissent, and dis-satisfaction with the Yameen government. Surveys have shown that more than 60 per cent of the people surveyed said they had no confidence in the government. They all believed that all the government institutions, including legislature and judiciary, were corrupt.
On top of this, the Yameen government has introduced laws which prohibit free trial and freedom of expression. These laws violate the laws of Maldives as well as international laws and covenants which ensure certain basic fundamental rights of a citizen. So much so that the Yameen government, deluged with protests from different corners of the world and threats of tourism boycott, introduced a Bill last year seeking punishment for those making such demands. It criminalises all calls for boycott of tourism and imposes severe punishment on the guilty.
The government is now planning to introduce Freedom of Expression Bill which criminalises any writings or expressions which is against ``national interest``. It also recommends punishment for denigrating religion. Several such laws are either in the pipeline or issued which severely restricts a citizen’s access to fair justice. It also means the slow death of democracy in Maldives.
With democratic processes fast drowning under the autocratic regime, Maldives is fast slipping into an island of anarchy and extremism. It does not bode well for the country and the region. Maldives transformation will have a profound impact on the Indian Ocean and the countries on its rim.