Join hands to save the lives of Pakistani Christians; Way out to long sufferings. By Shamim Masih 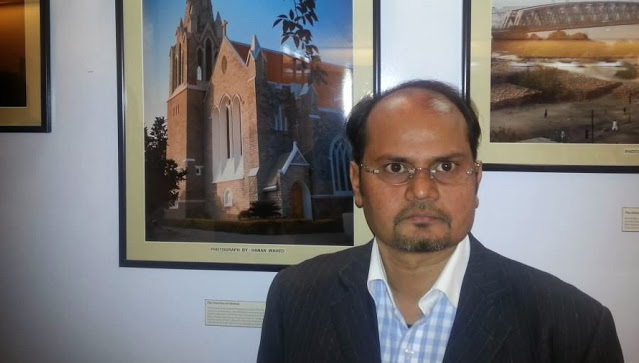 7 And the Lord said: “I have surely seen the oppression of My people who are in Egypt, and have heard their cry because of their taskmasters, for I know their sorrows. 8 So I have come down to deliver them out of the hand of the Egyptians, and to bring them up from that land to a good and large land, to a land flowing with milk and honey, to the place of the Canaanites and the Hittites and the Amorites and the Perizzites and the Hivites and the Jebusites. 9 Now therefore, behold, the cry of the children of Israel has come to Me, and I have also seen the oppression with which the Egyptians oppress them. 10. Come now, therefore, and I will send you to Pharaoh that you may bring My people, the children of Israel, out of Egypt.” (Exodus 1:7-10)
The world has seen surly seen the oppression of Christians living in Pakistan. Since Zia’s regime, there are more than 1400 blasphemy cases registered and thousands of the Christians girls have faced force conversions and huge numbers of persecution cases were registered against religious minorities. According to the sources more than sixty people accused of blasphemy were killed before their respective trails were over though the death sentence has never been implemented.
Infect before partition of Indo-Pak, this section was introduce in 1860 and was meant to prevent religious violence. Prior to 1986, only 14 cases pertaining to blasphemy were reported. But later it is being used to settle personal secures. And thus minorities of the country have been facing persecution under this unsympathetic blasphemy law.
To me persecution of Pakistani Christians is aligned with other issues as well like poverty. There are different options to get rid of long sufferings. Being an optimistic, here are few recommendations, and I feel this is workable and can minimize the level of persecution. Major portion of this marginalized community lives in outskirts under below poverty line. Ninety percent of poor girls work as maid and thus become victim of domestic violence or being rapped and thus being forcefully married and are asked to convert to Islam. Major portion of youth is unemployed or work as laborer with low salary or bounded labor. Practically speaking, any Christian working under Muslim bosses face discrimination in/on regular bases. Even Isfan Yar Bhandara (minority parliamentarian) confessed that minority parliamentarian receive discriminatory development funds in the lower house.
Education is the first and foremost priority, go to school is right of every child and to ensure the provision of education facility can fix the problem. Church based institutions and other buildings can be used to educate the Christian community. Big donor agencies can take this initiative and I assure you after fifteen years, things would miraculously change. Drop out ratio has gone to higher ever since because standard of the public school education cannot meet the required result and education at private sector is much expensive.
So provision of better employment opportunities to the marginalized segment of society is the only solution for better future. There are number of measures one can take to save the skin. For example; providing small loans in establishing their own businesses in livestock, petty trading, agriculture, stitching, embroidery, handicrafts and small scale rural manufacturing can raise living standard of the poor population. This will help them start earning on their own instead of relying continuously on cash grants by some donor agencies/church based organizations. Any interest free loan scheme can alleviate unemployment and poverty from this marginalized segment.
There may be some organizations working on the same issues but we need to take as a challenge and start working at broader level. Otherwise there are number of options youth can chose at their own, that may be destructive not constructive. So I suggest constructive measures can save Pakistani Christians as sense of deprivation is prevailing among the Christian youth in Pakistan. And its alarming situation.