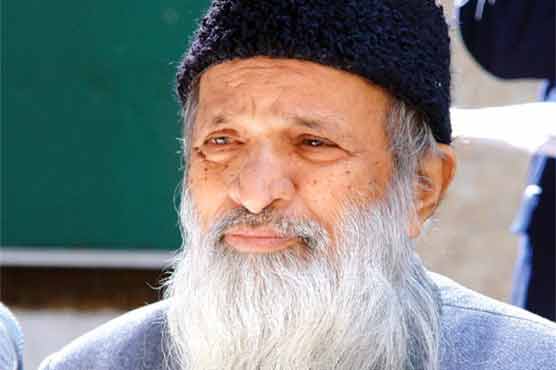 Pakistan recently lost another icon, Abdul Sattar Edhi, who died in Karachi at the age of eighty-eight. Edhi’s services for Pakistan shall be long remembered and he joins the ranks of other great South Asian icons, including the late social scientist Dr. Akhter Hameed Khan. This piece highlights the contributions of Mr. Edhi and Dr. Khan, who shared many similarities and were recognized around the world for their social service.
Like Mother Teresa, Edhi and Dr. Khan were both respected and legendary humanitarians who spent their lives helping the underprivileged. The two men shared much in common. Both were born in British India, Edhi in 1928 in Bantva (Gujarat) and Dr. Khan in 1914 in Agra (United Provinces, now Uttar Pradesh). Edhi arrived in Pakistan in 1947 and Dr. Khan in 1950. Motivated to help their fellow citizens, Edhi opened his first clinic in 1951. Meanwhile, in 1950, Dr. Khan established The Comilla Cooperative Karkhana in Comilla (a poverty stricken area in East Pakistan [now Bangladesh]). Later, in 1957, Edhi launched the Edhi Foundation (EF). Dr. Khan founded his Pakistan (Bangladesh) Academy for Rural Development in 1959 and later the Orangi Pilot Project (OPP).
EF and OPP often filled gaps in services that the state had either ignored or failed to provide for the people. For example, EF currently runs a wide range of services and facilities, including ambulances, morgues, graveyards, hospitals, educational services, marriage bureaus, orphanages, centers for the abandoned, bread plants and more. Meanwhile, Dr. Khan’s OPP focused on healthcare, sanitation, housing, microfinance, education, research and training, rural development, etc. Millions benefit from Edhi and Dr. Khan’s services and their respective organizations have received world recognition for their contributions.
Along with their professional similarities, both men had a lot in common personally as well. They were known as honest and humble individuals who provided a beacon of hope for Pakistan. They led a simple lifestyle, despite having resources and contacts at high-levels. Both were non-sectarian and non-communal and believed in serving all members of their communities across faiths.
Despite their noble missions and nature, the two men faced adversity and threats at times. Edhi received threats from the Taliban, who declared him an infidel for his love for people of all faiths. Meanwhile, Dr. Khan was accused of blasphemy and court cases were filed to have him convicted (Pakistan's blasphemy laws carry a potential death sentence); posters appeared denouncing Dr. Khan and some demanded that he be hanged.
In honor of their services, both Edhi and Dr. Khan have been nominated for the Nobel Peace Prize. And both received many prestigious awards, including the Ramon Magsaysay Award (considered to be the Nobel Prize of Asia) and the Nishan-e-Imtiaz (Edhi’s award was recently announced), the highest civil award in Pakistan. Pakistan’s Beach Avenue has been renamed after Abdul Sattar Edhi, while the Akhter Hameed Khan Resource Center and Akhtar Hameed Khan National Centre for Rural Development have been named after Dr. Khan. Separate books have also been published on both men by a well-known Pakistani publisher under its The Azeem Pakistani (Great Pakistanis) series; the series highlights the achievements of renowned Pakistanis in various fields in order to inspire people, particularly the younger generation.
These men served their country for decades and dedicated themselves to the cause of the nation. Dr. Khan died on October 09, 1999 and Edhi passed away on July 8th, 2016. Their deaths were widely mourned. Dr. Khan was buried in the compound of the Orangi Pilot Project and Edhi in the Edhi Village. These two individuals earned the respect of both the East and West for their services to the humanity. Their exemplary lives are a source of inspiration not only for Pakistanis, but the entire world. Their selfless services and commitment to the human spirit shall live on forever in the hearts of people.
(Nasim Yousaf is a researcher based in the USA. He has written 15 books and digitized files of rare documents related to South Asian history. His articles have been published in many countries around the world and in peer-reviewed publications in the US (Harvard Asia Quarterly, World History Encyclopedia, and Education About Asia).