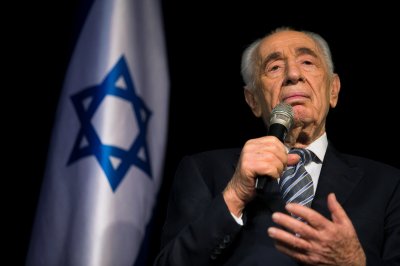 Shimon Peres stands alongside David Ben-Gurion and Yitzhak Rabin in the upper echelons of statesmen that dominated Israeli politics both before and after the establishment of Israel in 1948. Peres, the son of a Polish émigré who moved to Tel Aviv in 1932, was intimately involved in conflicts as far back as the 1956 Suez crisis but shed his early hawkish beliefs for the pursuit of peace with the Palestinians and the wider Arab world.
Peres won the Nobel Peace Prize in 1994 alongside Yasser Arafat and his long-term political rival Rabin for his work towards the signing of the Oslo Accords and served as president, prime minister and minister of foreign affairs, defence, finance and transportation during a political career that stretched 55 years. He stood down from politics only in July 2014 when he was replaced as president by Reuven Rivlin.
Early in his career Peres led negotiations with King Hassan of Morocco and then King Hussein of Jordan before embarking on the secret negotiations with Arafat and the Palestine Liberation Organisation (PLO) that eventually led to Oslo. Even with the outbreak of the Second Intifada in 2001, Peres remained a supporter of the Palestinian Authority, the political body that Oslo created and that governs part of the Israeli-occupied West Bank to this day.
In 2011, Peres was awarded an honorary sheikhdom by Bedouin leaders in the village of Hura, in the Negev Desert, for his efforts to achieve peace in the Middle East. As well as the Nobel Peace Prize, Peres was awarded an honorary knighthood by Queen Elizabeth and the presidential Medal of Freedom from Barack Obama in 2014. By the time he retired in 2014 aged 91, he was the world's oldest head of state.
Peres started his career in the Haganah in 1947 when David Ben Gurion put the 24-year-old in charge of sourcing weapons for the Israeli militia that would go on to become the Israeli Defence Forces (IDF). In 1953 he was appointed director-general of the Ministry of Defence and forged a close relationship with France, which would join Israel and Britain in 1956 in the invasion of Egypt during the Suez Crisis.
While Peres was most famous for his efforts to seek peace with both Israel's Arab neighbours and the Palestinians, he was instrumental in developing and arming the Israeli Defence Forces (IDF) and was the architect of the country's secret nuclear programme. Amotz Asa-El, Jerusalem Post senior commentator, told IBTimesUK that Peres became a hawk after the Six Day War in 1967, when Israel was invaded by Egypt, Jordan and Syria.
But during the 1970s, Peres's stance towards the Arab world changed. Asa-El believes that this came after Egyptian President Anwar Sadat visited Jerusalem in 1977, which made Peres "a deep believer in the feasibility of peace," he said. The trip was a precursor to the 1979 peace deal between Egypt and Israel, signed at Camp David, for which Anwar Sadat would be assassinated in 1981.
As Minister of Foreign Affairs in in 1986, Peres met with Morocco's King Hassan in the first official talks between an Israeli leader and an Arab head of state and in 1987 he signed a secret deal with Jordan's King Hussein. While the deal with Hussein was derailed by the start of the first Palestinian intifada in 1987, the talks formed the framework for the 1991 Madrid Conference, which in turn led to the 1994 Oslo Accords.
Oslo was to be the deal that made Peres and Rabin famous around the world, as Rabin shook hands with Arafat on the White House lawn and all three men were awarded the Nobel Prize for Peace. After Rabin's assassination a year later, Peres tried to maintain the momentum of Oslo as acting prime minister but was narrowly defeated in the 1996 elections by Benjamin Netanyahu, whose right wing coalition had opposed the accords.
Peres continued to back the peace process and the Palestinian Authority, which governed a small area of the West Bank from which Israel had withdrawn after Oslo, even at the outbreak of the Second Intifada in 2001. But at the same time he continued to straddle right and left by entering into coalition with the hawkish former prime minister Ariel Sharon in 2001 and 2004. He was narrowly defeated in Israel's leadership elections in 2005.
Peres was elected to his final political position as president of Israel in 2007 after the resignation of incumbent Moshe Katsav over allegations of rape and sexual harassment, for which he was convicted in 2011 and remains incarcerated today. Peres is credited with restoring the office of president after the considerable damage inflicted on it by Katsav. In 2013, he announced that he would not seek re-election when his term expired in 2014.
Even well into his 90s, Peres was still speaking at events and regularly outlined his desire to see peace between Israel and the Palestinians, even as relations between the PA and the Israeli government broke down completely in 2014 with the war in Gaza. Once the great hope for peace in the Middle East, Oslo is now roundly seen as a failure by both Israelis and Palestinians, who see a region more divided now than it was 23 years ago.
But Amotz Asa-El said that for Israelis across the political spectrum, Peres' illness had sparked a period of reflection, both in terms of what he achieved and how Israel had changed in the almost 75 years since the young man arrived in Palestine and began working as a dairy farmer in a fledgling kibbutz. Israel's founders – Ben Gurion, Rabin and now Peres – have now left Israel to a new generation of leaders.
"It is like a tribe that feels deep sorrow at the departure of a tribal chief but at the same time feels consciously confident about the future," he said. "When people look back and see what Peres had and what risks he faced [...] when he started out in 1948 as a 26 year old [and then] look at what Israel has today they feel very proud and confident."