Bahawalpur Mishap Where do we belong? 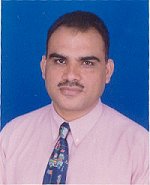 By Aftab A. Christopher The Punjab Police have arrested a person Shafiq-ur-Rahman who has allegedly claimed to own responsibility in the name of Lshkar-e-Umar. According to reports Shafiq sent a message to different dailies from a public service fax