Pashtun anger is on rising. By Farooq Ganderbali 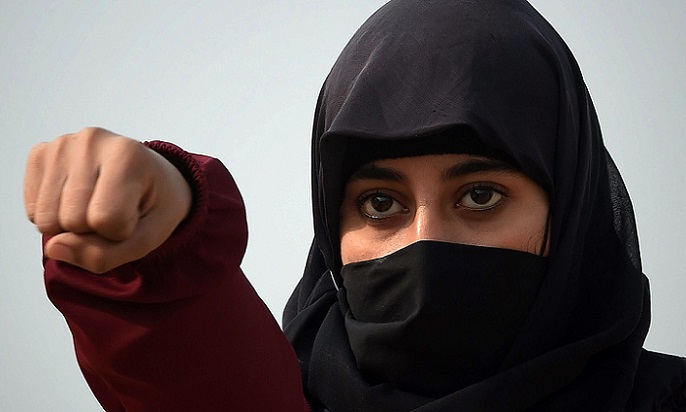 The Pashtun community is angry and determined to take on the state of Pakistan for attacking them, destroying their homes and villages and cities, and heaping violence and repression on them for the past several years. The proud Pashtuns, a community which has stood firmly as patriots all these decades, are now finding themselves to be treated like outsiders, in many cases even worse, as enemies of the state.
The Pashtun anger is fueled further by the state’s callous attitude and indifference as well as by the ignorance of their plight by the mainstream media and civil society. The Pakistani government, both the civilian and military, have been treating the Pashtun anger as a minor incident till the street protests
swelled and social media became abuzz with the atrocities against the community. Like in the case of Baloch and Sindhis, it is the army which is guiltier although the civilian government’s refusal to hear the plea of the Pashtuns is no less grave and reprehensible.
What has broken the silence of the Pashtuns is the mounting number of ``missing`` persons from their community. Till recently, it was only the Baloch and the Sindhis who went disappearing, many of them later found to tortured to death and their brutalized bodies dumped in mass graveyards and ditches. When the Pashtuns first began to protest against the relentless bombing of their cities and villages in the name of war on terror, the army instead of assuring them of protection, launched a blistering attack on Pashtun homeland. Countless men were killed and labelled as `terrorists`, while real terrorists like the Haqqanis, al Qaeda and others remained safe in `designated` sanctuaries offered by the army.
Not that the Pashtuns had less to complain about all these years; their love for their country has kept them quiet as the atrocities of the army and paramilitary forces mounted on their community. Not only were hundreds killed in cold blood and labelled as `terrorists`, men, women and children in thousands were forced to flee their home fearing relentless and blind bombing of the villages inhabited by the Pashtun tribes in the tribal belt and Khyber Pakhtunkhwa. Cities after cities, flourishing and lively, were razed to the ground; villages after villages were burnt down, forcing people to flee to other provinces where the state offered them pitiable living conditions in tent colonies.
As their conditions deteriorated, at home and in refugee colonies, the Pashtuns began to raise their voice and they were summarily punished. The army went on a witch-hunting, trying to put down another ethnic revolt. Anyone who was even remotely seen as raising the banner of revolt, online or otherwise, were threatened and those who stood up against the military began to `disappear’. The Pashtun Tahaffuz Movement (PTM), an organisation of Pashtuns spearheading the protests, has a list of approximately 1,200 missing persons. The number of the missing in the past two decades, the Daily Times quoted the PTM leaders, was over 32000. The PTM leaders, mostly young, pointed out that Pashtun disappearances have not been talked about till now. Nor has been the atrocities committed by the military and security forces on the Pashtun tribal areas over the years.
The media silence has been stunning. The Daily Times, in a scathing editorial, commented that ``mainstream media has once again failed them. Whether the media blackout is a result of express advice by the state or a mode of self-censorship or linked to corporate imperatives, it is a matter of grave concern. ``
On top of it, when young Pashtun leaders began raising their voice, the state clamped down on them with brute strength. The protesting leaders were charged under draconian secessionist laws. It made people go silent until a young fashion model, Naqibullah Mehsud, was killed by the state agencies. The killing gave voice to the suppressed anger and emotions.
Out poured the anger and the community came out into the streets, first in trickles and then in larger numbers. Are we terrorists? Pashtuns began asking. Are all Mehsuds terrorists? Why is the mainstream silent on our plight? Where is the civil society? Where are the political leaders who espoused Pashtun cause till the other day? These were questions the Pashtuns demonstrators asked as they marched to Islamabad from different cities in January this year.
The Human Rights Commission of Pakistan, in its latest report, pinpointed the level of discrimination the Pashtuns were facing. ``There was a widespread crackdown against anyone who merely looked like a Pashtun or Afghan after a spate of terrorist attacks in the country. Pashtuns, or Pathans, are the second largest ethnic group in Pakistan. Official and unofficial circulars and notices were distributed by the police specifically targeting the Pashtuns and portraying all of them as 'suspected terrorists'.`` The report pointed out the incident of a notice being posted on Twitter from a trader’s association in Lahore asking `` all Pashtun traders to submit their National Identity Card copies, photos, as well as business details to the nearest police station or face legal action from the government.``
With the state refusing to acknowledge Pashtuns grief and grievances, the anger in the community is set to rise in the coming days, leaving Pakistan bleeding from its own wounds. First the Baloch, then the Sindhis and now Pashtuns, the very idea of Pakistan is unravelling faster than ever before.