The U.N. should not remain passive in the face of human wrongs in Kashmir. Dr. Ghulam Nabi Fai 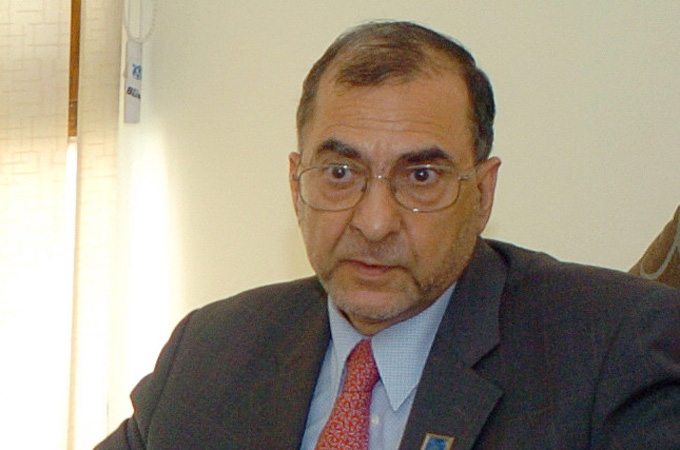 Kashmir is one of the most idyllic setting in the world. A picturesque valley located between Pakistan, India, Afghanistan, China and with a small strip of 27 miles with Tajikistan and Kyrgyzstan. Kashmir is a natural paradise.
The history of the freedom of Kashmir dates back 1931 when the people of Kashmir, both Hindus and Muslims initiated a freedom movement against the then Maharaja (Ruler) to have their own indigenous rule in Kashmir. The resentment of the people led to the 'Quit Kashmir' campaign against the Maharaja in 1946. Faced with the insurgency of his people, the Maharaja fled the capitol, Srinagar, on October 25, 1947 and arranged that India send its army to help him crush the rebellion. India, coveting the territory, set the condition that Maharaja must sign an 'Instrument of Accession' to India. At the same time, India had to attach another condition that accession was made subject to 'reference to the people.' On India's showing, therefore, the accession has a provisional character.
Then India brought the dispute to the United Nations where the Security Council discussed the question exhaustively from January to April 1948. It was agreed upon by the Governments of India and Pakistan and approved by the international community that the dispute over the status of Jammu & Kashmir can be settled only in accordance with the will of the people which can be ascertained through the democratic method of a free and impartial plebiscite
By adopting a number of resolutions from 1948 to 1962 reaffirming the principle of free choice for the people of Kashmir, the Security Council â€“ and, therefore the United Nations â€“ has assumed a moral responsibility to ensure that conditions in Kashmir will permit the exercise of that choice. To disown that responsibility would expose the world organization to the charge of making hollow promises and, indeed, deceiving a population which is larger than that of many Members of the United Nations individually.
The people of Kashmir never lost hope either in the United Nations as the custodian of human rights, or in their demand to exercise the right of self-determination. The scale of the popular backing of the uprising in Kashmir can be judged from the established fact, that on many occasions during the month of July-August 2018, virtually the entire population of Srinagar and major towns in the Valley came out on the streets in an unparalleled demonstrations to protest the attempt by the Government of India to scrap the Article 35 A of the Indian constitution which gives the special rights and privileges to the state subject of Jammu and Kashmir. Article 35 A also bars foreigners to buy the land or to acquire immovable property, etc. in the State. The Joint Resistance Leadership and other legal, religious and business fraternities believe that the abrogation of this constitutional provision is a conspiracy to change the demographic composition of the state. However, the Supreme Court of India adjourned the hearting of Article 35-A till August 27, 2018.
In response to the peaceful and massive demonstrations, much inhumanity, continuous violations of basic rights, frequent massacres, constant fear, hunger and misery â€“ these are the gifts of Indian occupation to the people of Kashmir. For the populous South Asian subcontinent, the Kashmir situation entails recurrent possibility of disaster and nuclear war. There is a way to bring these atrocities to an end. The way is that the Secretary General of the United Nations uses its moral and legal authority to reinvoke peaceful dialogue between the Governments of India & Pakistan along with the legitimate representatives of the people of Kashmir for the final settlement of the dispute.
The Charter of the United Nations empowers the Secretary General of the United Nations to bring any matter which may threaten the maintenance of internal peace and security to the attention of the Security Council. In consistence with the universally accepted principle that no situation should be allowed to escalate to a point of no return and that the United Nations should not remain passive in the face of human wrongs being committed on a vast scale, the people of Kashmir expect the Secretary General will not hesitate to exercise his discretion and put the Kashmir issue on the active international agenda.
Should the Secretary General feel that the factual data at his disposal does not justify the use of his power under Article 99 of the UN Charter, we respectfully propose that the Secretary General urgently dispatch a special representative of high international standing to India and Pakistan who should visit both parts of Kashmir and report back to the Security Council the facts of the situation. In fact, 'United Nations High Commissioner on Human Rights' has also recommended to send a fact-finding mission to Kashmir to assess the situation there. If India feels that it has nothing to hide, it should welcome such action.
We feel confident that the Secretary General of the United Nations will not encourage any party to an international dispute which has been taken cognizance of by the United Nations to circumvent and rebuff the world organization. It should be one thing for the United Nations to remain inactive if an alternative and credible peace process were in motion. It is another when not even the beginning of an effort towards arriving at a settlement bilaterally between the parties or through mediation by friendly governments is visible. To put it plainly, the present situation is that the United Nations is allowing its resolutions to be dishonored and the people of Kashmir to be condemned to systematic destruction. The people of Kashmir deserve better.
Dr. Fai is the Secretary General of World Kashmir Awareness Forum and can be reached at gnfai2003@yahoo.com