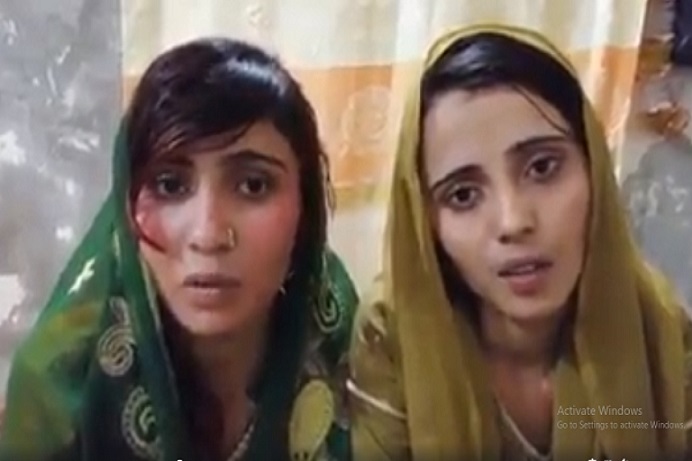 The recent abduction and forcible conversion of three young Hindu women in Pakistan’s Sindh province raked up great anger in different parts of the world. What has riled large section of the Pakistani civil society is that such incidents have become so regular that successive Pakistani governments have protected the guilty Muslim men and their families instead of the hapless Hindu families.

Although Prime Minister Imran, had ordered an enquiry and the Islamabad High Court has constituted an independent panel to probe the incident, the Hindu community is not assured. Their deep-rooted scepticism is the result of decades of gross criminal negligence on the part of state machinery to protect the Hindu citizens of the country. In fact, the police and the judiciary have been keen to help the guilty. No one has been punished for abducting innocent Hindu girls and forcibly converting them.

Sometime back, an influential English daily, Daily Times, had published a damning report on the crimes committed against the Hindu girls, especially in Sindh. The report pointed out that around 7,000 to 10,000 Hindus (around 1,600 families) had left the country in the last two years. Of them, 450 families were from Sindh. The newspaper report was instigated by a series of incidents involving Hindu girls in Sindh.

The newspaper stated that the situation in Sindh was among the worst in Pakistan and interior Sindh the most severely affected by abductions and forced conversions of Hindu girls. Those who were interviewed by the newspaper reported increased cases of rapes, forced conversions and abduction of Hindu girls ever since the so-called ``war on terror`` had begun. They accused the authorities of being hand in glove with clerics in perpetuating the crime and protecting the guilty men and their families. With no hope from the judiciary or the government, many of the families were forced to think of leaving Pakistan for any other country.

The Hindu community in Sindh and elsewhere fear the situation to turn even more worse because of the involvement of terrorist and extremist groups involved in these crimes. Islamist extremist groups, most with the active connivance of the intelligence agency of the Pakistan Army, have been running a campaign in interior Sindh to ``choose and pick`` Hindu girls for forced conversions

In a comprehensive report, reputed English daily, Dawn, had investigated ``how certain mullahs and feudal landlords are exploiting poverty and class distinctions to put Thar’s Hindu community under unprecedented pressure``.  The article pointed out that such incidents have been happening at other places in Pakistan but ``in Thar, with its huge Hindu population, it assumes a different dimension, especially against the recent backdrop of the mushroom growth of seminaries in Umerkot and Tharparkar districts. ``In an editorial, Dawn pointed out that `` the conversion of Hindu girls — many of them underage — and young women, is often used to ‘legitimise’ their kidnapping and rape``.  It asked  disturbing questions: How else can one explain that young girls and women of marriageable age comprise the vast majority of such cases? Moreover, if they do convert willingly, why is it they never contact their families again?

In a detailed investigation, the National Commission for Justice and Peace stated that abductions and forced conversions have become more common in the cities. Titled`` Forced Marriages: Situation in Pakistan``, the report showed how girls were forced to convert and  kept confined in Islamic centres or mosques before they were forced into wedlock. The crime has the tacit approval of the local authorities because in almost all the cases, even when cases are filed, the perpetrators of the crime are allowed to go scot free. Rarely has any abductor been charge-sheeted, tried or punished by a court of law, the report said.

The latest incident has drawn wide-spread condemnation. The Human Rights Commission of Pakistan, called for a comprehensive law to  ‘take swift, serious measures to resurrect and pass the bill criminalising forced conversions.’ The commission said `` the ugly reality of forced conversions is that they are not seen as a crime, much less as a problem that should concern ‘mainstream’ (Muslim) Pakistan.``Expressing shock at the inability of the father of the two hapless girls to file an FIR, the commission said the `` state has a responsibility to all its citizens to protect their freedom of religion or belief.``

The most poignant article, a personal memoir, was written by a Hindu girl, a reporter with Dawn, a few years ago, which captured the agony of being a Hindu girl in Pakistan. Faiza Mirza wrote: `` I am one but share the pain of many. I am Rachna Kumari, Rinkle Kumari, Manisha Kumari and the many more Hindu girls who will be forced to convert in Pakistan. I am the fear of their families and the agony that they undergo. I am the misery of those girls who die a little every day for the injustices done to them. I am a minority living in an intolerant society. ``