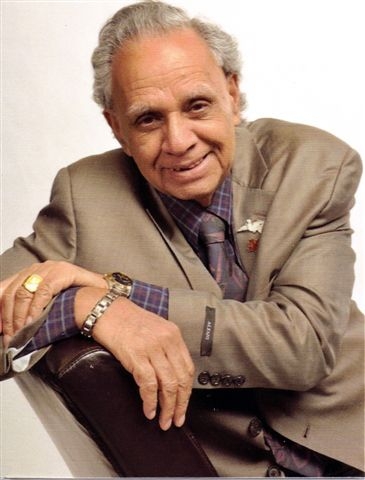 As soon as the crowd entered Shantinagar, the residents felt as if that was doomsday.  Everywhere, they saw clouds of smoke. The attackers first cut off the telephone lines, and the electricity. Many were reportedly armed with rifles, pistols, daggers, homemade bombs and other weapons.  The mob consisted of forty to fifty thousand persons, including old, young and children. Many of them had solid sticks, iron rods, naked swords, batons and burning torches. They came in cars and trucks in the morning when people were getting ready to go to work. Many were on tractors, trolleys, trucks, vans, bullow carts, and on donkey carts. As soon as they neared the village, they started destroying everything they could lay their    hands on.

The attackers were divided into three groups. The first group grabbed cash, ornaments and other expensive articles while going from house to house. The second group drove away the livestock, including the cows and buffaloes. The third group consisted of trained terrorists. They carried guns and bags filled with some sort of powder. They used to throw that powder on the floor of houses and then fired shots from their guns which ignited instant fire. They also threw bombs toward the roofs. The roofs came down and the iron-rods melted in no time with the heat. The fire burned furniture, bicycles, including the documents of their properties, certificates and degrees, pension books and other valuable documents. The crowd cut down several trees, and also destroyed the orchards of the mangoes. All the shops in the village were burnt and looted. There was nothing to buy and sell. In the middle of the village was a square which always bubbled with life. After the attack there were only the heaps of the coal and ashes.

The crowd had people who carried iron batons which they used for breaking the locks. It appeared that the primary aim of the attackers was to break the financial back of the Christians. The Christians went from one house to another to save their lives. There were about four hundred police officers who were alleged to have distributed grenades and shells to the militants. The cries and wailing of the homeless Christians filled the air.

The crowd torched houses and shops systematically, blowing them up with hand-grenades, petrol bombs, and the incendiary powder which they used generously. The churches received special treatment as they were completely destroyed and Bibles and hymn-books placed inside them were burnt..."6

Khanewal administration had informed the army. A helicopter was sent to inspect the area. Following this, Major Aslam was sent to that area with fifteen troops. The control was given to the army much against the wishes of the police. Moreover, the local police officers gave wrong directions to the army. As a result, about half an hour was lost in finding the real place of tragedy. According to reports, the police was also slow in handing over control to the army to gain time for the mob. When the army saw the smoke coming out of the village, the police told them that the crowd had burnt some tires and the smoke was from those tires. Assessing the seriousness of the situation, the army entered the village without the complete permission of the police. As soon as they entered, the crowd disappeared. The soldiers were able to arrest some vandals. The police let them go after a while.

Khaled Ahmed reported: "The army contingent was however stopped by the police midway between Khanewal and Shanti Nagar. They assured the army that things were under control. Two hours were thus gained in which the crowd and its police leaders got busy in the destruction of property in Shanti Nagar. However, when the army men saw the inhabitants of the village running out in panic, they went in..."7

While retreating, the crowd took away the water taps, the handles of the hand pumps, and damaged the water pumps, so that the residents were not able to get water to extinguish the fire.   The crowd attacked the village at nine in the morning and remained in the village till twelve. During these hours the police kept helping the crowd, sharing the loot. Frightening the Christians with guns and daggers, the mob compelled them to repeat the Koranic verses.  Some Christians said that they were beaten when they refused to say the Islamic creed. They burnt three churches and thousands of books and also defiled copies of the Bible. They took with them the holy utensils of the church. About three hundred houses with their belongings were burnt. They had enough time to divide their loot among themselves right there. They were violent with children, old people, young persons and women.

The priest of a church told his scribe that furniture, wooden doors, windows, curtains and books were reduced to ashes when the violent mob set the church afire."8  The homes, churches, crops and live stock was either burnt or looted. The mob was organized and came prepared with weapons. When they left, most houses had only walls without their roofs. The floors of the houses had heaps of ashes around them. For days, people had the same clothes which they wore on the day of the attack. They had neither beds nor bed sheets and blankets. They did not have utensils to cook and water to drink.  "The attackers took all the expensive things with them--gold ornaments, televisions, video machines, refrigerators, clothes, costly bedding, whatever they wanted and the rest was collected and set on fire,"9. Several married women were persuaded by several zealots to leave their husbands and marry Muslims right there and then. The crowd was not successful because of the arrival of the army.

"Ten Christian girls were sought to be forcibly converted to Islam for instant marriage to members of the mob but the attempt failed. There are also rumors that these girls were raped. There were widespread looting of goods and stealing of cattle which the police was reported trying to recover from the surrounding countryside..."10

The mob also attacked five villages, named 87/10.R Sad Form; 83/10R; 86-75/10R; 81-82/10R; 85/10R and Tiba Colony. They burnt and disgraced the churches even here. In one village 8182/10.R , they destroyed a church completely. Pulled down the cross and tied shoes with the cross. Close to Chak 12 Rekhbirwala, they burnt a church and looted all the belongings. The women were kept under guard and were asked to work harder for them in the fields.

The army imposed a curfew to keep law and order. At seven in the evening, a person from the village rushed to a factory outside of Shanti Nagar to inform the Multan office of the Commission of Justice and Peace, an organization which is run by the Roman Catholic Church. Its volunteers called a meeting immediately to set a relief work. The first two trucks with relief supplies came from Multan. A fire brigade arrived eight hours later and provided water. Several residents remained without food and water for two days. After two days, help began pouring a systematic way.

"Mother of five, Mukhtari Bibi, told her story in tears. My whole family spent two days without food. We slept without warm bedding. We are homeless and shelterless. The Muslims burnt everything. This horrifying tale is not the story of a single woman but of hundreds. The people of Shanti Nagar will never forget the day when their homes were burnt and their village destroyed while the law enforcing agencies looked on".11

According to one estimate, the crowd destroyed about one thousand houses and reduced thirteen churches to ashes in Khanewal, Shanti Nagar and in the surrounding areas. The 85 percent of Shanti Nagar was ruined. Thousands of copies of the Bible and other religious books were burnt. In Christian Colony, all the shops were burnt and about fifteen hundred homes were set to fire. The extremists surrounded Christian Colony from all sides for hours. In the procession, nearly everyone was armed and it appeared as if they were preparing for a great battle. The Christians said later that in those days they saw death face to face. For two days, the women and children remained terror-stricken.

Many of the villagers had nothing after the incident, except the clothes they wore on the day of the incident. After the incident, many Muslim shopkeepers refused to sell food to Christians in Khanewal. The deputy commissioner of Khanewal gave only forty bags of flour and one hundred and eighty blankets and five hundred rupees to each of 200 families whose total loss was millions of rupees. There was a plan to attack a few other Christian villages but during that time the army began to guard those places.

Total monetary loss was close to one billion rupees. Twice the amount was required to rehabilitate the victims.

But the psychological cost was much higher. The residents would carry those scars for years, and the children who saw that destruction will not be the same. It may take decades to build a bridge of understanding between the Muslims and the Christians of those areas.