PREFACE of the book ‘Religious Liberty, Freedom, Power and the Role of the West' written by Sardar Mushtaq Gill 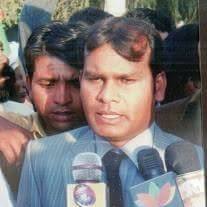 Why, the writer has decided to write his second book on this topic ‘Religious Liberty, Freedom, Power and the Role of the West’, as the current collective struggle of nations for religious freedom on the initiative of the USA and the West. The writer is an advocate for religious liberty and freedom from last many years. He is aspiring to explain what religious liberty and freedom is; and what is the role of power for this precious right in the both ways to destroy or achieve. He thinks it should be highlighted the thing which is an important element for religious liberty, freedom and its practice’s guarantee. And why, where, and when, Power is needed to use to stop the violent and destructive religious teachings and practice. This violent and destructive religious teachings and practice becomes the cause of religious persecution.

Man has hunger for power and he is continually in struggle to get more power for his survival in this hostile world. But some are wrestling to get themselves so powerful to overthrow others. This is the negative want to use of power. As the topic is religion, there are instances in the history of the world in which religion gained power and it strove to maintain peace and tranquility in society at large. There are also occurrences where religion won power and made hostile others to surrender under their religious teachings and practices. In some places, they became hope for downtrodden, and religion equipped itself as more powerful when downtrodden were given equality and justice in public.

In the present scenario, the role of the West should not be ignored in the world. It will be injustice with the West if someone not accept the truth that the West are the superpower nations and good news is that the status of superpowers are a hope for the downtrodden of the world at large. Today the West can arm herself with the downtrodden of the world who could be future’s instrumental power for her. It is appreciable that the West is already leading and striving the world for a place where the safety of human being at large will be more secure. It is also admirable that the West is taking it serious where religious liberty and freedom is at stake. When the West had beacon of Christianity, the West gave the world a visionary heritage. If the Christianity will lose its value in the western civilization, then there will be no civilization in the west and the world will be suffering more than now. There will be war and violence, demolition and destruction.

It is true that the West was pure Christian nation and she was built on Christian faiths, values and practices. Christianity was the basic secret for her success as to be a powerful nation in the world. It is a caution for the West that she will not ignore Christianity its faiths, values and practices why because without Christianity she could not be in position to maintain its present status as a powerful nation in the positive direction and doing leading role in the world. The west used power to maintain peace, tranquility and safety not only for her own peoples but also for the world at large. It is also a warning for those the downtrodden and depressed, who were given status of equality in the society and they gained position to speak, don’t oppose the West’s Christian policies and its Christian status and values because of its Christian policies you are in the place where you have right to speak as a free man even you are in any corner of the world.

The purpose of this book is to explain the right way to define religious liberty and freedom and how to be protected and promoted in the world. Power is not a negative thing but its abuse could be dangerous for public. Religion's destructive teachings and practices could be dangerous and harmful for others. The duty of the Power is to restrain religion when its destructive teachings and practices could be harmful and destructive for others. As we don’t accept exclusive Secularism and non-Religion including Atheism, which is anti-religion and God. In the same way, we don’t accept religious liberty and freedom of any religion, which is anti-Christians, Jews or anti other religions, because of its destructive and violent teachings and practices the world will be in suffering.

The writer is a human rights defender lawyer from Pakistan. By faith he is a Christian and preacher of Christianity. He is a researcher of Christian persecution in Pakistan from last many years. He has contributed for religious liberty and freedom’s work. He has also worked for uplifting human rights and advocated for it by his advocacy and writing skill. In spite of his Christian faith, he has respect for others’ faith and value. It is the duty of the reader to distinguish which religion has destructive teachings and harmful practices for humanity.

This is the book in which the writer has taken the steps to define the elements of human rights at large and religious persecution so that this book could be helpful for all those who are advocating for human rights and the most precious right of religious liberty and freedom in the world. Because of this main purpose, it is necessary to write this book which could be beneficial for public at large. The writer is free to write the elements and their meanings according to his knowledge, wisdom and mind, which is for him, is for the improvement of the world decision making ability, critically, some may agree or disagree with the writer’s approach, but the purpose of the writer is to give directive instrument in shape of this book.