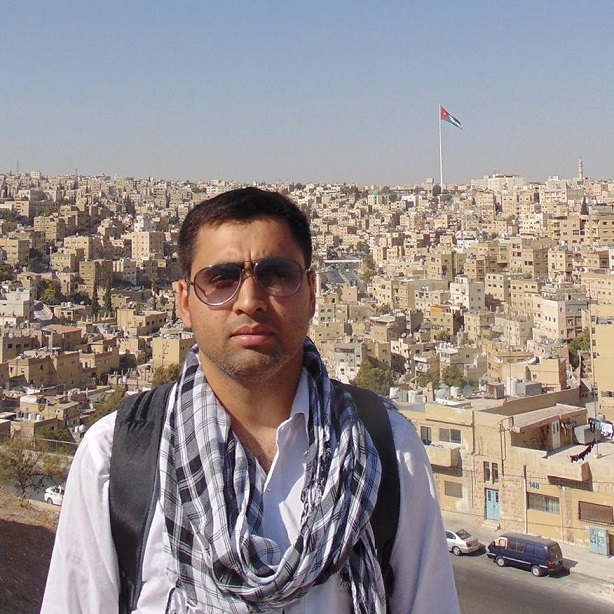 Turkey and the United States have agreed on the creation of a buffer zone in northern Syria in areas controlled by Syrian Kurdish forces. Details of the agreement remain sketchy but roughly it’s has been agreed that the area will be controlled by Turkey. To facilitate the process, the US and Turkey will establish a joint command and control centre in the area. According to Turkish Defence Minister Hulusi Akar, the command post will be operational within the next few days. Syrian Kurds rightly fear that this buffer zone is carved out by Ankara just to expel them from the region which they liberated after a tough fight from ISIS. This believe of Kurds is also strengthened by the past behaviours of the Turks especially in January 2018 when Turkish army attacked Kurdish controlled town of Afrin. Syrian Kurds has been regularly targeted by the Turkey through regular shelling of Kurdish positions and military campaigns like Euphrates Shield and Olive branch. Syrian Kurds are on top of Turkish hit list as they are the major obstacle in Ankara expansionist policies in Syria. Since the beginning of Syrian conflict Turkey tries to instrumentalize the Syrian war to further its own agenda.

Turkey justifies its fierce hostility to Kurdish forces by arguing that Kurdish-controlled regions in northern Syria are terrorist dens and shelter outlawed Kurdistan Workers’ Party (PKK) which has launched a guerrilla campaign against Turks since 1984. But Turks failed to provide any evidence that Kurds have launched any terror attacks from Syria. A cursory look at the size and strength of the forces on each side of the border also clearly illustrates that Turkey is well capable of securing itself from any potential threats from Syrian Kurdish-led forces or PKK. The concentration of Turkish troops on the Turkey-Syrian border is almost an army corps size and includes two armoured brigades, two mechanized brigades and two commandos’ brigades. On the Syrian side of the border there is nothing that can militarily match such a big formation of troops. Turkey’s border regions with Syrian territory east of the Euphrates river are already heavily secured and militarized and have been for years now. So, its near to impossible that PKK is launching or can launch any attack from Syrian soil on Turkey. Moreover, Syrian Kurdish forces lacks any heavy weaponry that could seriously threaten the Turkey such as artillery. Turkey, on the other hand, can easily devastate Kurdish positions or troop formations across northeast Syria with artillery and fighter jets without sending a single soldier or tank over the border. Most of Syrian Kurdistan’s major cities sit directly on the Turkish border and are, therefore, extremely vulnerable to any Turkish attack or bombardment. So, it’s the Syrian Kurds who are threatened by Turks and not the other way around.

So, what’s the real reasons for creation of this buffer zone by Turkey. Firstly, it’s a case of outright landgrab by Turks. As also in its previous operation in Afrin, Turkey engaged not in counter-terror, but in ethnic cleansing. This buffer zone would give Turkey control of most Kurdish-governed towns and cities like Qamishli, Kobane, Amudeh, Malikiyah (Derik), Ain Issa, and Manbij and eventually Kurds can be forced out of these cities/towns and pro Turkish population can be inhabited. Secondly Turkish President Erdogan wants a military campaign to distract Turks from his own failings. Turkey’s economy is teetering. Erdogan’s repeated losses in Istanbul elections further shakes the Turkish leader’s confidence. So best way to enhance his strong leader image is to launch a military incursion or increase tension with Kurds. Lastly the vast majority of Syria’s oil resources would also fall in the “buffer zone” that Turkey seeks to occupy and control. In effect, what Turkey seeks is not only the expulsion of Syrian Kurds from the buffer zone, but possession of the oil reserves that this area sits over.

The Ottoman Empire was a global power that, at its peak, controlled vast areas of territory in the modern Middle East, North Africa, the Caucasus and the Balkans before its ultimate dissolution after World War I. The foreign policy of its successor, the Turkish Republic, has in recent years resemble as an attempt to increase Turkish influence in the regions of the former empire and especially in immediate neighbourhood. Ankara's this Neo Ottoman approach in the region has been clearly visible through its engagement in the Syrian conflict after 2011. All of Turkey’s strategic targets and demands since starting of the Syrian conflict like ousting of the Assad regime, preventing a Kurdish autonomous region, declaration of a no-fly zone, creating a buffer zone along the eastern part of Euphrates river, protecting the radical Islamist groups in Idlib were part of this approach. Erdogan statements in which he often questions the Lausanne Treaty are a Turkish desire to redraw the map and reshape the Middle East in his favour, and to this end he is not interested in a sustainable peaceful solution in Syria in particular. But US has to realise it sooner than later that the Syrian Kurds are valuable partners in America’s efforts to fight ISIS and contain Iranian influence. Washington should not allow them to fall prey to Turkish ambitions.

(Author is a columnist for Middle-East and Af-Pak region and Editor of geo-political news agency ViewsAround can be reached at manishraiva@gmail.com)