Ibadis are Ray of Hope for the Region. By Manish Rai 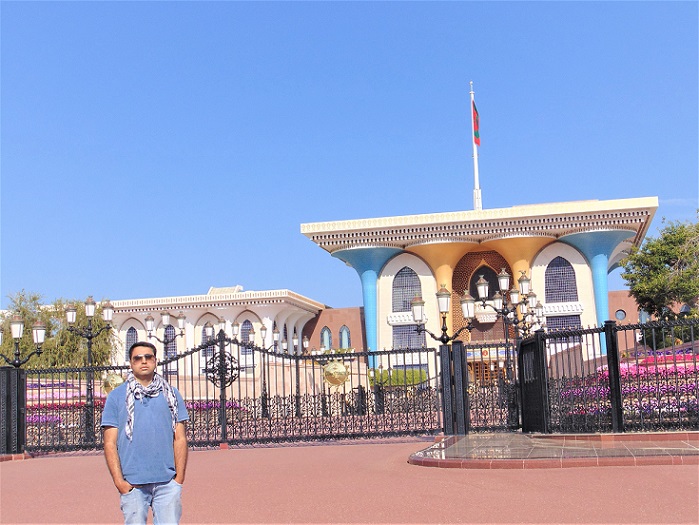 It’s widely believed that there are two main branches of Islam i.e. Sunni and Shia, which differ in their understanding of early Islamic history and hence they have different ideas about how Islam’s leadership should have been organised in subsequent eras. But there is a third, lesser-known body of believers with deep historic roots, and their identity fractionally predates the Sunni-Shia split in the seventh century. They are the Ibadis, who number less than 3 million in total. Only in one country, Oman, do they form a majority. However, significant pockets exist in North Africa, especially Libya, and along the east African coast, particularly on the island of Zanzibar. The Ibadi branch takes its name from the moderate Islamic scholar Abdullah ibn Ibad at-Tamimi, who became the leader of the group in Basra around 685 BC. Still, the Ibadis claim that their true founder was Ibn Ibad's successor, Jabir ibn Zaid al-Azdi, originally from Oman. They are an offshoot of the Khawarij, one of the hardest-line tendencies to emerge in early Islam, and yet the Ibadis are at the liberal end of the Islamic spectrum in every way. By contrast, the Ibadis were and are relatively accommodating towards Muslims of other school of thoughts and indeed towards Christians and Jews.

On some touchstone theological issues, the Ibadis take what modern Westerners analysts would call a liberal line. For example, they see the Holy Koran as being created by God, rather than a manifestation of divinity, itself. Unlike any other countries in the region, Oman’s legal system offers extensive protection to religious minorities (Sunni and Shiite Muslims, Hindus, Sikhs, Jews, Christians and Buddhists).  Ibadis have always followed the attitude of unity with other Muslims, even if they are non-Ibadis. The only circumstance in which an Ibadi is allowed to resort to violence is when there is a need to remove an unjust despot from power. Violence is never professed for religious reasons and mixed marriages with Muslims of other denominations are allowed. Ibadism has always demonstrated a notable openness to non-Muslims as well. The Ibadis are the least fanatic and sectarian of all ideologies. In its school’s curriculum the Sultanate of Oman avoids teaching sectarian dogma or the history of division within Islam. Curricula are informed solely by general Islamic principles undisputed by Sunnis, Shias, or Ibadis.  In fact, it widely perceived as illegal to ask someone what sect they belong to, as it’s almost always perceived as an insult and, under the law, an “abuse to a person’s “dignity. Children are taught from a young age to not inquire about the sect, tribe, or mother tongue of others. This approach appears to have strengthened the country’s social fabric.

This is even proven by the figures released by international agencies. In year 2015, the International Centre for the Study of Radicalisation and Political Violence at London’s King College found that not a single Omani had joined the more than 20,000 foreign fighters battling alongside ISIS. The 2016 Global Terrorism Index gives the country a score of “0”, which means there is “no impact of terrorism” within its borders. It’s noteworthy that Oman is the only country in the Middle East and North Africa (MENA) with such a score, which makes it one of the safest countries in the world.

While tensions between the different branches of Islam have been peaking throughout the Arabian Peninsula and the Middle East, Oman continues to uphold its traditional liberal stance. Moreover, Oman always pursue an independent foreign policy which helps it to be seen as friend of all. That’s why Oman has managed to stay out of disputes, maintaining good relationships with Western allies and other Middle Eastern countries. Omanis does not participate in the Saudi bombing campaign and naval blockade against Yemen. Sultan Qaboos has hosted several negotiation sessions aimed at stopping this ongoing war. He has kept friendly relations with both the United States and Iran. Oman facilitated secret US-Iran meetings that eventually resulted in the Vienna nuclear talks. But not only Ibadism contributed in this liberal attitude of Omanis alone. Another important factor for this it’s their culture and exposure with outside world since ancient times. As the sultanate has an ancient history of trade with the outside world dating back to pre-Islamic times, which has done much to contrast its national identity with that of Arabia and other Persian Gulf sheikdoms. As early as the 4th century, Omani traders sailed to China from the Sohar harbor, north of Muscat.

Oman’s success in terms of preventing their young subjects from leaving the sultanate to fight with global jihadist networks on the battlefields of Iraq and Syria, or waging “lone wolf” attacks in the Gulf Arab nation, is a notable achievement given the thriving radicalisation in the region. Much of this success can be attributed to the nature of Oman’s foreign policy and the manner in which the nation has managed its own society. Other Arab states can learn from Oman that the best way to prevent foreign meddling in their internal affairs is to accommodate all ethnic and religious groups to avoid granting outsiders opportunities to exploit tensions between regimes and historically marginalized communities.

(Author is a columnist for Middle-East and Af-Pak region and Editor of geo-political news agency Viewsaround can be reached at manishraiva@gmail.com)