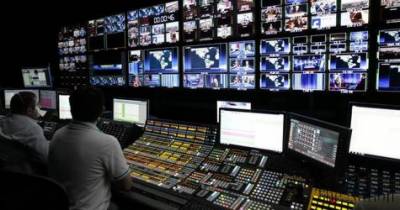 Pakistan is currently facing what can best be called the 'boomerang' syndrome of people in public and political life turning to violence -- and then making confessions and justifications.

Fisticuffs and verbal violence are normal in legislature across the world.  But in Pakistan, Federal Minister for Science and Technology Fawad Chaudhry used this august forum to confess -- and justify -- his beating up a TV anchor at a social gathering, while insisting on an answer to his question: "do people in political life not have honour to defend?"

He targeted, not the man with whom he had the fight -- the latest one -- but because the latter is a TV anchor, against the media regulator PEMRA -- for not curbing baseless allegations aired on channels.

He forgot his own past role and performance as a TV show anchor before joining politics, till he was reminded of it by Khawaja Asif, opposition stalwart. Himself a rough-and-ready man in public life, Asif is known for making outrageous comments on the Assembly floor.

Asif propounded the "reap what you saw" principle to mock at others.

Media reports say Chaudhry made his confession/condemnation/justifition in the legislature. He had "given one and taken one, perhaps" while fighting at a social gathering with TV anchor anchorperson Mubashir Luqman, demanding "accountability in the country for people defaming lawmakers for the sake of ratings."

This is nothing new for Chahdhry, however. In June last year, he was involved in such altercation with another TV anchor, Sami Ibrahim. Even then, Chaudhry forgot that as TV anchor earlier, he had engaged in character assassination of those who did not like.

"There was a scuffle that broke out. A small fight broke out. In a fight, as usually is the case, he may have got one (slap) in, I may have hit one," said the minister. this time during a TV programme on Sunday (January 5).

The minister said when he inquired where these videos existed, Luqman had smilingly told him that "I don't have them but somebody has informed me [about them]."This is when violence began.

The minister told NA that not only were "all politicians answerable to their families, but each MNA represents 0.5 million votes. "You defame someone for the sake of likes and ratings without any accountability."

'Other institutions", though he did not name the Army and judiciary, had "their own arrangements" to deal with such issues (of defamation).  He stopped short of this, but cited PEMRA as the agency to curb media, something the agencies are already doing well to curb political dissent.

He pitched himself as an elected representative of "half- a-million people" , and questioned whether it was "a precondition for politicians to stand in elections that their respect is available for anyone to tarnish."

He urged the Speaker to constitute a special committee of both government and opposition members to "deliberate why implementation on laws relating to media is not taking place".

Attacking different institutions, he said the PEMRA or the Cybercrime Wing of the Federal Investigation Agency did not take notices of "such incidents"(like the ones involving him) when they concern politicians while the courts "move very quickly on contempt when it concerns them".

Himself accused of verbal excesses in the past, Asif, however, placed the issue in a broader perspective. He said: "lawmakers, and not the media or any other institution, are themselves to blame for such incidents."

He said lawmakers use institutions that target politicians against each other, and rejoice when politicians are discussed in the media as a way of "settling scores".

Asif said although Chaudhry's grievance was genuine, "no party including the PTI has been spared by [Chaudhry's] tongue in the past 13-14 years. He is reaping the bitter harvest which he sowed."