Ambassador Taranjit should know USA landed India in confrontation with China and then backed-off. By Hem Raj Jain 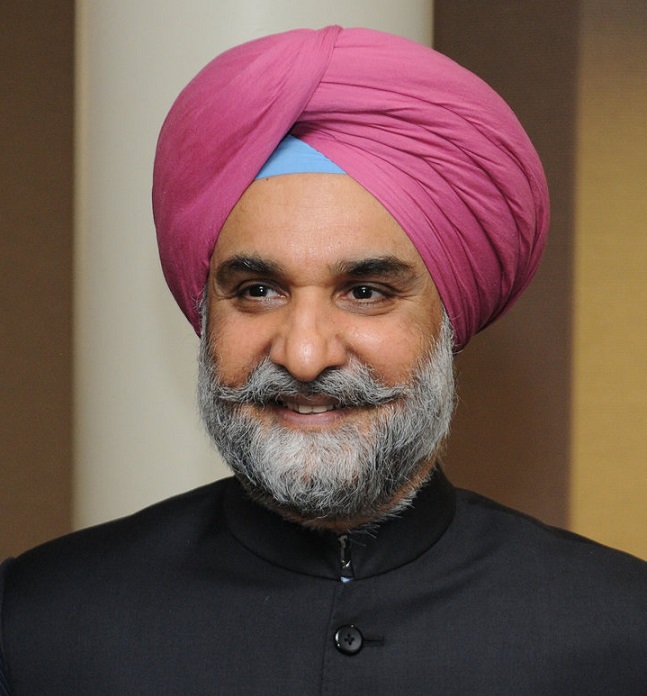 This refers to the June 29 conversation by Hudson Institute with India’s Ambassador to the U.S. Taranjit Singh Sandhu (https://www.hudson.org/events/1832-video-event-ambassador-taranjit-singh-sandhu-on-the-u-s-india-partnership62020 ) which has made crystal clear why India is facing problems with China at Ladakh border in united-J&K. Surprisingly Taranjit gave more importance to economic matters (including knowledge industry) and gave merely a passing remark about strategic and military matters (crucial for the overall progress and even survival of the country) and that too in present time when India is facing the most humiliating situation at the borders at Ladakh where China has intruded and is not obliging India by restoring the status-quo-ante of April 2020.

Probably Taranjit didn’t want to displease the USA though it is a common knowledge that the USA instigated India to instill fear in the mind of China about security of CPEC (which was criticized openly by Ambassador Alice Wells https://www.state.gov/a-conversation-with-ambassador-alice-wells-on-the-china-pakistan-economic-corridor/ ) also by August 5, 2019 action of India about united - J&K and anti-China designs of Quad led by the USA which India joined as member which infuriated China (as opined by former NSA too as mentioned at https://www.thehindu.com/opinion/lead/making-sense-of-chinas-calculations/article31940534.ece ) and now the USA has backed-off leaving India alone and in deep trouble.

The US - administration was working against the vital interests of India was all along clear the way the USA was condoning all the anti-Muslim activities of India (notwithstanding some toothless noises by USCIRF) which was giving electoral benefits to Hindutva led BJP, the party of Modi -government. But India went too far and applied the same technique on China which boomeranged. Taranjit should know that the Indians expect that the Indian Embassy in the USA  will discharge its responsibility properly so that not only the present Indo-China border crisis is resolved in India’s favor but in future also India is not taken for granted by the USA, as explained below:-

(1)- Taranjit is wrong when he says that the present Indo-China problem is mainly due to reneging by China on June 6 agreement between military Commanders of India and China. Taranjit should know that this bloody incidence of June 15 would not have happened if India had made this June 6 agreement public (maybe because the Government wanted to hide that China has intruded on Indian territory and India is persuading China to restore status-quo-ante of April 2020, hence didn’t make it public). This irresponsible secrecy constrained India to send its team of about 100 at this site in the dark of the night for the purpose and reasons which the world is still to know.

(3)- Since June 25 the  Indian media is saying that China has acquired Indian territory in Depsong, Galwan and Pangong sectors of Ladakh including by helipad and tent at PP 14 where the bloody clash of June 15 took place (making martyrdom of 20 Indian soldiers and their Commander in vain, if not reversed). At the same time many military veterans, strategic experts, ruling dispensation spokespersons, diplomats etc are appearing in electronic media (TV channels and youtube channels) and saying that India will give a befitting reply if China attacks India. One fails to understand why will China attack when it has already captured strategically important Indian territory in Ladakh without armed fight ? Surprisingly no one on such debates enlightens us that how and when will India dislodge China from these Indian territories ?

(4)- It is hoped that Taranjit does not subscribe to the views expressed by many misguided in Indian establishment that there are mixed perceptions about the ‘line of actual control’ (LAC) hence Chinese are not on Indian territory. After all Indian military and border security forces are not fools who have been holding and patrolling the Indian territory and for which 20 Indian soldiers and their Commander offered martyrdom on June 15 at Galwan.

(5)- What a contrast ! Pakistan on the basis of nuclear power could stop India from retrieving Indian territory of PoK-Gilgit-Baltistan but India failed to do the same while China snatched said Indian territory. The prominent Indian media (print and electronic) is giving this information about intrusions by China and if this information is wrong then the government of India should not only deny this but should also take legal action against this media for giving wrong information about such sensitive and explosive matters. Otherwise Indians have every right to believe these reports of Indian media about capturing of Indian territory of strategically important locations in Ladakh by China

(6)- As far as shifting of the US Military, as declared on June 25 by  Secretary Mike Pompeo, from Europe to counter Chinese threat to India and Southeast Asia, this is an issue which India should handle in a meaningful and effective manner. Instead of seeking military help of US / NATO etc merely in the Indo-China war India should seek this help for independence of Tibet by first recognizing Tibet as independent country and then declaring that from now onwards India will help Tibet Government-in-Exile (with its office at Dharamshala, India) in every way including militarily, for getting independence of Tibet (which will result in no Indo-China border).

(7)- Initially India may lose the entire  J&K  (including Ladakh) to combined forces of China & Pakistan (where Chinese fighter aircraft has been placed at Skardu in united - J&K as reported at https://zeenews.india.com/india/chinese-fighter-aircraft-spotted-at-skardu-airbase-in-pok-amid-sino-india-border-row-2292648.html ) but ultimately India will win if fights for independence of Tibet (due to also the Chinese complicity in Corona - pandemic) which will become easier with the support of USA (and its allies) if India can get it in the real sense by INTELLIGENT DIPLOMACY. Because notwithstanding reports in some Indian media (based on Global Times of China) that China has declared that it is ready to fight two fronts war with India and the USA (at Indo-China border and in South China Sea / Western Pacific) the USA is not going to war (unless moved by India) with China any time soon especially as per the military needs of India.

(8)- Therefore Taranjit should persuade the USA to move the UN to take actions against China: -

(i)- For investigation into Coronavirus which, as per Trump – Administration and also government of India, was made in Wuhan / China and China didn’t do legally expected , as per international laws & norms, to stop this virus (pandemic) spreading from China to rest of the world and for asking China to adopt liberal transparent democracy by abolishing its authoritarian Communist political model which has become a threat to the survival of entire mankind as is proved during this pandemic of Coronavirus.

(ii)- For mobilizing (in case of highly likely resistance to said initiative of the rest of the world) the world community to deny China huge power in the UN (like Veto etc) even by transforming the UN, if necessary and then -

(iii)- For persuading the West and its allies for boycotting China economically & financially.

(v)- For mobilizing US Congress and others for passing legislation (H.R. 6948 introduced by Congressman Scott Perry , on May 19 ) to the US House of Representatives Committee on Foreign Affairs , to recognize the Tibet Autonomous Region of the People’s Republic of China as a separate, independent country.

(vi)-  For mobilizing the Pacific countries, Quad and other allies to bring strategic / military pressure on China.