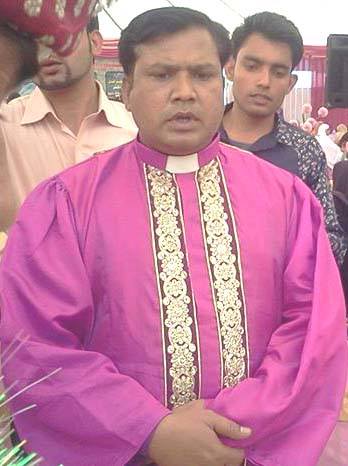 There was a great need for the precious spirit of patriotism after the existence of Pakistan. The history of Pakistan slowly but surely gave the impression of traitors due to the spirits of racialism during seven decades. Even there was a great need for educational development, support for each other; brotherly kindness on a human basis and constructive spirit of patriotism. It is paradoxical that racial spirits slowly but speedily grow up among citizens due to inferior and superior complexes.

People unintentionally showed their attitude of hatred to lower class citizens due to ignorance rather than to encourage each other what hatred they had faced in the Hindustan as a minority. But now Christian, Hindus, Sikhs and other sects had become minorities rather than national citizens. Minority is also a form of discrimination*. Even Christian voted for Pakistan. Christian faced extreme hatred more than five decades, bias Muslim did not allow Christian to drink water on the public water coolers; even discrimination was on an extreme in the schools, colleges for Christian students even on the public restaurants and hotels.

Ignorance was on a higher level to lower, even in the parliamentarian. Ignorance is a spirit of traitors for Pakistan’ development. There is an academic poem in an English literature named patriot into a traitor. This poem gives a moral lesson about those patriotic Christian leaders who sacrificed and voted for Pakistan later on they had been called traitors.

Bias Muslim started to say patriotic Christian as spy. The majority of sensitive Christian in early Pakistan were being forced to think for leaving Pakistan to have a peaceful life. Later this process gradually started to fly from Pakistan to moderate countries of Europe, USA and UK. Only those sensitive Christian moved from Pakistan who could afford tickets and visas for the resettlement in other countries. Majority of poor Christian communities could not afford tickets and visas to move from Pakistan. But a strong faith patriotic Christian still had been trying to educate the citizens of Pakistan with passion, patience, tolerance, cooperation and the peace of Messiah Jesus Christ. Righteous lives had been always on the Cross due to other ignorance. Spirit filled Christian still positively hope for good and change in Pakistan with prayers.

National spirit of patriotism unites and takes care of all citizens among multicultural and multi religions in the country. The spirit of racialism created a division and discrimination among all faiths in the country. Division and discrimination created a spirit of dictatorship and terror rather than harmony and peace. Misuse of authority above Law created the spirit of unrest, disharmony and unlawfulness in the long run worldwide.

There was no tolerance among nations of Pakistan having a polite mentality but extremism was used to violate human values and Law. National spirit of Patriotism is above all personal religious points of views, matters and benefits. Religion is a personal matter of each human being, State is a nationwide matter to spread peace and harmony among all.

There was a tragedy about leadership in Pakistan that most of them were not doing their job dutifully according to professional degrees and specialty. People had been forcibly appropriated against their wills and specialty. Selfish leadership had kept most of the staff according to their own desires and purposes. Thus they were ruling socially and economically with corruption from lower to higher level by making a corrupt system nationwide; stealing national treasures and polluting new generations according to their desires for materialism. Then moral and social corruption started to grow up nationwide by misusing faith based people with a spirit of racialism.  In fact, it was very harmful for the national spirit of patriotism. Racialism is like cold war in the entire country.

I sorrowfully shared these facts about what had been happening during the last seven decades on the basis of case studies, think tanks, scholars, Bishops, Pastors and politicians. Christians just wanted to have human rights and human values nothing more.  If we were hearing news through the media news channels about bombs, burning of churches & burning of mosques, social injustice, alive burning in Pakistan.

Terroristic racial spirits tried to prevail all citizens' consciousness into insecurity and grief in the entire country. As long terroristic racial spirits had been trying to prevail all over Pakistani’ consciousness but in another way a wrong image of Pakistani was created in the whole world’ eyes as terrorists through news channels. Pakistani are not regarded as good citizens in other countries but as terrorists.

It was as if there was no Government but it seemed that some extremists were terrorizing all faith’ citizens. They created extreme spirit of terrorism everywhere, where humanity felt shame. There was no issue of minority or majority but all came under the same feeling of insecurity, injustice and corruption. If the commissions had been made but it had been dissolved later. Why was it so? Because people did not come on the seats with merit but on the boat of money. They created and supported their groups of tugs people came on the post with barbaric money, then they raised money through illegal things, fake products and illegal activities in the country that were harmful for the mankind’ health of Pakistan. Cause they already had paid for those posts to carry on illegal things and corruption. This money started from lower level to higher level ministers. This system showed all of us that money rules for the money maker’ corruption. There were no human values and national spirits. Main steam line of the Governmental forum and departments were on the same requirement.  Corruption had changed social attitudes into social injustice. Money had been in the corrupt red hands; the rich became richer but the country became poorer to ask IMF loans for the progressive work.

In the context of these dishonesties; there are so many Muslim countries in world even Kingdom, where Christian, Buddhists, Hindus, Sikhs and Muslims are living together peacefully somehow. Pakistani Muslim wanted to live there rather than Pakistan. It is a tragedy in Pakistan that racial minded leaders firstly removed patriotic Christian leaders from key posts because Christian never swear for wrong things; secondly racial minded leaders to term Christian as infidel and thirdly they were blackmailing innocent citizens' emotion on basis of religions rather than to develop confidence of patriotic spirit for the country. They were increasing their bank balance by looting Pakistani citizens' treasures and shifted money in other countries to enjoy luxuries in other countries.

Even though emotional blackmailing was being carried out on a speaker to stimulate innocent uneducated people by discriminating fellow mankind on the name of faith.  Many countries got freedom after the existence of Pakistan but those countries are more happiest than the citizens of Pakistan. In the seven decades, Pakistan still could not solve the basic problem of electricity and gas for national citizens that is a backbone of the industrial field and the lives of Pakistani.

If innocent children of Pakistan military’ school was attacked, Mosques or Churches and Temples were attacked, then Muslim organization “Taliban” or any other proclaiming religious organization confessed and took responsibility for burning and bomb blast. Even though Holy Quran explains that Islam is a religion of peace. Then why these professing Muslim organization took responsibility of blast or attack? It is an ironic that they wanted to prevail terror on fellow Muslim and fellow mankind’ thoughts.  What is the story behind these groups that are destroying human values, human rights and the development of Pakistan?

16 December 2014: Taliban attack on school in Peshawar leaves at least 141 people dead, 132 of them children, 22 September 2013: Militants linked to the Taliban kill at least 80 people at a church in Peshawar, in one of the worst attacks on Christians, 10 January 2013: Militant bombers target the Hazara Shia Muslim minority in the city of Quetta, killing 120 at a snooker hall and on a street,  28 May 2010: Gunmen attack two mosques of the minority Ahmadi Islamic sect in Lahore, killing more than 80 people.

A Taliban spokesman told BBC Urdu that the school, which is run by the army, had been targeted in response to military operations. UN Secretary General Ban Ki-moon said dated 16 December 2014 it was "an act of horror and rank cowardice".