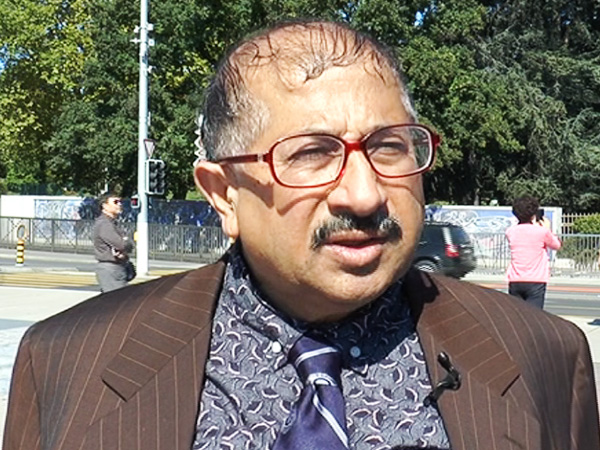 Two prominent Baloch feminists rebuked top Bollywood actress Kangana Ranaut over her tweet about an independent Balochistan, perhaps showing the Baloch have lost trust in Indian support to their cause.

“I will definitely visit Balochistan when it becomes an independent nation, right now oppression and suffering of Baloch people is too traumatic to visit.... Inshaallah soon ...” Ranaut tweeted.

The Indian screen idol tweeted this in response to trolling by a Punjabi woman journalist close to the military establishment, Javeria Siddique, who taunted her to visit Balochistan after the Covid-19 crisis in India is over. The taunt followed Ranaut’s gripe over Pakistan continued meddling in Kashmir affairs even tough it lost Bangladesh and was now losing Balochistan.

Surprisingly, two Baloch women, one educated in the U.K. and the other in the U.S. did not appreciate Ranaut’s tweet. Getting Western education is still a novelty in Balochistan, where 78 percent of girls remain out of school— the highest in the world.

“Bibi hume baksh de please,” (Ma’am leave us alone, please) tweeted Islamabad-based feminist Banari Mengal, who has a degree in law from University of East Anglia in Norwich and also has Masters in Science in Asian politics from the School of Oriental and African Studies in London, United Kingdom.

Mengal is daughter of former chief minister Sardar Akhtar Mengal and grand daughter of veteran Baloch nationalist leader Sardar Ataullah Mengal. Her uncle Asadullah Mengal was one of the first victims of enforced disappearances by Pakistan’s security services in Balochistan, way back in February 1976.

Ms Baloch, whose Twitter bio says she works as a research assistant at the World Bank and studies applied economics at the University of Maryland, had come to the U.S. as a Fulbright Scholar in 2018. She previously studied at the Lahore University of Management Sciences.

Though Ms Mengal is invisible on the Internet due to conservative tribal customs, Ms Baloch has a fairly strong presence in the form of pictures and videos.

Banari Mengal’s tweet to Ranaut was retweeted by her uncle Noordin Mengal, who until recently was associated with the World Baloch Organization (WBO).

New Delhi took no concrete action after Prime Minister Narendra Modi had raised hopes of the people of Balochistan that India would come to their help nearly five years ago.

Modi had expressed solidarity with Balochistan, the first ever Indian premier to do so, in his address to the nation on India’s Independence Day August 15, 2016 from the ramparts of the historic Red Fort in New Delhi.Modi’s inability to walk the talk dismayed millions as Balochistan is home to Hinglaj Mata Mandir, one of the holiest sites in Hindu religion.

Balochistan is still bleeding in a silent, dirty war that was started by the Pakistan army in 2005 under the orders of the military dictator, Gen Pervez Musharraf.

At least 35,000 people have been killed and the fate of more than 5,000 victims of enforced disappearances remains unknown to this day.

(Ahmar Mustikhan is a senior Baloch journalist based in the Washington DC area. Twitter @mustikhan)