Is Kurdistan the new flashpoint? By Manish Rai 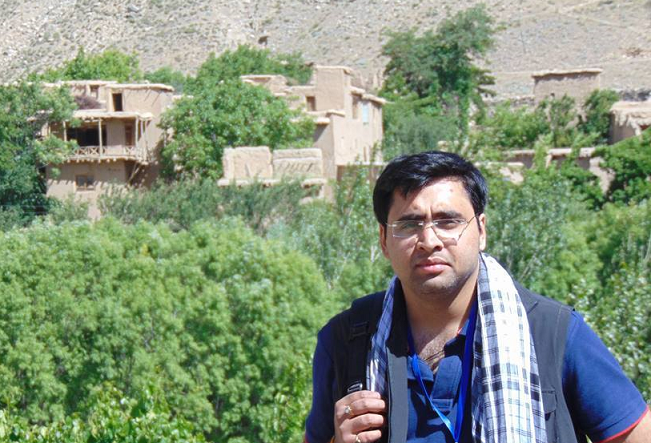 Kurdistan is back in the news. Military clashes broke out at the beginning of June 2021 between the Kurdistan Development Party (KDP) — the region’s biggest political party — and the outlawed Kurdistan Workers’ Party (PKK).

This has sparked debate as to whether these two Kurdish giants are heading towards fully-fledged confrontation.

The Kurdistan Regional Government (KRG) confirmed that five Peshmerga (Kurdish fighters) were ambushed and killed by PKK guerrillas, while another four were injured. The PKK, for its part, said that it did not want the Peshmerga to enter the area of its confrontation with theTurkish military. Moreover, it claimed that this was the only reason for the skirmish which took place in the small town of Amedi in the Duhok province of Kurdistan.

Both the KDP and PKK are flag bearers of the Kurdish cause in their respective territories. The PKK is a Kurdish separatist organisation that was founded in Turkey by Abdullah Ocalan in 1974. Initially, it took inspiration from communist ideology, and remains motivated by Pan-Kurdish ideals while aiming to untie the Kurds from different countries. The Peshmerga is the regular force of the KRG and the KDP is the senior government partner. The KDP and the PKK are distinct political set-ups, though they do sometimes work together such as in the war against Daesh (ISIS). Technically, the PKK is a party with its own militia whereas the Peshmerga is the official armed forces of Iraqi Kurdistan. Now let’s have a look at the factors which are responsible for clashes between these two groups.

KRG and economic relations with Turkey: The KRG has strong ties with Ankara in the fields of oil and other businesses. Economic dependency on Turkey is essential for the KRG’s survival; particularly, as it exports most of its oil (about 450,000 barrels per day) and gas through pipelines that pass through Turkey to the Mediterranean. Baghdad’s objections to the KRG’s unilateral energy exports only in increases dependency on Turkish cooperation. This explains why the KDP — the KRG’s main political partner — is often pressurised by Ankara to take firm action against what it sees as the PKK’s anti-Turkish activity in Kurdistan.

Pan-Kurdish agenda: While former Iraqi president Saddam Hussein had severely repressed the Kurds, the US offered them some protection by way of a declared no-fly zone in the north of Iraq. Thus, the Iraqi Kurds were able to consolidate their autonomy in the north of the country and, in 2017, went as far as organising a referendum to proclaim their independence; with more than 92 percent of voters supporting the move. Nevertheless, the KRG refrained from following through due to the international climate at the time. The Kurdish cause in Iraq is therefore ahead of similar movements in other countries. The KRG is not pursuing a pan-Kurdish agenda. Unlike the PKK, which envisages a Kurdish homeland straddling Syria, Turkey, Iraq, and Iran. This oftentimes puts it at odds with Iraq’s autonomous Kurdish government.

Border control: The PKK has created or revived border-crossing corridors along the Syrian-Iraqi frontier, which are regularly used by affiliated militants. This diluting of borders is similar to the tactics used by the Islamic State. On the Iraqi side, the KDP has managed to maintain its hold over several segments of the border, despite its retreat from Sinjar following the failed 2017 independence referendum. The KRG autonomous administration aims to transform its territorial authority into sustainable reality; mainly by formalising power and securing internal and international recognition towards this end. This can be best achieved by taking total control of international borders falling within Kurdistan. Elsewhere, the PKK and affiliated groups seek broad territorial reengineering that trespasses borders in favour of transnational pan-Kurdish solidarity. One that also defies the traditional authorities on which the KDP relies for its patronage networks and practical governance.

Increasing casualties from Turkish strikes: The PKK maintains camps in northern Iraq and the Kurdistan mountainous areas where training is provided in ideology, weaponry, and guerrilla warfare. Also, The Turkish military has maintained its own bases in northern Iraq since the mid-1990s, thanks to security agreements originally reached with Saddam Hussein’s Ba’ath party. The Turks want to curb the PKK’s ability to move between its camps in Iraqi Kurdistan, which are spread along the Qandil Mountains, where it is headquartered, to the Syrian frontier to the west. Ankara regularly conducts artillery bombardment, drone attacks, and airstrikes into Kurdistan, targeting PKK hideouts. But civilians also get caught in the crosshairs and locals are mounting pressure on the Kurdish authorities to curtail PKK activities. Also, the KDP accuses the PKK of trying to turn Kurdistan into a battlefield to settle scores with Turkey. Hence, the former wants the PKK to take its fight to with Ankara to its own land.

The Iraqi Kurdistan region is viewed as an island of peace, prosperity, and tranquillity since it’s the most stable and secured area in the whole country. No one should be allowed to destabilise it and the Kurdish parties ought to prioritise resolving differences through dialogue and talks rather than by force. Otherwise, if these growing tensions are not checked in time — we may well witness a fully-fledged civil war like the one in the mid-1990s that took place between the Patriotic Union of Kurdistan (PUK) and the Kurdistan Democratic Party (KDP). And no one wants that.

(Manish Rai is a columnist for Middle-East and Af-Pak region and Editor of the geo-political news agency ViewsAround can be reached at manishraiva@gmail.com)