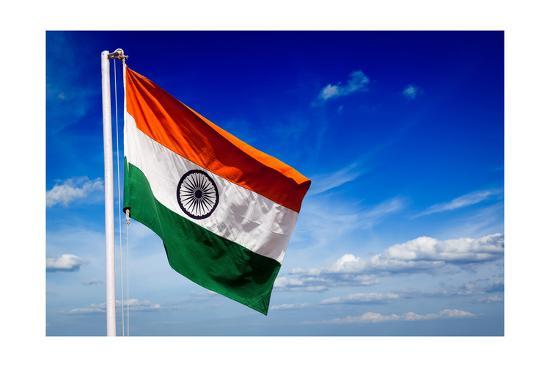 The farmer’s leader Gurnam Sigh Chaduni (of Bhartiya Kisan Union) https://www.youtube.com/watch?v=RC5_stPUd1Y has given an statement that - “[ Farmers instead of following merely ‘mission Uttar Pradesh’( where they are trying to defeat BJP by asking voters to vote for any other party) they should try ‘mission Punjab’ for coming to power in 2022 Vidhan Sabha elections by contesting elections through  their own political party so that a model for pro-farmers governance can be established in Punjab which can be emulated in other States of India]”.  It has elicited sharp and discordant reaction from other leaders of ‘Samyukta Kisan Morcha’ (SKM) as is evident from their statements as given at https://www.tribuneindia.com/news/haryana/charuni-suggests-mission-punjab-again-snubbed-by-state-leaders-281291  and https://www.youtube.com/watch?v=v436FFBdiSI

Chaduni is right when he says that political parties with merely 35 % votes are coming to power then why farmers with 65 % votes should not come to power for making pro-farmers laws and policies and for implementing them. But Chaduni is unnecessarily confining this mission to merely Punjab rather he should launch a national political party may be with name (say) ‘Rashtriya Kisan Party’ (RKP) registered at ‘Election Commission of India’ for contesting elections because then & then only his party (national) will win elections even in Punjab. Through such RKP only the farmers can get relief (as Chaduni has rightly said that every party has been tried and none pursued pro-farmer’s policies) hence it should be launched as mentioned below:-

(1)- Presently the farmers who are carrying out Dharna (sit-in) at Delhi border since November 26, 2020 are mainly from Punjab, Haryana and Western U.P, Chaduni recommended only mission Punjab because there is no election in 2022 in Haryana and in U.P though there is election in 2022 but farmers mainly from western U.P. are on Dharna at Delhi border hence Chaduni is not sure whether  farmers of rest of the U.P. will support his party or not in entire U.P. in elections.

(2)- This is a wrong calculation on the part of Chaduni. Two third of India is fully or partly dependent on farm income and farmers were committing suicide in hundreds of thousand due to non-remunerative prices of farm produce hence presently they are agitating for mainly the ‘Legally Enforceable Minimum Support Price’ (LEMSP) of presently 23 items (which farmers are demanding to increase to about 40 items including for fruits, vegetable, dairy products etc) but visible farmer’s agitation by way of Dharna is only at Delhi border. If RKP carries out Dharna at the Tehsil / Taluka headquarters all across India (may be in few hundreds in number at such Dharna sites) then RKP can easily win elections all over India in all the coming elections whether Vidhan Sabha, or Local Bodies or Lok Sabha. For the simple reason that other sections of society will also support such a winnable party (as RKP) with nationwide visible support of Dharna giving farmers.

(3)- Hence Chaduni should launch RKP with its website on which (in addition to periodic organizational elections) the following objectives / policies (to start with and which can be expanded gradually) should be mentioned :-

(i)- Huge State-capital will be required by Government of India (GoI) to build infrastructure (like outlets, mandis, godowns, cold storages, transport facilities etc) for procuring most of these 40 MSP items because despite laws for MSP the private players will not purchase these items at MSP (as despite ‘Minimum Wages Act’ the private contractors pay less than minimum wage and get signatures on minimum wage of the poor laborers). Same will be the fate of poor farmers also (because average land holding in India is merely less than 2 Hectares)

(ii)- This huge state-capital can easily come if GoI recovers the huge State-capital (Income tax) of Rs about 1,000 Lakh Crore (Trillion) from about one million fake farmers. as mentioned at https://english.newsnationtv.com/article/121125-news-nation-disclosure-on-blackmoney-kharabpati-farmers-take-agriculture-route-t.html  and https://timesofindia.indiatimes.com/business/india-business/Prominent-people-hiding-taxable-income-Jaitley/articleshow/51408323.cms. Hence RKP shall work for immediate recovery of  this huge amount of Rs 1,000 Lakh crore of Income tax.

(iii)- Small land holding has also denied the benefit of labor laws to farm laborers, poorest of the poor. Hence the RKP shall work for  for larger land holding (where corporations will not be allowed to own agriculture land) which will facilitate labor laws in farm-sector too.

(4)- RKP shall work for ensuring that the GOI deploys  this huge State-capital of Rs about 1,000 Trillion :-

(i)- To solve the problem of livelihood of the overwhelming majority of India through LEMSP and the said ‘Comprehensive Public Distribution System’ (CPDS).

(ii)- For financing ‘Modified Employees State Insurance’ (MESI, having adequate network of dispensaries, hospitals etc all across India) in which contributions will be given by all employees (in organized & unorganized sectors of entire India who are not covered by any other medical insurance) and their employers and government and will be managed by the representatives of employees, employers and government. How much this MESI is the need of the hour has been highlighted sufficiently during the Corona pandemic, especially during its second wave.

(iii)- For constructing residential and commercial buildings (in such residential areas) all over India which will be given on rent to be decided by ‘Statutory Rent Commission’. This will not only solve the problem of housing due to increased mobility in the growing service economy but will also go a long way in urgently solving the problem of unemployment in India.

(5)-  If justice is not delivered at moderate cost & promptly by Courts then rule-of-law has no meaning. Hence RKP shall work for:-

(ii)- Along with full-fledged legal library, the government lodging and boarding facilities at nominal charge should be provided at all the seats of appellate Courts (under supervision of Bar Council of States and of India) for advocates coming from lower Courts so that cases in appellate Courts can be contested at much lesser cost.

(6)- All the economically developed countries (USA, China, Russia, UK, Germany, France, Japan, etc) work in their native languages. Hindi and its variants (Punjabi, Gujrati, Marathi, Bengali etc) are spoken / understood by two thirds of India. Even Urdu (being already used in Pakistan and now even Afghanistan is trying to use it) uses the syntax of Hindi. Hence unless India works in its native language Hindi in Devanagari script as its working language it can’t progress hence the RKP shall work for making Hindi the working language (which will ultimately create the biggest market in the world of people with one language). The South Indian States (which also use Sanskrit in Devanagari script in their main religion, Hinduism) can be left free to decide which language they want to work with. Only one district in any Hindi speaking State should be kept where Hindi will be used within a year or two in all the fields (including science-technology, allopathic medicine etc) and then rest of that State and rest of India (except maybe South) can start working in Hindi within a period of 4-5 years and even less.

(7)- For strengthening democracy the RKP shall work for  election by voting in person and hand counting of votes without machines. It is a matter of common knowledge that elected representatives are likely to work for those who finance their elections. Hence elected representatives will work for the party only when the party will finance their elections hence the RKP will finance the elections of its candidates. The RKP will also work for the amendment in laws about funding of political parties including transparent funding. Moreover, the RKP shall work to ensure that  corporations are not allowed by law to give contributions to political parties. The legal persons (corporations / limited companies etc) are invoked only when natural persons are not available and when natural parsons (the shareholders of the corporations who are the real owners of the corporations) are there to contribute out of their dividends or otherwise then there is no legitimate reason why corporations should be allowed to give funds to political parties and to their candidates (unless India wants dominance of vulgar money power in its political process).

Therefore it is hoped that Chaduni will launch a national political party so that not only the problems of farmers are solved but by pursuing the above mentioned policies India can be converted from developing to developed country without any further delay.