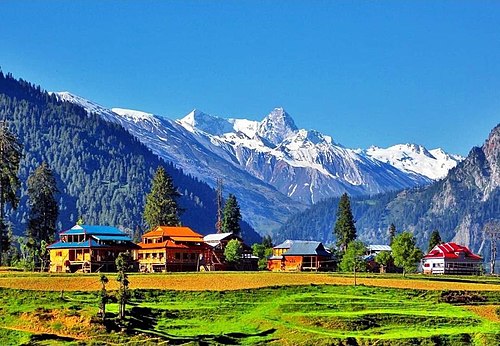 “We maintain our stance in favour of solving the ongoing problem in Kashmir for 74 years, through dialogue between the parties and within the framework of relevant United Nations resolutions.” Honorable Recep Tayyib Erdogan, at the UN General Assembly on September 21, 2021.

The Kashmir dispute is one of the oldest unresolved international problems in the world which is still pending on the agenda of the UN Security Council since 1948.

While the international community has been engaged all along and believes that Kashmir is an internationally disputed territory, and has voiced through numerous UN resolutions that its people should be given the right to determine their own future, India is now engaging in an effort to make the matter solely a domestic issue which no one, not even the Kashmiris themselves, may have a voice in. This effort at the Indianization of Kashmir, more so after abrogation of Article 370 & 35 A, is seen where the central politics and administrative control are dominated by New Delhi with all the decisions being favorable to New Delhi. The limited autonomy that Kashmir has enjoyed was completely subverted on August 5, 2019.

Today, Kashmir conflict is perhaps the most dangerous conflict in the world because of the spiraling nuclear and missile race between India and Pakistan coupled with historical enmities that have occasioned three wars between the two rivals.  It is implausible to believe that these two neighboring countries will either cap or renounce their respective nuclear genies after they have escaped the South Asian bottle unless the chief source of antagonism between the two -- Kashmir -- is resolved.

It is symptomatic of the approach of the world powers that greater emphasis is placed on the “reduction of tensions” than on the settlement of the core issue, i.e., Kashmir. This encourages giving importance to superficial moves and temporary solutions even though it is known that such moves and solutions do not soften the animosities of the parties nor allay the life-and-death concerns and anxieties of the people most directly affected.

An indication of this misplaced focus is the wrong-headed talk about the “sanctity” of the line of control in Kashmir.  It is forgotten that this line was originally formalized by the international agreements as a temporary cease-fire line pending the demilitarization of the State and the holding of a plebiscite under impartial control to determine its future. As long as this line will remain clamped down on the state, it will continue to impose a heavy toll of death on the people of the land. They have had no hand in creating it. It has cut through their homes, separated families and, what is worse, served as a protecting wall for massive violations of human rights. They are not resigned to it becoming some kind of a border.

Kashmiris wish to emphasize that their land is not real estate which can be parceled out between two disputants, but the home of a nation with a history far more compact and coherent than India's and far longer than Pakistan's.

To treat this line overtly or otherwise as a basis for the partition of the State is to reward obduracy, countenance iniquity, encourage tyranny and oppression and destroy the hopes for peace in accordance with justice and rationality in Kashmir. To regard this line as a solution is to regard disease as remedy. Any kind of agreement procured to that end, under any foreign influence, will not only not endure; it will invite resentment and revolt against whichever leadership in Kashmir will sponsor or subscribe to it.

Sir Benegal Rama Rau, Indian delegate to the United Nations admitted at the Security Council on March 1, 1951, “The people of Kashmir are not mere chattels to be disposed of according to a rigid formula; their future must be decided on their own interest and in accordance with their own desires.”

Dr. Syed Nazir Gilani has stated it well on October 14, 2021, “The United Nations (India and Pakistan as member nations and as parties) have recognised ‘the rights and dignity, the security and the self-determination of the historic people of Jammu & Kashmir.’ Dr. Gilani reminded India when she explained “the human aspect of the problem” at the 533rd Meeting of Security Council held on 01 March 1951. It has stated that, “The people of Kashmir are not mere chattels to be disposed of according to a rigid formula; their future must be decided in their own interests and in accordance with their own desires.”

Meanwhile the U.S., the sole superpower in the world which must bear the responsibility for setting the moral tone through disciplined and rightful leadership, sits back and does nothing.  Such a behavior poorly disguises the financial incentives that have opened India up to USD $500 billion in American investment during the coming five years.

The U.S. was once considered a shining example to the rest of the world of what democracy can mean, and yet, now, too, we see a complete breakdown of this grand vision at its very source that awakened generations of people to hope for real change.  What is the significance of an alliance between the great democracy (US) and so-called largest democracy in the world (India) when universal principles, democratic values and human rights are completely ignored?

Kamala Harris spoke her mind about Kashmir as a Vice Presidential candidate on October 8. 2019, “We have to remind the Kashmiris that they are not alone in the world. We are keeping a track on the situation. There is a need to intervene if the situation demands.” Since then, she has wavered.  She has quit talking about Kashmir, believing perhaps that U.S. business ties with India have greater priority than ruffling any feathers. But Biden Administration still has an opportunity to walk and talk straight to India and Pakistan to help set a stage for the peaceful settlement of the Kashmir dispute. The priorities of world peace are much greater than selling a few more missiles to a country which threatens the international peace and security.

We still believe that the Kashmir dispute is soluble if an international body intervenes as suggested by Kamala Harris. India and Pakistan must resolve the dispute, while associating the genuine Kashmiri leadership with the negotiations which was originally promised by them at the United Nations.  However, much India would like Kashmir dispute to be off the table in any discussions, it is on the table and will always be brought to bear upon the consciousness and conscience of the Indian leadership until the matter is settled.

India and Pakistan should realize that they can impose any solution upon the people of Kashmir; the Kashmiri mainstream leadership can sign any accord with India; but the question arises, are they going to be able to sell these agreements to the people as was attempted by Sheikh Abdullah in 1050’s? The answer is big “NO.”

It is time, India, to show her humanity and put some strength in those democratic principles which she alleges to idealize.  It is time, world powers, to back up their words with deeds instead of just lip service and to truly lead in championing those values that have brought progress to the world community instead of selling them all for corporate profits.

Perhaps it’s time the major powers take this seriously.  The answer is plain as day for anyone.  The clock is ticking.  Every day that passes without resolution of Kashmir dispute is one day closer to a cataclysm that will reach far beyond the borders of all countries involved.