A Pakistan’s State Apology To Bangladesh Could Normalize The Bilateral Relations. By MD Phatik Hasan 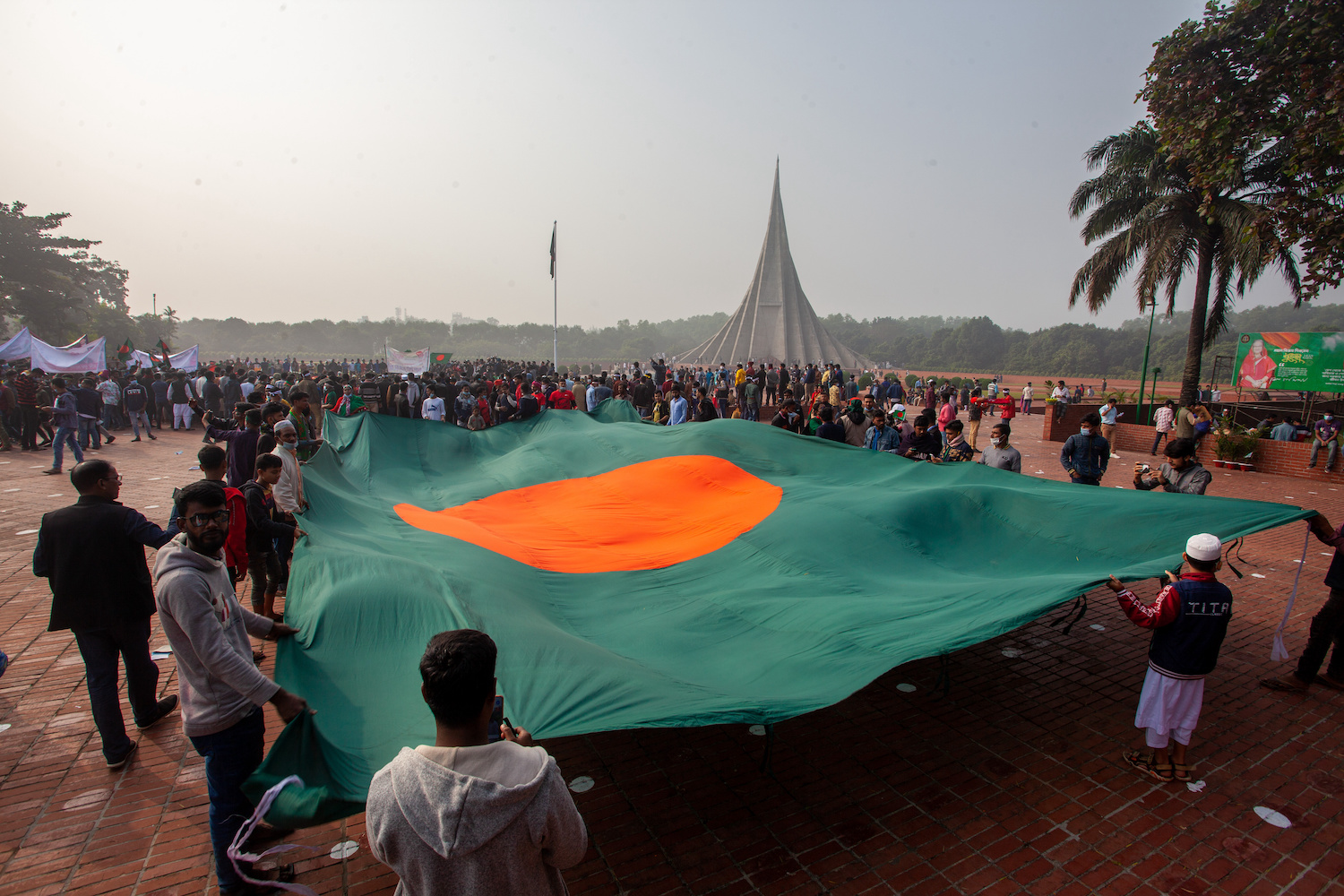 After a long and bloody struggle of nine months, East Pakistan emerged on the world map as a completely independent state called Independent Bangladesh. Since then, in long 50 years, Bangladesh's position and acceptance increased to every country in the world.

Everyone around the world is praising the sustainable development of Bangladesh. Bangladesh is being recognized as a rising star in South Asia. Bangladesh is improving so much today, said an economist in Pakistan. Abid Hassan said in an article in The News International, a Pakistani newspaper, that Pakistan may seek financial assistance from Bangladesh by 2030. The former World Bank economist has just predicted the future. If Bangladesh can pay 250 million US dollars to Sri Lanka, waive the IMF's Bangladeshi share of money from Somalia and Sudan, help Indonesia with Covid-19 medical equipment, shelter a large number of Rohingya refugees from Myanmar, it can also help Pakistan financially. Bangladesh is a humanitarian state in South Asia.

Its foreign policy is friendship to all, enmity with none. Pakistan, which ruled Bangladesh for 24 years, today lags far behind in socio-economic fields. In an interview, a Pakistani journalist (Zaigum Khan) asked Prime Minister Imran Khan to make Pakistan like Bangladesh. The Canada-based International Forum for Rights and Security, a think tank, recently published a report on Bangladesh and Pakistan. It has been shown there that Bangladesh is ahead in all areas of the index. Many Indian economists have called on all countries to follow the Bangladesh model in the development of South Asia. Former Pakistani ambassador to the United States Hossain Haqqani said that Pakistan carried out the misdeed in Bangladesh in 1971.

But there is no indication of Pakistani government seeking apology for the misdeed. He made the remarks at a webinar organized by the Bangladesh Embassy in Brussels in late March 2021.

Even in this corona, leaders from all over South Asia came to Bangladesh in March on the occasion of the birth centenary of Father of the Nation and the golden jubilee of Bangladesh's independence. But no Pakistani leader came. Pakistan has just officially sent a congratulatory message. Pakistan's highest sincerity was needed here.

On December 16, Bangladesh will celebrate the golden jubilee of her victory day. I think this is a golden opportunity for Pakistan. Pakistan's Prime Minister Imran Khan can visit Bangladesh on December 16 to mark the Victory Day and formally apologize to Bangladesh. Imran Khan should seek apology.  Pakistan’s leadership should give up their egoistic mindset. They have to remember that Pakistan committed misdeed in Bangladesh at that time. They did misdeed. So, it is their responsibility to apologize to Bangladesh. I firmly believe that Bangladesh will take it in a positive way because Bangladesh knows how to forgive. To some extent, A Pakistan apology could heal Bangladesh's war wounds.

Despite Pakistan's steadfast stance, many progressives in the country feel that Pakistan should apologize for the misdeed carried out. Hamid Mir is one of the journalists who campaigned for Pakistan's apology. During a visit to Bangladesh in 2011, he said in an exchange of views in the office that he would continue to work for his cause. He also said that he was collecting signatures of members of national and provincial councils. Before arriving in Dhaka, Hamid Mir interviewed former cricketer and Pakistan Tehreek-e-Insaf party chief Imran Khan on March 23, 2011. In the interview given to Geo News and Geo Super TV, Hamid Mir drew Imran Khan's attention and said, "Didn't you see that the Bangladeshi spectators supported Pakistan in the match between West Indies and Pakistan on March 23 at Mirpur Stadium in Dhaka." Don't you think the time has come for the government of Pakistan to apologize unconditionally to Bangladesh for the genocide of 1971? Imran Khan agrees with the host. The citizens of Bangladesh, Expatriate Bangladeshis in Europe have been protesting against Pakistan since 1971. They have been urging Pakistan to seek an apology to Bangladesh. The demand is an apology from Islamabad for the actions of Pakistan during the liberation period.

Yet it is not good for the government to ignore Pakistan's public opinion. Pakistan should realize this now. The time has come to formally apologize to Bangladesh. Because the cries of losers during the war period are still heard.

Seeking forgiveness to someone after doing wrong does not mean being small, but expressing oneself as a symbol of greatness and humility. If France and Germany can apologize to Rwanda after all this time, why can't Pakistan apologize to Bangladesh?

If Europe's two biggest former colonial powers - France and Germany - can do it, then no one else should have a problem doing it. Pakistan should realize this. Since Bangladesh won on 16 December 1971, it was on 16 December that Pakistan could formally apologize to Bangladesh. Still, Bangladesh will get some consolation. This should be realized by the government of Pakistan. Because they need Bangladesh's help and support in reviving their fragile economy and in various international issues. The sooner the Pakistani government realizes this, the better for them. If Pakistan wants to take steps to improve relations with Bangladesh, it must apologize for the 1971. Only then is it possible to advance diplomatic and economic relations between the two countries. So, it would be better for Pakistan if Pakistan should seek state apology to Bangladesh as soon as possible. A Pakistan’s State Apology for Bangladesh could

normalize the bi-lateral relations between Pakistan and Bangladesh.