Myanmar And Bangladesh Can Benefit From Strengthening Trade And Connectivity. By Phatik Hasan 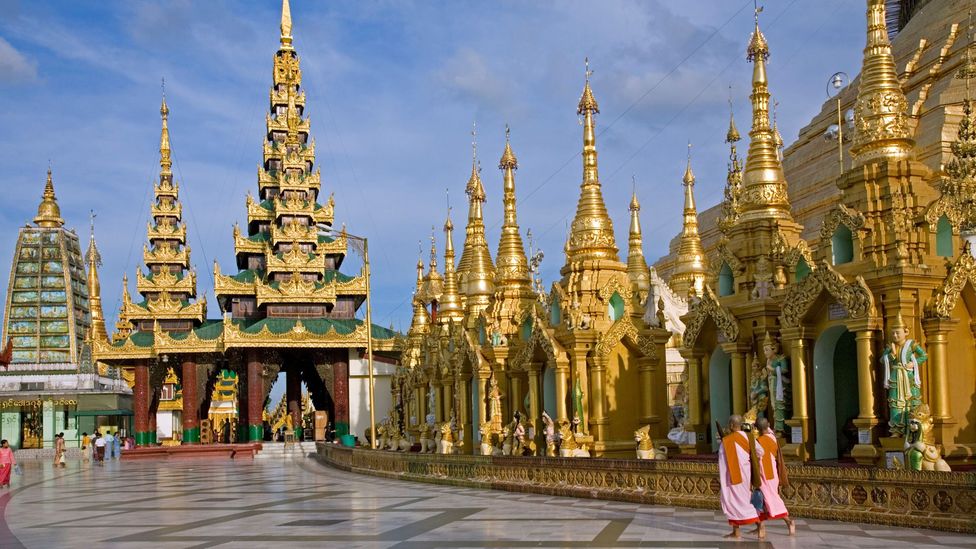 Myanmar is one of the closest neighbors of Bangladesh. Which is also known as Burma. Before the Second World War, many people from Bangladesh used to travel to Burma in search of livelihood. Since then, the people of this country have developed an economic and social relationship with Burma. Apart from India, Bangladesh shares a border with Myanmar. The 271 km long Bangladesh-Myanmar border is very important for Bangladesh due to geographical reasons. Bangladesh can use Myanmar by land for communication in Southeast Asian countries including China. Road connectivity is possible through Myanmar. Maybe a new horizon of relationships and possibilities unfolds.

Myanmar can also use Bangladesh to reach South Asia specially Nepal, Bhutan, Mainland India. Bangladesh and Myanmar both share a common regional platform like ‘BIMSTEC’. On the other hand, Bangladesh is considered as a ‘Hub ‘between South Asia and South East Asia. It is true that Bangladesh is a South East Asian country geographically but South Asian country culturally, demographically and historically. This is an outstanding geo-strategic characteristic of Bangladesh. Therefore, without the involvement of Bangladesh, any connectivity amongst the states of ASEAN and SAARC is absolutely impossible.

Myanmar is a country rich in natural resources. There are huge amounts of natural resources like tin, zinc, copper, tungsten, coal, marble, limestone, natural gas, hydropower etc. The major resource of this country is mineral resources. Myanmar can be a major source of energy for Bangladesh to ensure its energy security. Food and grains are produced in large quantities in Myanmar. Myanmar can also be a big helper of Bangladesh in the field of food security.

Myanmar has a huge potential of rice cultivation. But lands of Myanmar are unutilized for decades due to lack of human resource. Myanmar needs labors. Rice production in Myanmar accounts for approximately 43% of total agricultural production in the country, making it the seventh largest producer of rice in the world. Out of 67.6 million hectares of land, 12.8 million are used for cultivation. In 2019 alone, Myanmar accounted for 13,300 million metric tons of milled rice production. Rice production in Myanmar is heavily dependent on human and animal power, both traditional methods of cultivation. Myanmar has lack of Manpower and technology in this regard. But Bangladesh has these two things. Bangladesh has surplus human resource. Myanmar can utilize the human resource of Bangladesh for the maximum gain.

But Bangladesh has never been able to take full advantage of this opportunity. This country of 135 tribes and different ethnic groups has been under military rule for many years. That may be one of the reasons why the relationship is not deep. If Bangladesh had good relations with Myanmar, its dependence on India could be reduced in many cases. If contacts were made in Southeast Asia and China through Myanmar, there would be immense potential for investment and trade.

Bangladesh and Myanmar are both on the way to be developed countries. Bangladesh is going to be a South Asian Economic Miracle. Bangladesh can play a significant role in Myanmar to some extent whole South East Asia. For this, Myanmar should increase its diplomatic relations with Bangladesh for the better mutual interest for whole South Asia and South East Asia. EU, China, India, Russia and North Korea are becoming allies in Myanmar's oil, gas, mineral resources and military markets. Taking advantage of the US negligence, Myanmar's military junta extended a helping hand to China to invest. So, China is now the biggest investor in this country. According to Earth-Rights International, a private group, more than 26 Chinese companies are investing in Myanmar's oil, gas, mineral resources and allied sectors. China has already become its biggest ally in building and supplying arms to Myanmar. Myanmar has developed relations not only with China but also with India. India and China are building trade relations with Myanmar. The United States is also changing its approach to the Myanmar question. That is why America, a strong economic country, has started taking new initiatives to develop relations.

Recently, a 41-year dispute over the maritime border with Bangladesh-Myanmar has been settled by the International Court of Justice. As a result, the rights of Bangladesh have been established in an area of 1 lakh 11 thousand square kilometers. Myanmar's waters have also been identified. As a result, this problem has been eliminated. The path of creating tension in the Bay of Bengal has been blocked.

Myanmar is rich in minerals, ores, oil, gas, precious stones and other natural resources. The country is a major supplier of natural wood to the world. While attracting foreign investment has been limited to the oil and gas sector, the country has recently shifted its focus to attracting production-based investment. The country is well ahead in power generation due to good investment in hydropower generation. The tourism industry is also a promising sector of the country. Myanmar's economy has so far been limited to extracting natural resources, said Nobel laureate economist Professor Joseph Stiglis, who warned that the country would suffer a "curse of wealth" if it continued. Some resource-rich countries in Africa, including Nigeria, Sudan and Benin, have been plagued by corruption, internal strife and poverty. These countries could not adopt proper wealth management system. Economists have the opinions that if democracy is restored in Myanmar and corruption is reduced, it will not have to go to the level of countries that have failed in wealth management. Therefore, it can be assumed that Myanmar will become a country with rapid economic growth in a few years. The country's biggest economic advantage is that they are members of the ten-nation ASEAN. ASEAN is one of the three most successful trade blocs in the world. The trade consists of Singapore, Malaysia, Indonesia, Thailand, Philippines, Brunei, Vietnam, Cambodia, Laos and Myanmar. The alliance controls about 24 percent of total world trade and their share in world trade is growing every year. Their trade relations with China, Japan and South Korea are deepening due to the increase in trade. ASEAN countries account for more than 50 percent of total trade between themselves and the three countries. As a result, Bangladesh has the opportunity to benefit by strengthening ties with this trade alliance, that is, Myanmar. Bangladesh and Myanmar are among the seven member countries of the Bay of Bengal Initiative for Multi-sectoral Technical and Economic Cooperation (BIMSTEC). Therefore, there is ample opportunity to increase trade and investment relations between the two countries through BIMSTEC.

There are many opportunities to enhance Bangladesh's bilateral trade and investment relations with Myanmar. Through the import of gas and electricity, Bangladesh can get future energy security. The two countries can jointly explore for oil and gas in the Bay of Bengal. Bangladesh can also contribute to the development of Myanmar's infrastructure.

The proposed construction of the Asian Highway, funded by the Asian Development Bank and other donor groups, could also increase land connectivity between the two countries. And there is ample opportunity to increase shipping. Besides, joint investment can be made in fertilizer, plastic, cement, furniture etc. Both countries will benefit if Myanmar produces raw materials and Bangladesh with skills, technical knowledge and labor. Because, Myanmar imports every product. Bangladesh can also export readymade garments.

Covid-19 vaccine diplomacy, counter terrorism approach for the regional security are some sectors. Rohingya refugee problem has made distance between Bangladesh and Myanmar. Myanmar should solve this problem to serve its own and reginal interest. Myanmar should understand that it is the issue of the region. Whole South Asia and South East Asia may be volatile and unstable for this problem.

However, the two countries can also increase production in the agricultural sector through joint ventures. Apart from adopting joint investment projects, Bangladesh can increase imports of various agricultural products including pulses, spices, fish and rice. Thus, enhancing bilateral relations could contribute to the growth of trade and investment relations with ASEAN and BIMSTEC countries. This will create an opportunity to solve the Rohingya problem and stop militant activities. Therefore, Myanmar should take effective steps to strengthen bilateral relations. Pathik Hasan, Dhaka based NGO activist and Writer on contemporary international issues. He can be reached at pathikhasan1141@gmail.com