Major electoral defeat for PTI in KPK. Imran committing major mistakes due to lack of clarity about ‘Riyasat-e-Madina’. By Hem Raj Jain 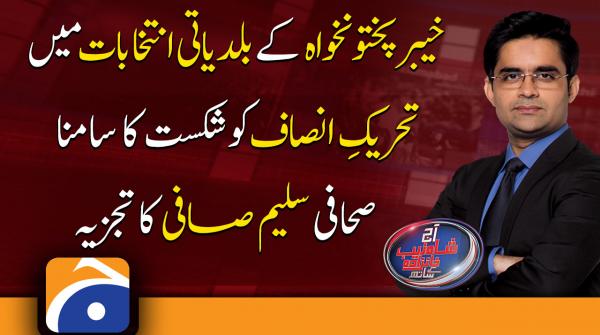 In the local bodies elections of ‘Khyber Pakhtunkhwa’ (KPK) as per results declared on Sunday the ‘Pakistan Tehreek-e-Insaf’ (PTI, the party of PM Imran Khan which has its main political base in KPK) has suffered major electoral defeat as reported at

https://www.thenews.com.pk/latest/918643-kp-cm-decides-to-probe-ptis-defeat-in-local-body-elections-say-sources . The Imran-government is presently experiencing increasing electoral difficulties (not merely in the KPK) due to three reasons especially and mainly the third :-

(i)- Soured relation with Pak military after October 6 incidence of ISI Chief appointment where Imran humiliated Pak military chief General Bajwa hence military decided to not support Imran in any way though Imran came to power in 2018 by rigging of elections by military as alleged by opposition parties of ‘Pakistan Democratic Movement (PDM) and by judicial coup (as per national & international media) engineered by Pak military.

(ii)- Soured US-Pak relationship (because of what Pakistan allegedly did in Afghanistan and due to it’s over-proximity with China) that is why earlier Pak-NSA complained about Prez Biden not telephoning PM Imran after congratulatory message and then Pakistan refused to participate in December 9-10 ‘Democracy Summit’ in the USA. These US-Pak soured relations are causing difficulties for Pakistan at various international forums (including economic / financial) hence making it difficult for Pakistan to manage its economy properly which is resulting in inflation too and which is the major cause of electoral difficulties of the Imran government.

(iii)- Lack of clarity of Imran about ‘Riyasat-e-Madina’ which he wants to establish in Pakistan. The major hurdle about it is the failure of Imran to understand that there is difference between Quran and Hadees and in case of any difference or contradiction between these two Quran should prevail (as in any country constitution prevails over laws). Moreover anybody who has not merely read Quran but has practiced the basic preaching of Quran knows that Islam is a very simple religion hence it is very difficult to practice because as the saying goes ‘bas ki dushwar hai har kam ka asan hona’ (it is very difficult to be simple). Also because Islam is the most modern religion which worships the abstract and not the concrete which is more commensurate with modern science & technology. Therefore if Imran is really serious about establishing Riyasat-e-Madina  then he should do the following:-

(2)-  Secondly Imran should know that the State is territorial but religion is not. Rather every religion proselytizes (not through violence) across the world otherwise it is not religion. Hence Imran will succeed about Riyasat-e-Madina only when he supports only that version of Islam which will be acceptable to other religionists too (like Christians, Hindus, Jews, Zoroastrians etc) if they want to convert to Islam out of their free choice.

(3)- Imran should also know that Pakistan was created in 1947 (led by Jinnah) due to three reasons (i)- Jinnah (though got carried away by Muslim communal elements out of convenience / expediency before and after partition) was basically a secularist (as is evident not only from his lifestyle but also from his August 11, 1947 speech at constituent assembly where he said that religion should be kept separate from the State) and believed (rightly so) that under the leadership of Congress (mainly Gandhi) genuine secularism can’t be practiced in united India (ii)- Jinnah didn’t realize the importance of the ideology of political parties and was unnecessarily apprehensive that in Hindu majority united India the Muslims will not get justice. This defect in Jinnah’s thinking was mainly due to his lack of experience of grass root politics [this defect was in politics of Gandhi, Nehru, Patel etc too, who like Jinnah were all advocates (and behaved in politics also like merely advocates) that was the reason Congress couldn’t stop communal riots during their rule in various provinces (where it’s governments were there or otherwise) before partition and which paved the way for partition of India on communal basis. Gandhi was not even a member of Congress] (iii)- Muslims thought that they were ruling India before the Britishers dislodged them from power hence when Britishers were going the Muslims were entitled to again rule united India which was not possible (as Muslims / Jinnah wrongly thought because they didn’t realize the importance of the ideology of political parties) in Hindu majority India, in democracy.

(4)- Therefore Imran should think of becoming Caliph or Ayatollah of ‘Federation of Secular Democratic mini-SAARC’ (FSD-mini-SAARC), a rather similar role with a different title as ‘Head of the State of FSD-mini-SAARC’. This he can easily become if does the following mainly by realizing that without unifying India again, neither there is any solution to the myriad problems of said mini-SAARC region nor Imran can achieve Riyasat-e-Madina. Moreover Hindus are incapable of ruling united India that is why they opted for partition as Maulana Azad wrote in his autobiography that Gandhi (who used to say that India will be partitioned on my dead body accepted partition when Patel told Gandhi that it would be easier to manage Hindu India than Hindu-Muslim India) hence Muslims under the leadership of Imran should take the lead to rule said FSD-mini-SAARC of mainly Hindu-Muslims.

(5)- Territory is a martial subject and not civilian hence Imran will have to invoke martial power for realizing FSD-mini-SAARC by public statements:-

(i)- Demanding plebiscite in united J&K (mandated by IoA of J&K to India) and also by declaring that there will be plebiscite in Balochistan (who’s IoA was taken by Pakistan by military pressure despite  contrary resolution by its Parliament / Jirga). After these plebiscites, united - J&K and Balochistan can either go to India or to Pakistan or can become  members of FSD-mini-SAARC.

(ii)- Regarding Afghanistan, Imran himself need not say so rather Imran can ask any PTI member to say in media that Imran government doesn’t recognize Durand Line (as an office bearer of PTI  said during TV debate that Taliban will help Pakistan in taking Kashmir militarily as reported at https://www.hindustantimes.com/world-news/taliban-with-us-to-free-kashmir-from-india-pak-govt-leader-on-tv-news-debate-101629818453064.html ).

(iii)- Demanding ‘dual citizenship’ to about 160 million Hindus. Sikhs and Muslims (and their descendants) who were forcibly displaced from their motherland during partition (from India, Pakistan and Bangladesh) which not only communalized Indian subcontinent, thoroughly but has also made partition of India illegal because there was no provision of population transfer in ‘Indian Independence Act 1947’. Moreover Imran should declare that Pakistan (with world community) will ensure (militarily if necessary) if India and Bangladesh fail to provide proper law & order to these Hindus, Muslims and Sikhs who would go there with ‘dual citizenship’.

(iv)- Declaring that huge State-capital of Rs 1,000 Lakh Crore (and increasing) will be recovered (which is not being recovered by government of India under pressure from about one million politically powerful fake farmers) as mentioned at  https://english.newsnationtv.com/article/121125-news-nation-disclosure-on-blackmoney-kharabpati-farmers-take-agriculture-route-t.html   and https://timesofindia.indiatimes.com/business/india-business/Prominent-people-hiding-taxable-income-Jaitley/articleshow/51408323.cms ) and this huge State-capital from income tax will be deployed profitably which will be mainly beneficial to Indian part of but also considerably to entire politically one region of FSD-mini-SAARC.

(v)- Declaring that in regard to basic Islamic principle, the sanctity of currency / money and dignity of labor (not merely physical) will be ensured in FSD-mini-SAARC by ensuring proper asset back of currency (M0) and by keeping interest rate at bare minimum of (say) 4 % even in court decrees (to take care of the expenses of banking and financial institutions).

(vi)- ​​Declaring that because every economically developed country works in its native language (hence they are economically developed) therefore the FSD-mini-SAARC will also work in all fields (science, technology , allopathic medicines etc) in Hindi with Devanagari script (ultimately) except in South India (which also uses Sanskrit, the mother of Hindi, in religion, the Hinduism) which will be free to decide this matter. Punjabi, Gujarati, Marathi, Bengali etc are Hindi variant languages and even Urdu uses the syntax / grammar of Hindi. Hence this one policy will not only make the entire FSD-mimi-SAARC emotionally integrated one country of about 1.9 billion people (of largest market in the world) but will also make Imran readily acceptable to the economically humble population (of the entire mini-SAARC region) which is in overwhelming majority and which is losing its economic battle against those who work in English.

(7)- Imran should also declare that there will be freedom of religion and also freedom about conversion from one religion to another religion out of free choice in FSD-mini-SAARC. This will take care of communal elements in Pakistan (where not merely non-Muslims but even other Muslims like Shias, Ahmadiyya etc too are harassed and killed) and also in Bangladesh where thousands of Hindus have been attacked as reported at https://www.hindustantimes.com/world-news/bangladesh-over-3-600-attacks-on-hindus-since-2013-rights-groups-concerned-101634868827734.html#:~:text=rights%20groups%20concerned-,Bangladesh%3A%20'Over%203%2C600%20attacks'%20on%20Hindus%20since%202013%2C,the%20report%20citing%20government%20data.

(8)- On home front Imran should stop getting bogged down in getting punishment to ‘corrupt’ politicians of the opposition by destroying the judicial & justice delivery system of Pakistan. Nobody says that corrupt politicians shouldn’t be punished but let fair law take its own course and there should be proper court / legal proceedings (not like ridiculously & objectionably happening in NAB) with the right to defend including by right to bail & appeal as happens in all the modern democracies.

It is hoped that Imran will take the establishment of Riyasat-e-Madina seriously by establishing it in mini-SAARC region so that in rest of the world also the Islam (its true and modern version) can be followed (even by conversion out of free choice) by any one whosoever wants to benefit from it.